Switzerland is famous for its mountains (Matterhorn / Jungfrau), precision clocks (Breitling / TAG Heuer) and its food – especially cheese (Emmentaler / Gruyere) and chocolates (Lindt / Toblerone). But it also houses some excellent female fronted metal bands: Ad Infinitum, Deep Sun, Cellar Darling and of course Burning Witches, just to name a few. Melodic dark metal band ASKARA was formed in 2012 and are about to drop their sophomore full-length album “Lights Of Night” on April 8th. We chatted with singer and pianist Myriam ‘Miril’ Schmidt about the new album. 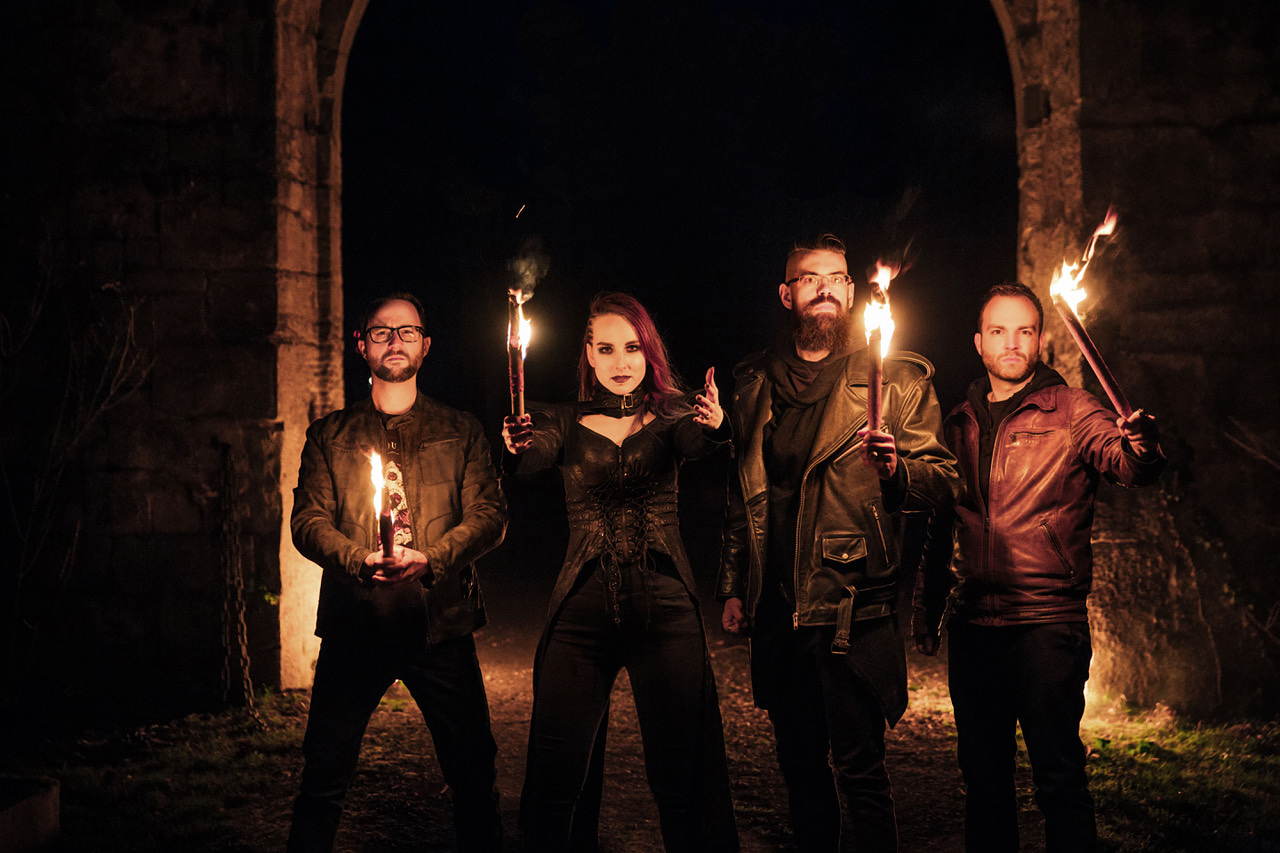 Hello Myriam, or should I say… Miril?

Hi Henk, good to talk with you! Just call me Miril, it’s my nickname and more convenient than Myriam Schmidt – Müller. 😉

It has been very quiet around ASKARA since the release of your debut album “Horizon Of Hope” in 2016. What have you guys been up to all this time?

A lot actually! After a number of gigs and a tour in the Netherlands, Belgium and Germany to promote our debut album we signed a booking deal for the Netherlands and Belgium. Soon we started focusing on writing new material and began a preproduction for the new album in 2019. Luckily, we were able to spend the difficult time of Spring 2020 in the studio to record eleven new tracks. Right now we’re also working on a brand new podcast project called “inside metal – outside mainstream?”. The first episode is already available on our homepage as a preview of the series, which will be officially launched soon.

Looking at the cover art of “Horizon Of Hope” and ASKARA’s new album “Lights Of Night” that we will discuss in this interview, we see one matching element. There’s a bird in a wooded area on both covers. A crow sitting on a branch on the first album and a flying owl on “Lights Of Night”. That is no coincidence, is it?

You’re right, we deliberately chose the second artwork according to our current concept that includes different species of birds in a mystical and gloomy environment. The beautiful setting is again a creation from the skilled digital artist Consuelo Parra. The symbol of a bird in flames is also a part of our logo and appears as a metaphor in our lyrics and on our merch.

In the run-up to “Lights Of Night” you released three singles, “Dark Night Of The Soul, Pt. I”, “Hibernation” and “By God”. Let’s start with the first one. The lyrics show a pretty depressive feeling. Hopefully not your mood at the moment?

To be honest this actually was my mood when I wrote the lyrics over two years ago. I was facing depression at that time and had to express my inner world through music and poetry. It is often very difficult for people to talk openly about depressive feelings or mental problems, that’s why i.e. music and creativity is a very important and vital instrument of mental hygiene. At that time of struggle I discovered a strong inner will to push through even if I didn’t feel like it, even if I didn’t see an end to my problems. But giving in was no option and that’s my message for listeners of “The Dark Night Of The Soul Pt. 1”: Don’t give in to whatever is keeping you down, even if you don’t know why at the moment. There is more strength in you to push through than you might yet know.

The title has the extension “Pt. I”, this indicates that there will be a “Pt. II” as well?

Yes, there’s already a musical outline for “Pt. II“. The story – my story – of the dark night of the soul (which is a medieval term for depression) is not over. The soul is a very fragile part of us human beings, but it’s also incredibly strong, enduring and maturing through our individual experiences.

“Hibernation”. Please tell us in your own words what this one is about.

The theme in “Hibernation” enfolds around my personal experiences as a highly sensitive person (HSP) which is a nervous disposition of about 20% of humanity and is basically a neutral condition (meaning it’s not a disorder or some weird kind of sensory gifting 😉). For myself it means what I’m trying to process in the lyrics: often feeling overwhelmed when a lot is going on around me, having a rich and complex inner life, sometimes feeling challenged when coding and decoding communication with other people… In this song I focused on one particular aspect that also people dealing with heartbreak, relationship issues or just a feeling of alienation (that maybe many of us experienced during the development of the last two years) can relate to: feeling paralyzed, frozen, falling silent. 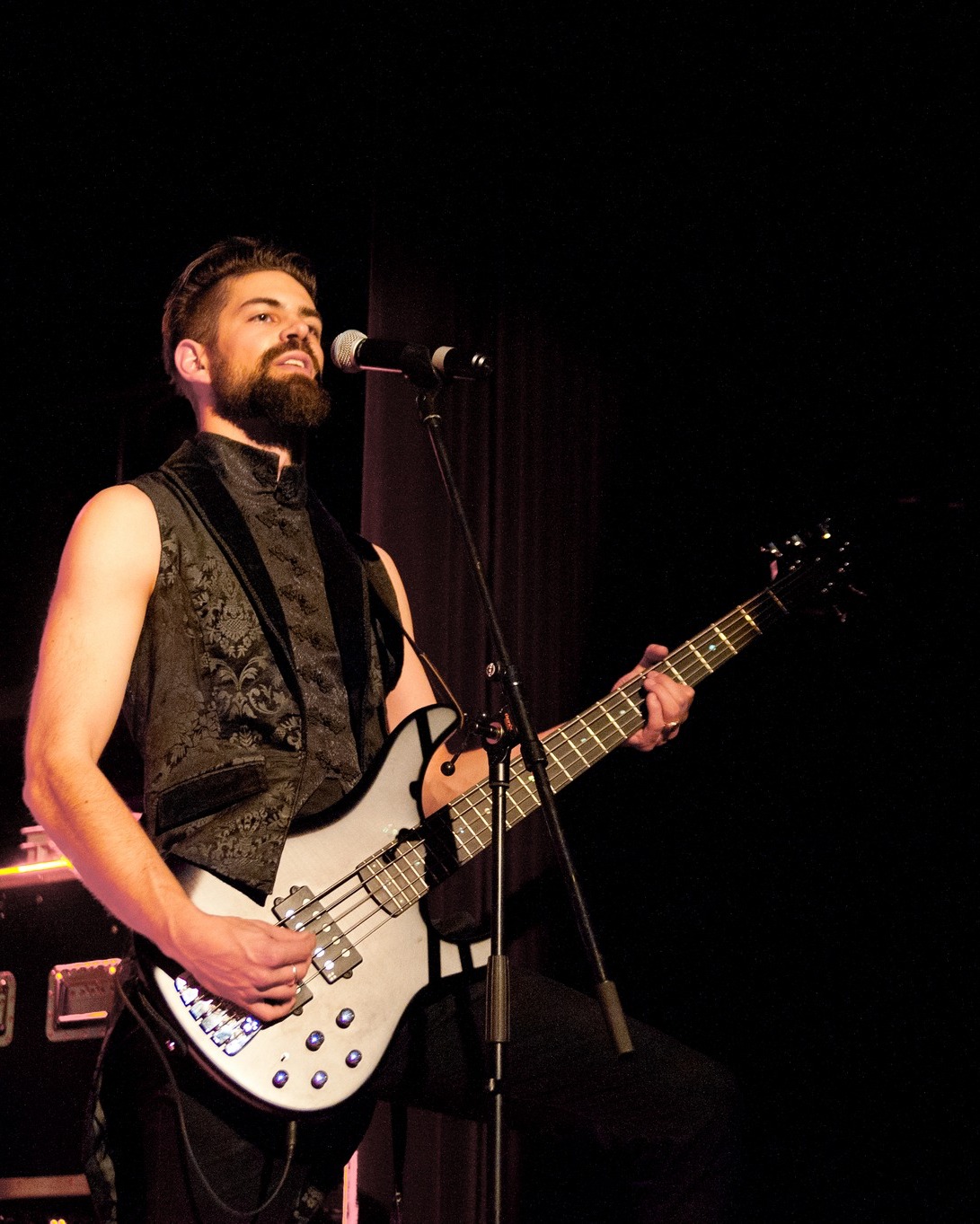 “By God” reminds me of “Broken Wing”, a ballad from the debut album that I love very much. However, contrary to “Broken Wing” we also hear harsh vocals from bassist Elia Schmidt on “By God”, and on the entire album as a matter of fact. More than on the debut album, it seems…

We never saw us as a typical female fronted band even though people liked (and still like) to count us among those bands.

That’s exactly the stylistic direction we are pursuing on our second album: more crushing heaviness combined with melodic and vocal delicacy. Thus more of the monstrous growlings from Elia spreading dark and ferocious atmosphere while I’m adding clear, emotional and soaring melodies and harmonies.

“The Birth Of A Star” is actually a prelude or a variation of the last album track “The King’s Song”. But there is an instrumental reprise on our second album called “Reprise: Harbour Lights” which indeed has a conceptual connection to the “Reprise: The Flight”. It’s again a very reduced and calm track again consisting only of a piano and base line and some atmospheric ocean sounds, whereas in “The Flight” there are breezes of wind in the background.

Track #3, “Through Fire”, is completely sung by Elia. We only hear you in the background at the end. That makes you no longer a female fronted metal band pur sang.

I agree! We never saw us as a typical female fronted band even though people liked (and still like) to count us among those bands.

“To Ailsa Rock” is a slow gothic rock track with a typical guitar sound, and with your clean and Elia’s harsh vocals it characterizes the music of ASKARA today. If someone asked you to describe the sound of ASKARA, would you refer him/her to “To Ailsa Rock”?

That’s a tricky question! =) “To Ailsa Rock” expresses more of the doom influence in our music than other songs do, but it also includes the doleful cello part, the growls evolving to a very sinister and gloomy atmosphere, then the song intensifies with those soaring and iridescent vocal harmonies in the outro that I added with much dedication. So yes, this is a proper track to introduce someone to our music. If you want a shorter song then I’d recommend “Nocturne Of Cold Mystery”.

What exactly is the function of the second instrumental “Reprise: Harbour Lights”?

I think both our short Reprise tracks want to allow the listener a short breath of air to ponder about the songs he just heard, to remain for a little while in these soaring heights or on the brim of the wave before it breaks into the next song. 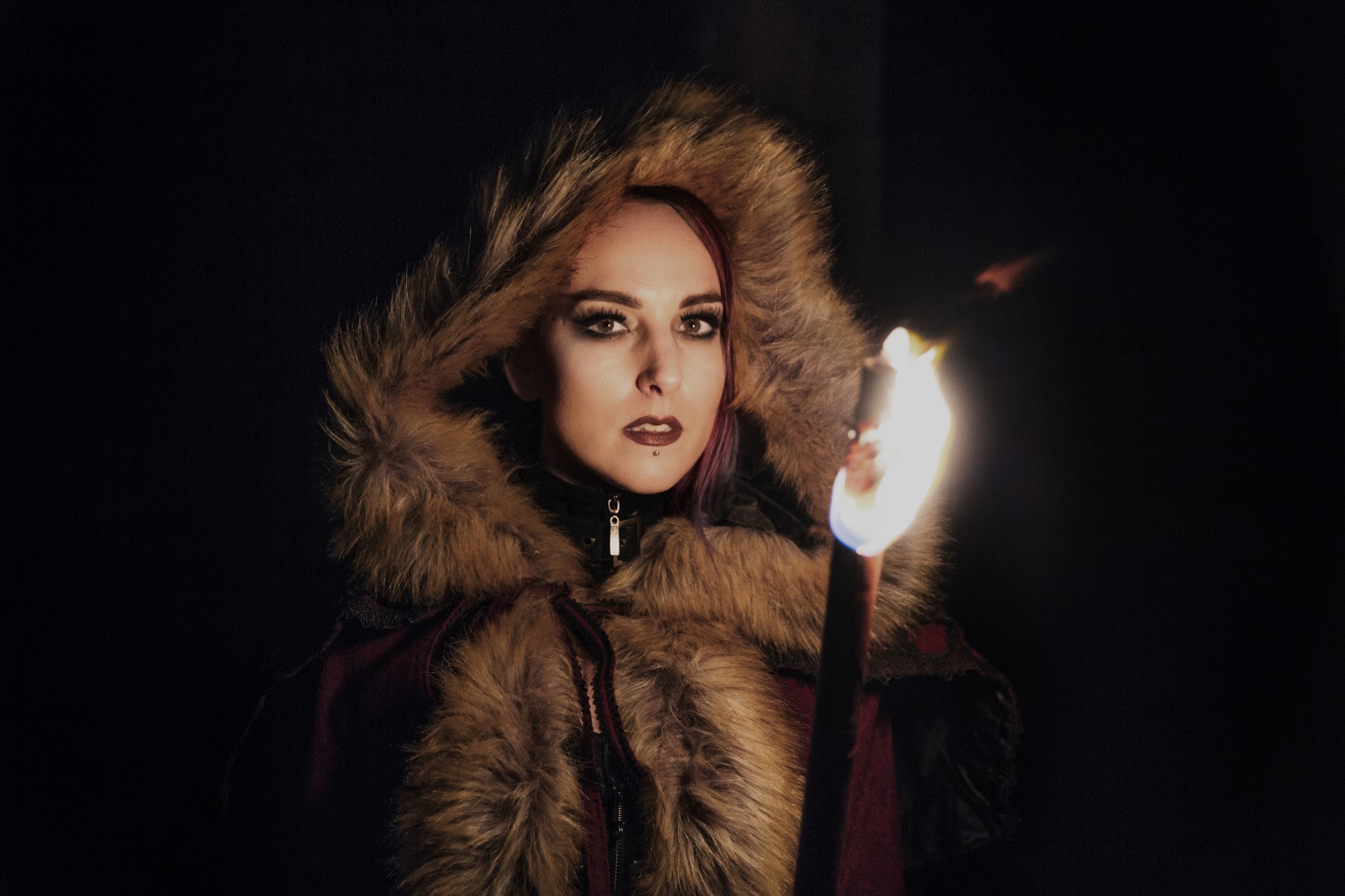 “Seven Years” is another beautiful song starring you on piano and vocals. But the lyrics are again not really uplifting. What happened in those “seven years of darkness and pain”?

I love that you actually ask about these lyrics! They deal with a night moth called “Eriogaster Lanestris”. Their caterpillars actually pupate for seven years! Isn’t that crazy? That really stirred me – those little caterpillars stay all alone hidden somewhere for such a long time, enduring transformation only to emerge from their hideout and live as moths for a short time. I wrote this song for all the “human” Eriogaster Lanestris among us, because I think it’s a beautiful metaphor for the processes and experiences we go through. Sometimes these periods in life feel dark and painful and endless. And then as the lyrics say, right at the moment the caterpillar seems to die it actually gains new life and turns into a beautiful and miraculous night moth! So again, I would say there is light in the dark, there is hope expressed in the seemingly sad lyrics.

The last two tracks on “Lights Of Night”, “Viator” and “The King’s Song”, are typical ASKARA songs that we’ll leave for the listeners to discover. ASKARA’s debut album was released independently, but “Lights Of Night” is your first album for Fastball Music. What’s the deal (album related) you made with them?

We’re very happy about this album deal with Fastball Music because they have the same ideas and philosophy when it comes to music promotion as ASKARA does. Our deal includes the promotion and distribution of “Lights Of Night” in physical and digital form, the production of 3 video clips and 2 lyric videos and a possible follow-up album.

The album release show will be on May 21st in Basel, Switzerland. With the new album and new merchandise in the pocket, are you going on tour through Europe after that?

We’re working on that as we’d love to tour with the new album and because we think it has large potential to reach new listeners. Unfortunately, it’s still very hard to plan and organize international tours and we haven’t been successful ‘til now. We’ll keep on trying to find possibilities to play abroad!