A new band with two people who have already earned their stripes in the metal world, Hydra’s singer Lisa Rieger and Void Moon’s bassist Peter Svensson, is of course very interesting for a female fronted metal website. However, the Facebook page of the band in question, AMAUROT, doesn’t give sufficient information and the only way to get answers to questions is… an interview. We got Lisa and Peter willing to answer our burning questions. 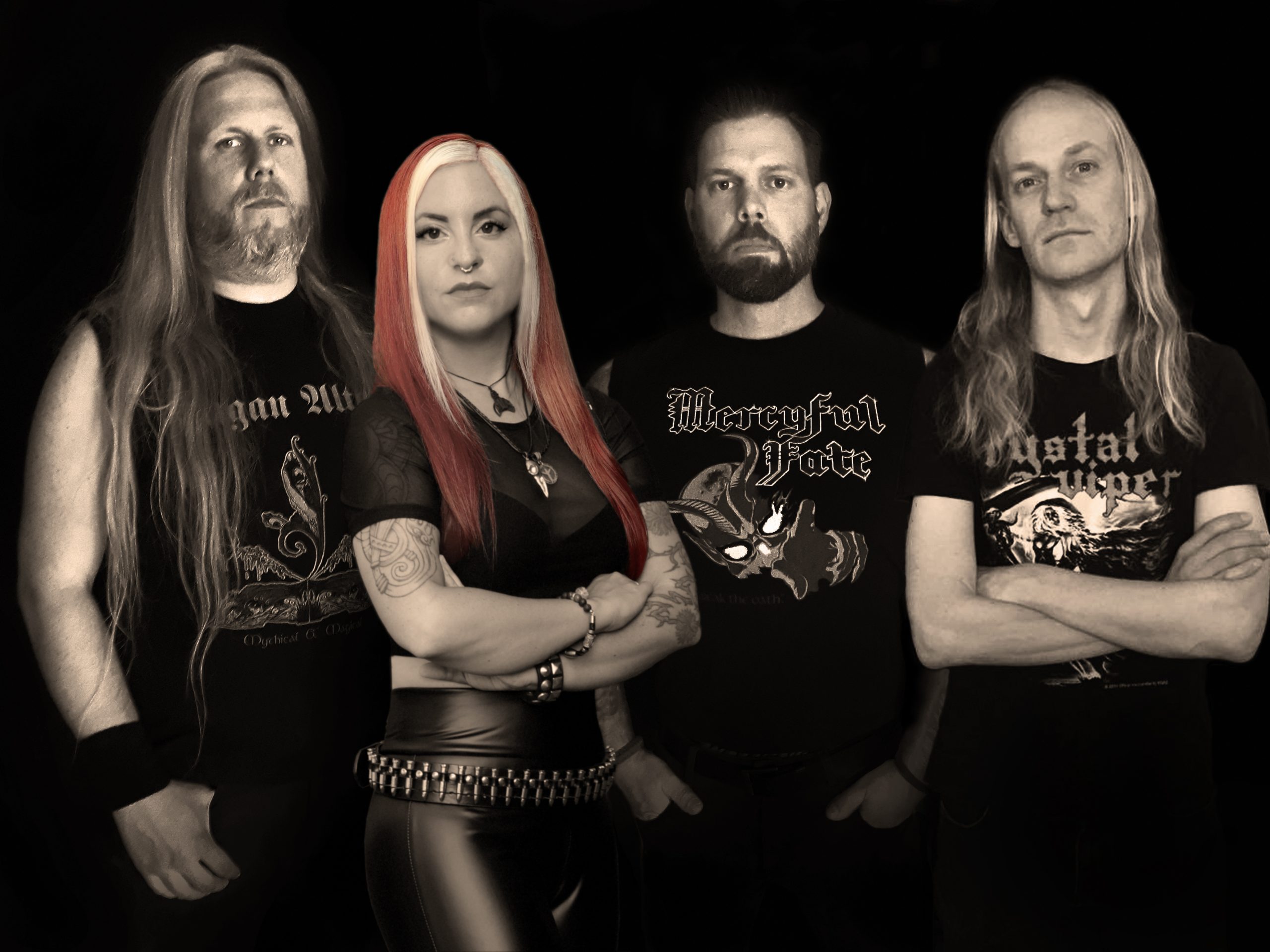 Lisa, as the vocalist of Hydra, why did you feel the urge to start something new with Peter Svensson?

LISA: First of all, thanks for inviting us to this interview and for your interest in AMAUROT, dear Henk! Well, personally I wouldn’t call it an urge – in the beginning of 2019 I had the wish to create something new which isn’t connected to my band Hydra. When you are in a band you often stick to a certain genre – in case you want to do something else, a different kind of music, then the easiest way is to start something under a new name. I see myself as a very creative person and it fulfills me to show different facets of my art and of the perspective I see the world. As a fan of the classic Within Temptation (which sounded a lot like classic doom/gothic metal) and Draconian I was searching for likeminded people who’d be interested in a project. After a few months without any result, Peter contacted me and immediately sent me some really promising demo songs. The two most important things for me when making music together are songs that appeal to my taste (I guess that’s obvious, haha) and to have a good chemistry with your working partner(s). If you don’t get along well with each other and just do it because you like the music, there won’t be any creative flow. 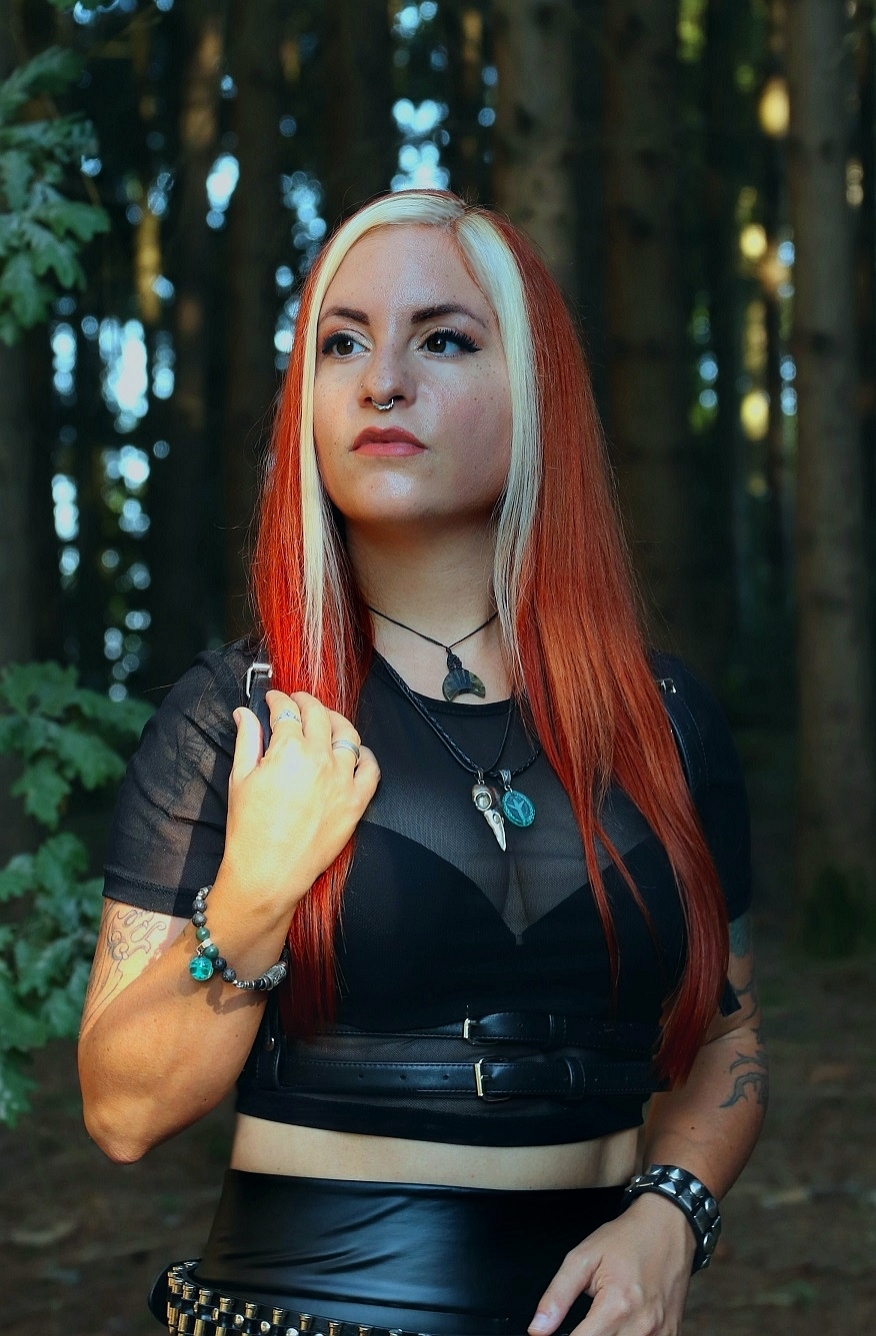 The name AMAUROT needs some explanation.

PETER: The name AMAUROT comes from the book “Utopia” by Thomas More. It is the name of the capital of the fictional island Utopia. “Utopia” describes the ideal society as seen through the eyes of Thomas More in 1516. As a band name it describes our yearning for a simpler, ideal time. Back to nature, if you will.

“The seed for AMAUROT was sown in 2019” it says on AMAUROT’s Facebook page. Yet, the first post on that same Facebook page was published in December 2021. Why did it take that long? Normally, new bands are eager to start writing and release new material.

LISA: Peter and I wanted to wait with publishing it on social media until we have something to offer, not just a few fancy pics or words or half-baked demos. To come up with social media months or even years before there’s a release in sight is something that not only a few bands do, but we wanted to do it different. So we posted a teaser along with the announcement of the band, and it feels really good to have that small appetizer so people can get a first impression of what’s to expect.

The debut album has already been recorded and is ready to be released this Autumn. What’s the title of the album and why does it take so long?

LISA: We were working on our songs from 2019 to 2021 and one important thing why the cooperation is still going so well is the fact that we always keep reminding each other that we’re not in a hurry and we don’t need to stress. That, and the fact that I can be an annoying perfectionist at times, led to two years of songwriting and recording. Of course, also the mixing and mastering took some time. Now I can say that finally there’s an end in sight and that we are more than ready to release our debut album “To Tread The Ancient Waters” this year!

The teaser on AMAUROT’s Facebook page counts six tracks: “Aether Child”, “To Tread The Ancient Waters”, “Phoenician Ashes”, “Starless Sky”, “Ritual” and “Gone Forever”. Is that the final tracking list or will there be more songs on the album?

PETER: The complete album will contain eight songs, clocking in at about 52 minutes in total. We are still discussing the final track listing, so the order in the teaser is just to have a good flow of the snippets.

…the fact that I can be an annoying perfectionist at times,

led to two years of songwriting and recording.

How would you describe the sound of AMAUROT or in what genre would you place the band?

PETER: I would describe our sound as a mix of Candlemass and Draconian. The heavy, straight forward riffing and doomy drums of Candlemass, combined with the mix of growl and clean female vocals and keyboard patterns of Draconian. Of course, there are several other bands that we are influenced by and that we might remind the astute listener of, Solitude Aeturnus and Lethian Dreams are two that spring to mind right now. 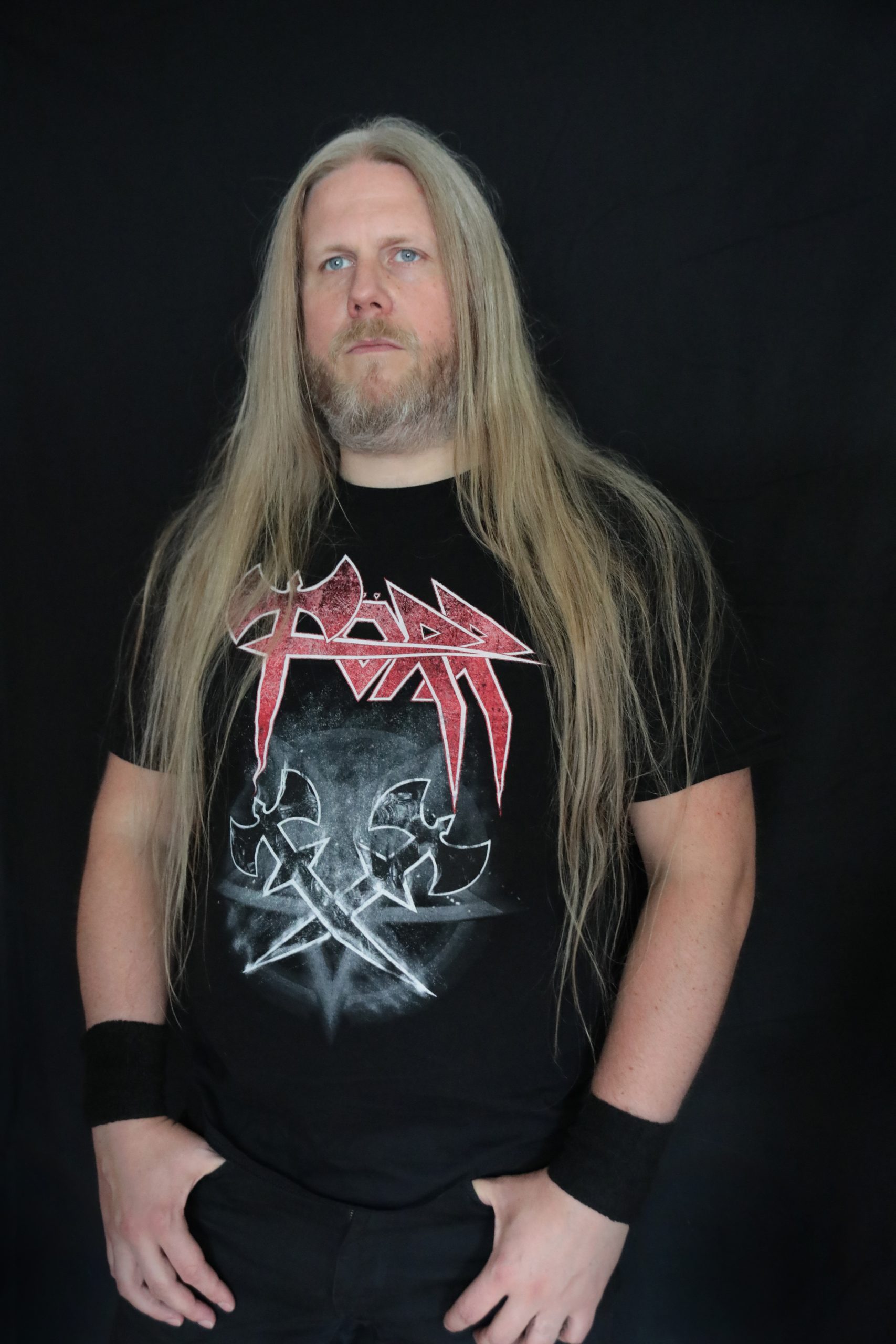 One of the guest appearances on the debut album was done by Xiphea’s Sabine Meusel. Why her and on what song can we hear her?

LISA: I do a lot harsh vocals on this album and I absolutely like the beauty-and-the-beast vocal style. On the song “Ritual” I do some growls in the chorus and we thought it would be nice to have a female voice that’s singing the same words as I am growling. Sabine is a dear friend of mine and when I thought about a delicate, sweet sounding voice she immediately came into mind. I knew that she would deliver a light, aetherial sound to the song’s chorus, exactly what I was aiming for. Moreover, in the verses you can hear clean singing of both Sabine and me. To sum it up, I am really pleased with the result and “Ritual” definitely is one of my favourite songs.

Is there the intention to go on tour with AMAUROT as well after the album is released?

LISA: In 2019 and 2020 my answer would have been no. Nowadays I am more open-minded when it comes to that but we have no plans at the moment. We will see what the future brings and I’d definitely be happy to share the stage with the boys some day!

One last question about Hydra. Their last album “Solar Empire” dates from 2016, more than five years ago. Isn’t it time…?

LISA: Haha, yes. Maybe it’s about time… Although we haven’t released any new material since 2016, a lot has happened behind the curtain – new songs, the plan to release a third album, a little writer’s block, creative burnout and a lot of private stuff to handle. There will be a band meeting in the next weeks in which some ideas will be discussed with the other bandmembers. Hopefully we can give you an update on how it’s going soon.

Again, thank you so much for your interest in AMAUROT and for interviewing us. Stay tuned for the upcoming release and all the best!