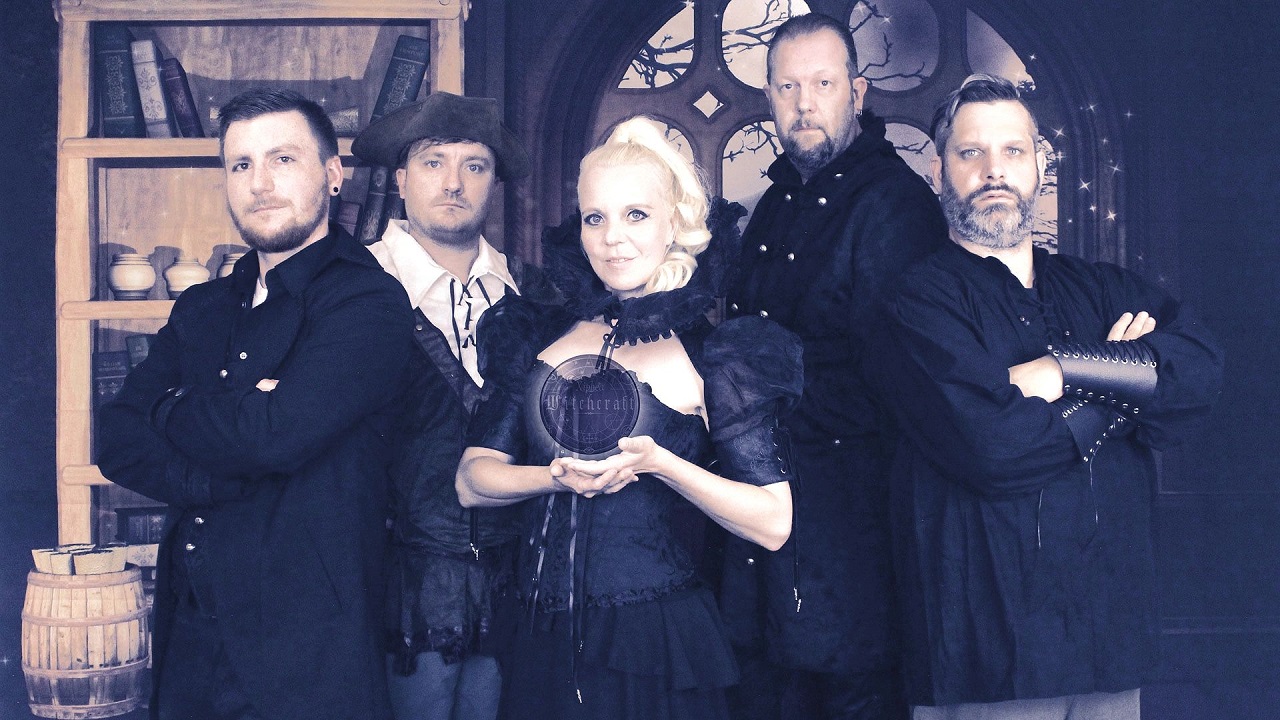 Fairytale metal is a distinctive genre in the metal world and only a few bands use it for their lyrics (based on existing fairies or self-invented). German symphonic fairytale metal band XIPHEA is one of them and with already four full-length albums in the pocket, including the last one “Witchcraft” (released on November 1st, 2021), it’s about time you learn more about this unique band. Singer Sabine Meusel is our interlocutor.

First of all, how was the album release show for “Witchcraft” at the E-work in Erlangen on October 29th?

It was a fantastic night with a very warm and magical atmosphere. Due to the pandemic situation it was the first concert after 1,5 years. So we were truly excited and happy to meet a lot of good friends. 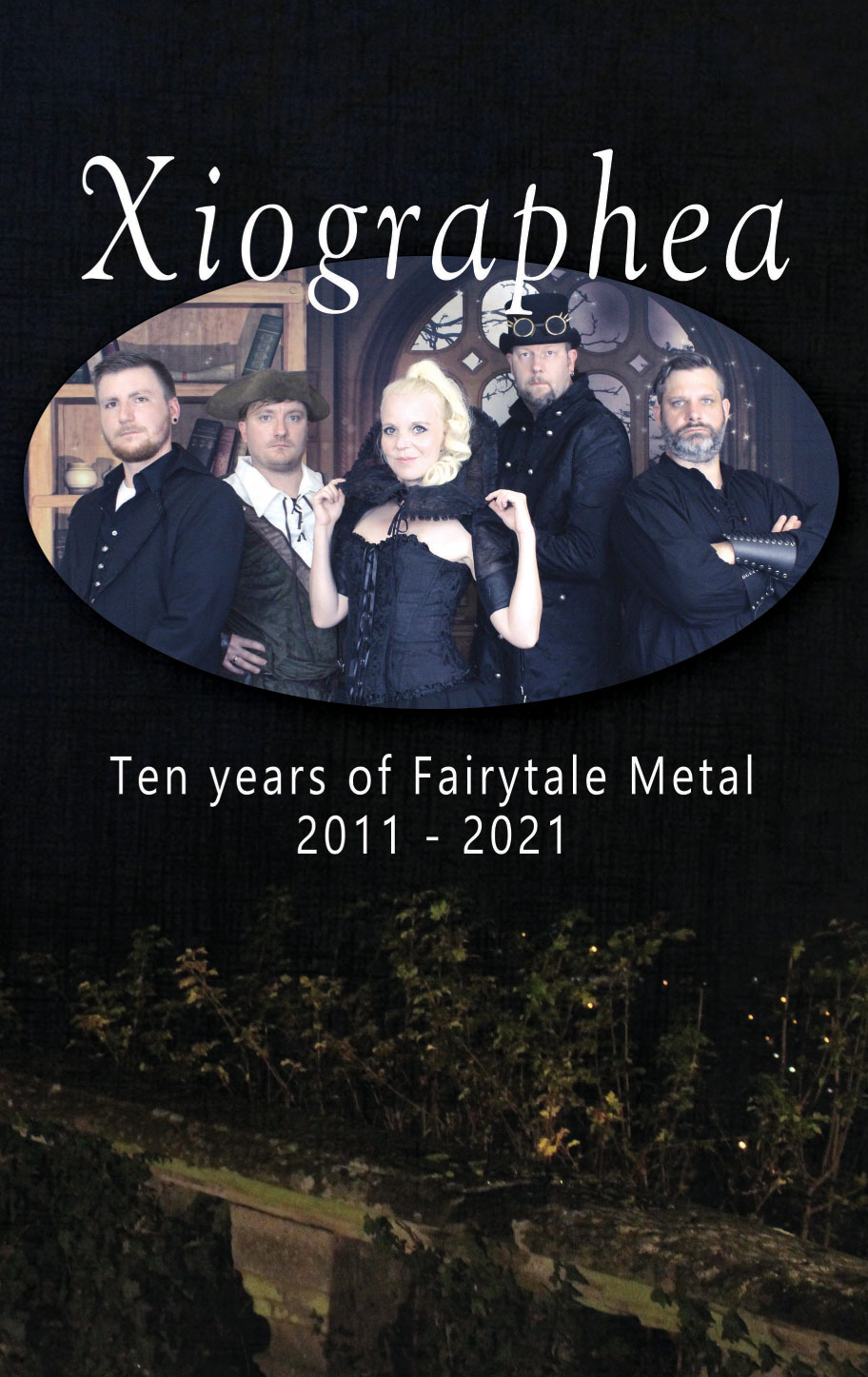 The name of the German city where it was held couldn’t have been better, as Erlangen means in English ‘to achieve’ or ‘to accomplish’. Is the release of the new album something you and XIPHEA have achieved or accomplished?

We worked hard on the new album because it is our ten years anniversary album. So we wanted to create something special. I think we achieved our goal because we are very happy with the result and proud of our new songs.

Once upon a time… someone wanted to tell fairytales in a musical and heavy way. Symphonic metal is a very colourful, strong style of music which makes it possible to create worlds of fantasy that you can dream of only by listening. In fairytales a lot of things come together: good and bad, poor and rich, wise and stupid, beauty and the beast… Likewise, fairytale metal brings together the heaviness of e-guitars, drums and the beauty of violins and choirs. So fairytale metal is a combination of symphonic metal music and the stories from our childhood.

Let’s have a look at the new album, starting with the cover. There’s a sort of star on it with all kinds of symbols. Please explain us how to interpret this and where did you get the idea for the cover art and who made it?

We wanted to use something that reminds people of witchcraft. Symbols that you can find in books of magic or in an enchanted forest. We liked the idea to show something that is a little mystic and the result is our XIPHEA pentagram… the key to a lot of great spells. The inspiration came from movies, books and internet research. Like the last artworks we designed the complete cover artwork by ourselves.

Opening and title track “Witchcraft” starts with a nice lullaby and is everything one would expect from a fairytale metal band, including a beautiful choir with, among others, Susan Noto (ex-Brocelian), Hydra singer and also ex-Brocelian’s bassist Lisa Rieger and Seraina Schöpfer from Dreams In Fragments. All friends of XIPHEA?

We had support from a lot of female singers for our choir parts. But all the ladies you named are friends or women we shared the stage with and stayed in good contact.

“Ghost Ship”, the third track, is clearly based on Davy Jones and his doomed ship, the Flying Dutchman. This character can also be seen in Pirates Of The Caribbean: Dead Man’s Chest and At World’s End. What made you and Neil (Meusel) decide to write a song about this ghost ship?

It’s a fantastic story. Very dark but also deep with a beautiful message. There are different versions of the tale so you can choose your favorite one by writing the lyrics. Since we always got the music first, it gives a feeling what the fairytale should be about. Listening to the sound of “Ghost Ship“, I thought of waves and the dark deep sea. 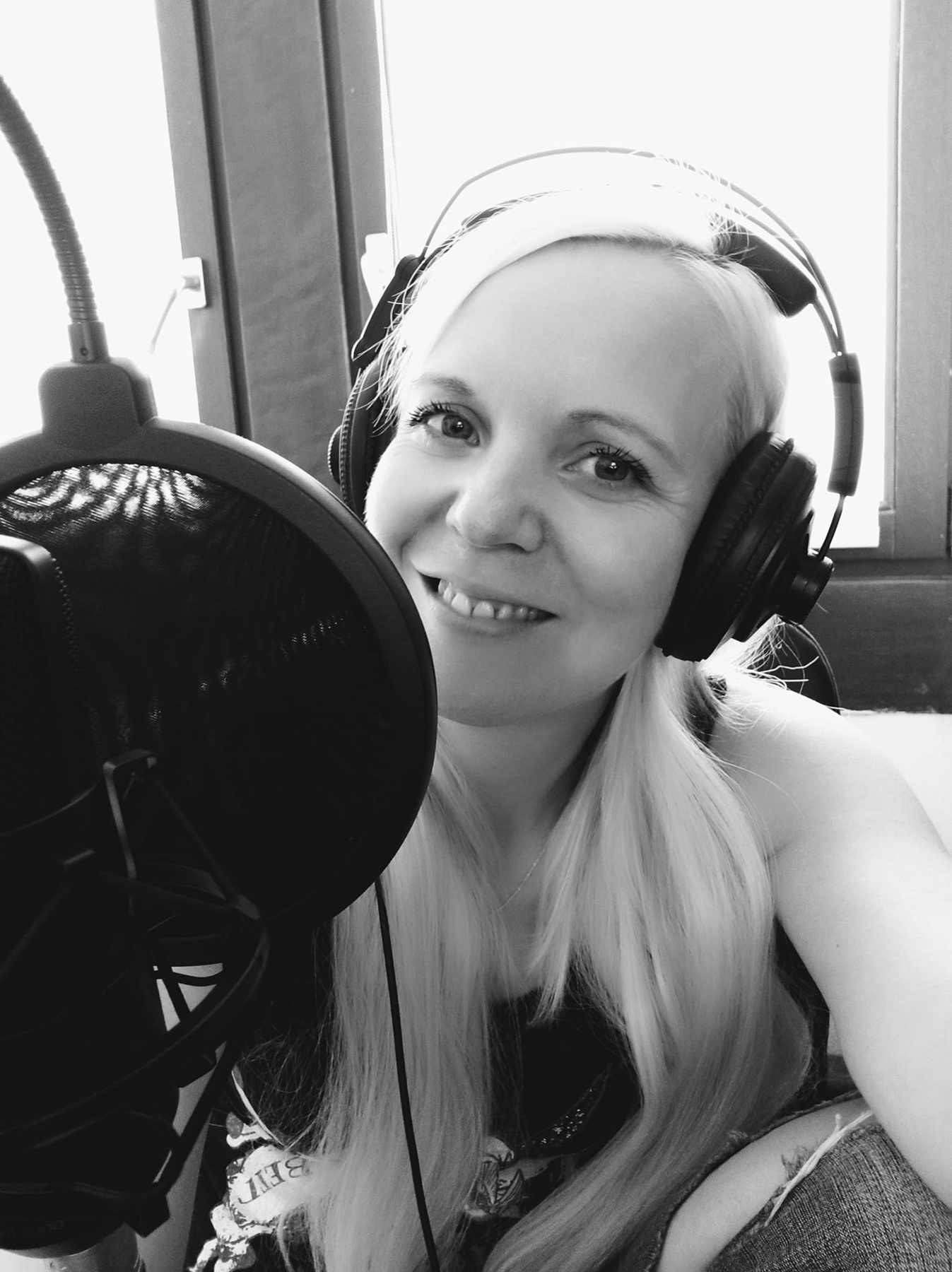 Another film character and the title of the ninth track is “Baba Yaga”, aka the boogey man. If you are familiar with the John Wick movies (starring Keanu Reeves), you know that the Russian gangster boss (played by Mikael Nyqvist) calls John Wick “the man you sent to kill the fucking boogey man” and that he is very afraid of him. Is the song also based on this character or did you get inspiration from another story? Are you a movie lover?

I am a movie lover, but I have to admit I never saw one of the movies you mentioned. Well I should now. 🙂 I know Baba Yaga from my childhood. It´s a creepy fairytale character from Eastern Europe culture. I had a book with Russian fairytales where Baba Yaga was an old witch living in the woods in a house on chicken legs. I remember a picture of her in the very same book… it freaked the hell out of me. In our song she represents one of many smart, independent women who were unfairly killed or burned as witches in the past. She´s a good and gentle woman in my story.

The ‘outsider’ on “Witchcraft” is definitely “Die Rose Blüht”, because you sing it in your native tongue German and it is a beautiful semi-rock ballad. What made you write German lyrics for this song and what is it based upon?

People asked me to write one song in German. So I thought I should fulfil these wishes on our ten years album after the love and support we got from our fans over the years. It´s about the curse that transformed a vain young prince into a beast. The person who cursed the young man was his own aunt, but she wants him to learn what the meaning of true love is. I guess you recognize the fairytale now. 🙂 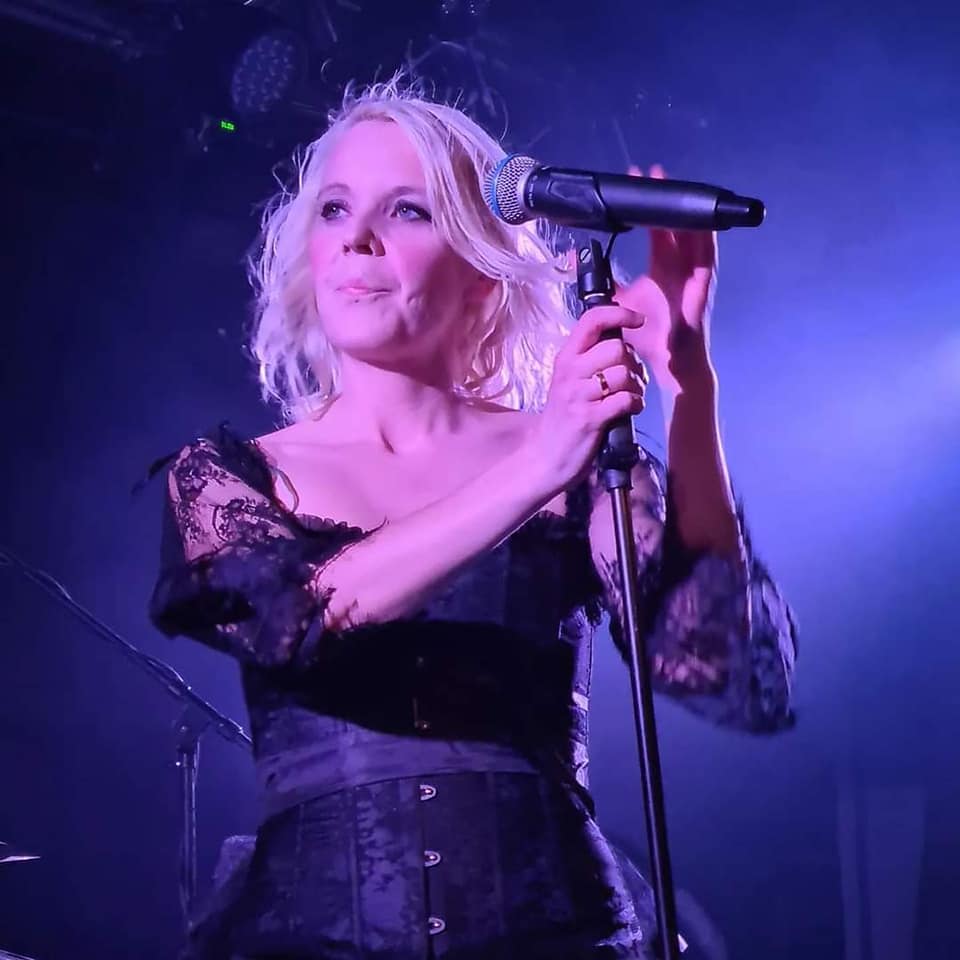 The album contains three tracks that last longer than six minutes, the aforementioned title track “Witchcraft” (7:33), “True Love’s Kiss” (6:25) and “The Sorcerer’s Apprentice” (6:53). The latter is one of the fastest and heaviest tracks on the album and a personal favorite. The growls and shouts on this song were done by Lisa Rieger and Silvia Goldhammer. Did you try to do them yourself and are you in for writing more songs with a longer duration?

No, I never tried growls or shouts. For fun maybe… It was Neil´s idea to invite Lisa and Silvia for the growl and shout parts, because he knew how amazing they sound and that it would be a great collaboration. We produced long songs in the past like “Sweet The Tale”, “Ice Blood Cave” or “The Prophecy”. Some stories need more time to be told because of complexity or development. So now and then XIPHEA comes up with a longer song.

Before the release of “Witchcraft”, you did six podcast episodes called Märchenzeit (fairytale time), from May to September. Then you ended the run-up to the actual album release (on November 1st) with the show in Erlangen on October 29th. Can we say that the “Witchcraft” circle is round now and that you can look forward to the future? What are XIPHEA’s plans?

There will be three more episodes of “Märchenzeit” this year. We also are planning new shows for 2022, but unfortunately we are at a bad place concerning the pandemic situation here in Germany. Everyone who knows XIPHEA knows that we never rest long. We just love writing music so much but the rest of the year will be a little peaceful. 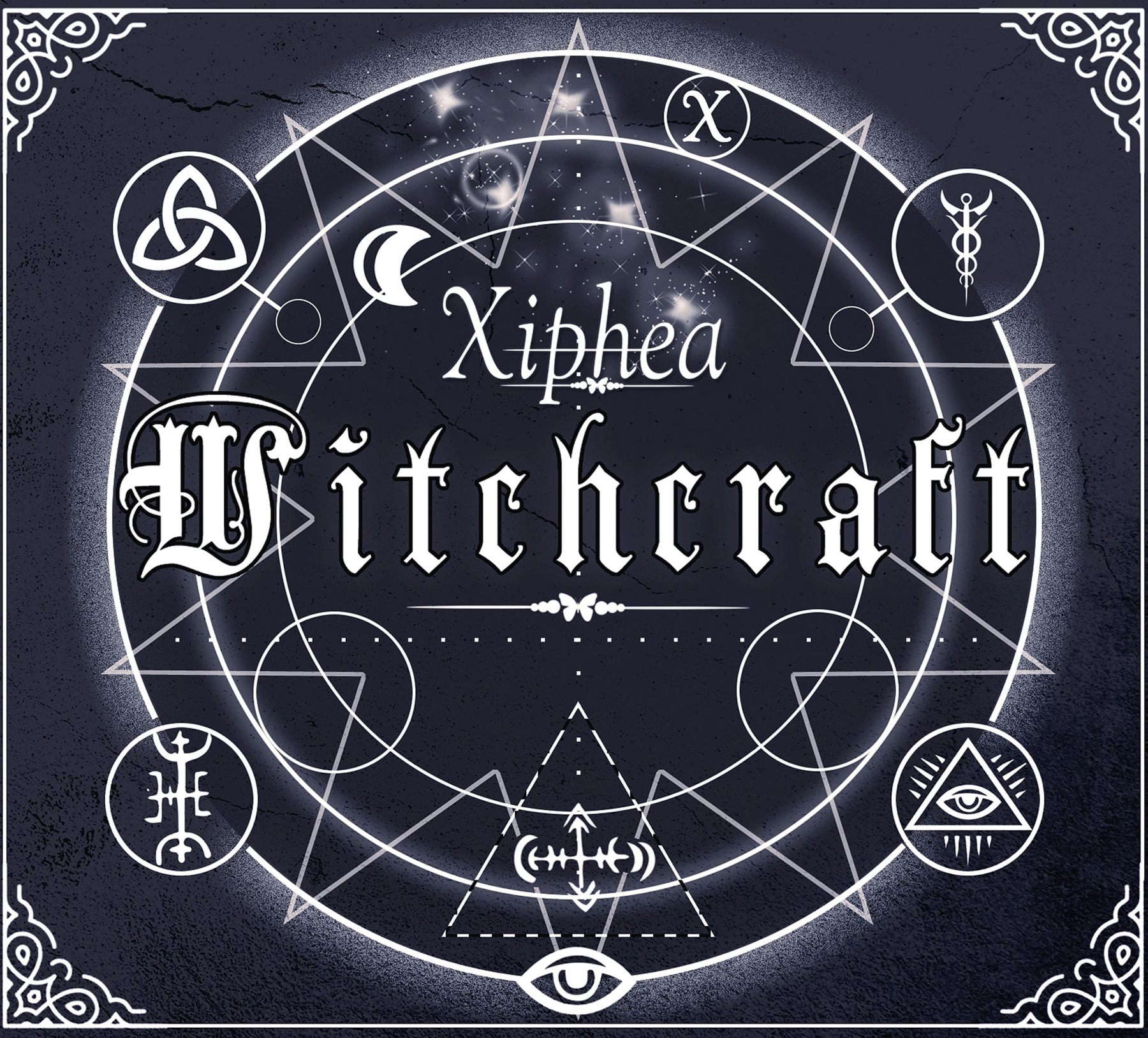 This interview has come to an end. “Witchcraft” is definitely XIPHEA’s best and strongest album so far. But if it would need an elevator pitch to convince people to listen to it and buy it, what would you say?

Thank you for your interest in “Witchcraft” and the kind words about the album. I would tell people that “Witchcraft” presents a lot of exciting stories and characters. More songs – very various and powerful, also sweet and lovely tunes, a little creepiness, all that you want when you need a potion (yes potion) 🙂 of fairytale metal.