FALSE MEMORY (/ˌfɔːls ˈmeməri/): a memory of something that did not actually happen (psychology) – Oxford Advanced Learner’s Dictionary. Well, we all have them in our lives, don’t we? And it’s food for psychologists. Italian guitarist Francesco Savino formed a band in 2015 and named it after this term in plural. FALSE MEMORIES released a self-titled EP in 2016, followed by a full length album “Chimerical“ in 2018. In that year, vocalist Rossella Moscatello joined the band and that was exactly the boost they needed. Frontiers srl picked them up and on May 7th the second album “The Last Night Of Fall“ was released. We had a talk with Rossella about this new album. 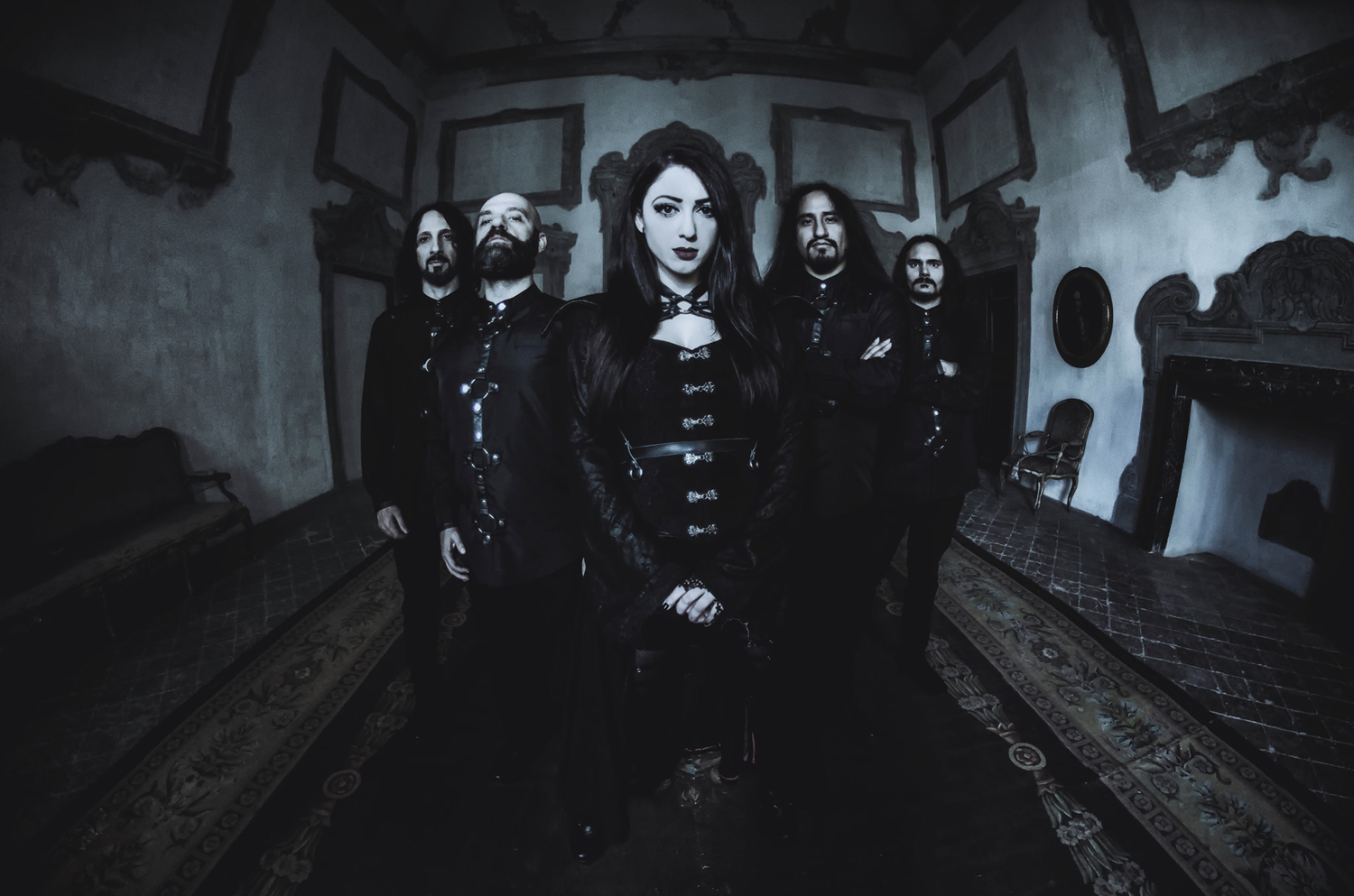 You’ve changed labels in October 2020 from Rock Of Angels Records to Frontiers srl. How important was this for the new album?

I think it was an important step for us. Rock Of Angels is a good label and we had the pleasure of collaborating with them, however we wanted to grow more and that’s why we chose Frontiers Records. You may not know that Frontiers Records was not the only record label we had contact with last Summer, other labels offered us interesting offers after our submissions, but in the end we chose Frontiers, which gave us the best offer. Apart from that, we feel at home: their work is excellent and, combined with ours, I think it is very effective.

Frontiers srl wrote on your signing: “When Italy’s FALSE MEMORIES sent us their music, we were instantly captivated by their mixture of gothic, doom and progressive metal, played by stunning musicians and utilizing captivating vocals”. That’s quite a compliment.

Oh yes! We really appreciate their enthusiasm in having us on their thriving roster and it is absolutely a pleasure and honor for us to be a part of it! 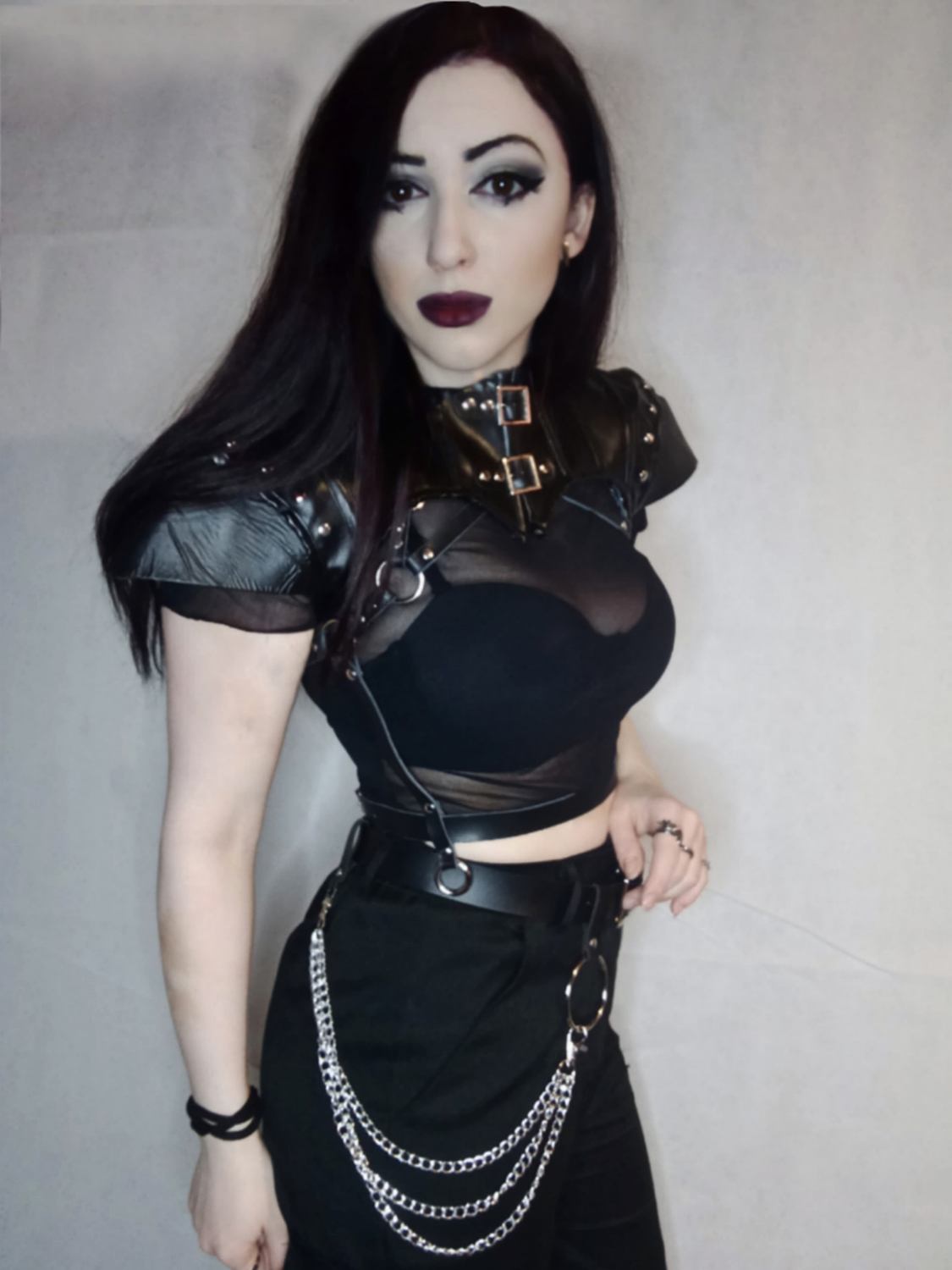 Simply, we had chosen him because we appreciate his works. He is a great artist and musician, but now he also is a great friend.

The first single and official music video off the new album “The Last Night Of Fall” was “Voices”, released on March 16th. Definitely not a love song, as there is more than meets the eye in the video.

Definitely not a love song! Usually I don’t write love songs, it’s not my cup of tea, but I think that I can express love in different ways, and in this case you may find ’love’ in “Voices” too if you captivate the meaning. Often, when we talk about mental care, psychology and social themes, we want to stay on people’s side and say to them “We are with you, you are not alone”.

You’ve also recorded a One Take Vocal of “Voices”, something that we see more and more done by female vocalists. Why are you all so keen on doing this?

I think not only female vocalists have done that, I’ve seen a lot of One Take Vocals from male vocalists too, it’s not a ’female issue’, I mean! I can simply say that people love it when their favorite singer does that performance, so singers (male or female, it doesn’t matter) do it. It is a nice way to keep a connection with the fans.

The second single and official music video for “Rain Of Souls” was released a month after “Voices” and immediately it becomes clear that these two songs are ‘connected’. Which also explains the “to be continued” at the end of “Voices”. When we look further at the lyrics of these two songs, the title of the new album and the cover art, it looks like you’re trying to warn us for very dark times ahead of us and that we have to do something about it NOW!

Yes, the message is very clear and we wanted it to reach everyone very easily. The two songs we chose not to have a real connection between, only represents one of the most important messages that we wanted to give you. There are around 8 billions of people, so you may say ’it is a huge number of people, there are a lot of people’, but at the same time the main part of this 8 billions of people feel alone and lost. We have a target, we want to spread the word of solidarity to all those people and we want everyone to help who needs support. Not always having a lot of money is the solution, sometimes simply giving love may be helpful.

Interesting detail however is, “Voices” was released as a video before “Rain Of Souls”, whereas on the album the track order is reversed. Makes one wonder, are there more twin-sister songs on the album or even bolder, do we have a concept album here?

If you take psychology as your main theme, you could say that “The Last Night Of Fall” is a kind of concept album. The arrangement of the tracks is just a coincidence: we thought “Voices” was perfect as the first single and then “Rain Of Souls” as the second one, but the order of the eleven tracks of the whole album is that, since we thought it was the perfect list, we liked it. By the way, there are two tracks that you might consider to be ’twin’ songs, and those are “White Crows” and “Unfaithful Dreams”: both songs are about two strange dreams and are linked like a song, there is a kind of ’dream in a dream’, a concept that you also find in the famous film ’Inception’ which I love. 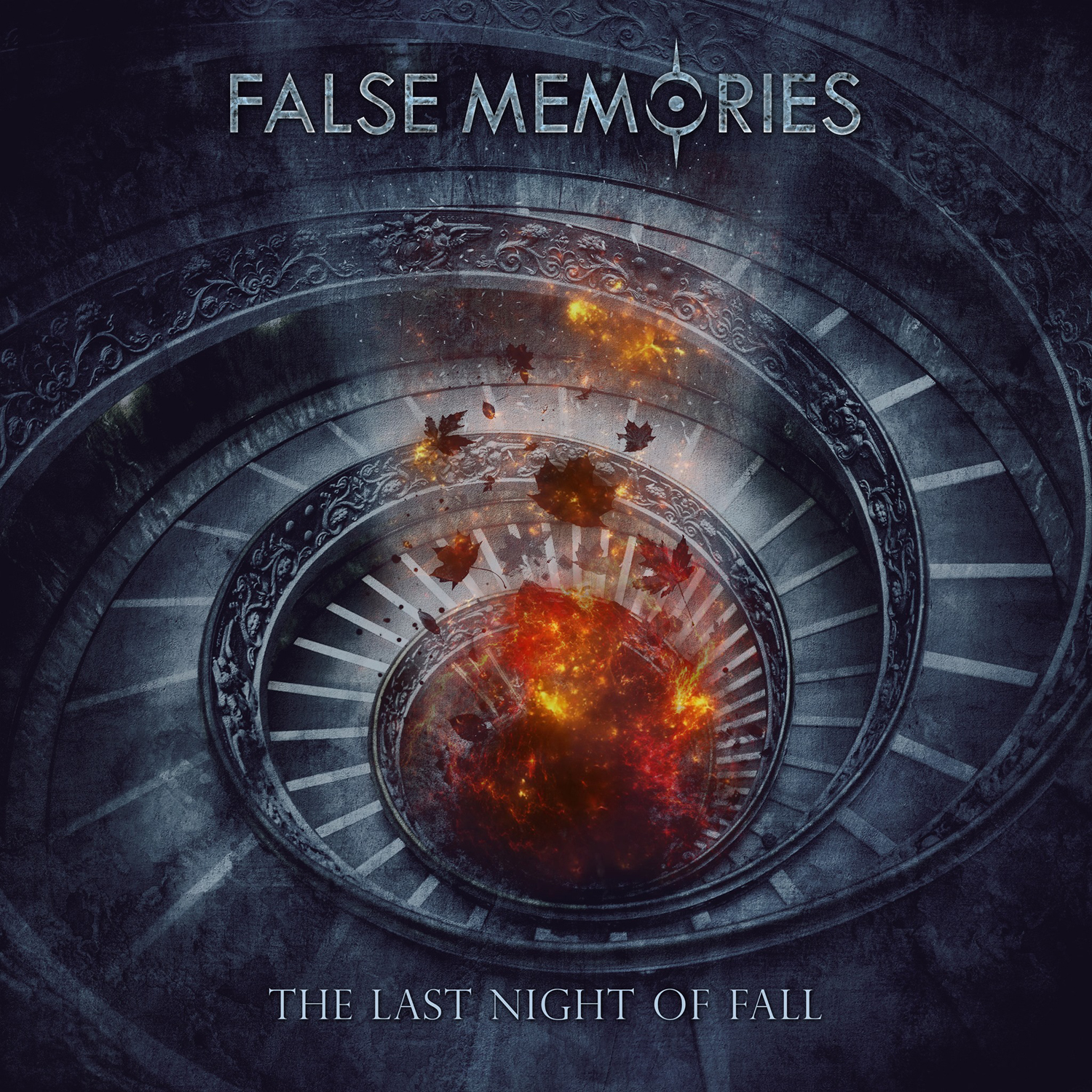 While listening to the whole album, one cannot shake off the feeling that FALSE MEMORIES has similarities with Lacuna Coil, when you can filter out Andrea Ferro’s male vocals for a moment. And then especially their earlier albums. What is your favorite Italian female fronted metal band? And outside Italy?

We notice too that often we are compared to the very good Lacuna Coil. We believe this is not a bad thing, but we as FALSE MEMORIES find no similarity, apart from the absence of a male voice. Personally, I think that often people tend to generalize when they approach a female fronted band. It is true: there is a female and crystalline voice, there is a gothic/dark mood, and I have dark hair like Cristina, haha, but I find absolutely no similarities or influences even though I like her voice! Perhaps both Lacuna Coil and FALSE MEMORIES will have had similar influences. For example, we definitely have influences from Katatonia or Opeth, which I personally adore madly, but as you can see they don’t have female voices. The speech would be really broad, but in short, it is probably the same genre, which saw the first exponents of The Gathering and Paradise Lost. About my favorite female fronted metal bands, I really appreciate Eleine and Nightwish (I love Floor Jansen live on “Imaginaerum”).

Another thing that characterizes the sound of FALSE MEMORIES is your voice vs. the band. Your voice seems to soften the music, but as soon as you are silent, the band goes full speed ahead.

Obviously it is a specially wanted contrast, we simply liked it.

All the songs on “The Last Night Of Fall” last less than 5 minutes. Was that a conscious choice from you and Francesco Savino as composers?

Not at all. We do not set the duration of a song as a goal, we think it is simply a consequence of the fact that we had the goal of creating usable, but at the same time a little intricate songs.

Final question: which track from the new album are you looking forward to play/sing for the fans and will we see FALSE MEMORIES live in Europe next year?

Francesco and I wrote this album with all our strength and emotions, so I don’t have a song that I would like to play more than the others: we can’t wait to present the whole album live! As for the live shows, we are trying to schedule some dates for this Summer, but as you can imagine, it is not wise to make too many plans given the highly uncertain period. We are the most affected sector together with clubs, theaters and meeting places in general. We hope as soon as possible to return live and if anything is sure we will do everything possible to give anyone who comes to our concert a slap-up performance!