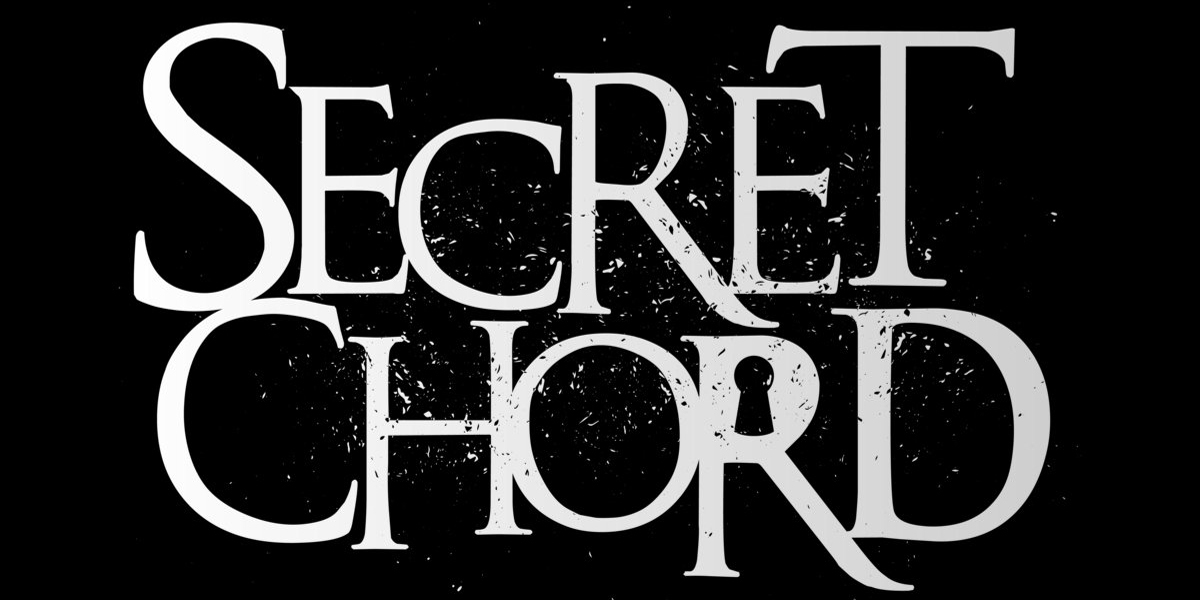 On March 12th, Portuguese metal band SECRET CHORD released their debut album “Aurora“. The band: Raquel Subtil – vocals, Carlos Pereira – guitar and harsh vocals, João Conceição – guitar, Nuno Fidalgo – bass and Afonso Martins – drums, have overthought the progress of their career very well and slowly try to expand their global fanbase from their hometown Coimbra in Portugal. “Aurora” and their signing to Sleaszy Rider SRL could be just the boost they need. We asked Raquel about the album and the video clips they have released from it (so far).

SECRET CHORD was formed in 2015, meanwhile 6 years ago. How come we haven’t heard from you before? 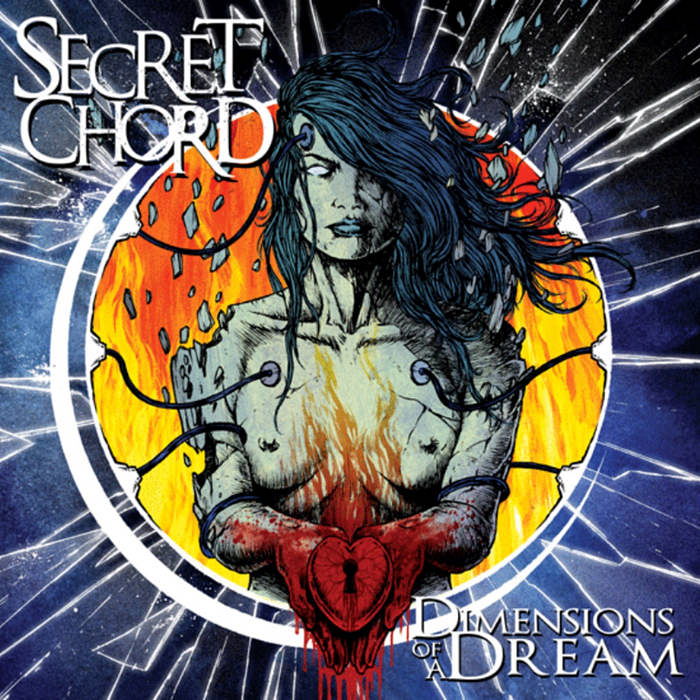 With our EP “Dimensions Of A Dream” (2017) and the single “Wraith Of Oblivion” (2018) we have toured in Portugal from north to south. Fortunately, it was enough to open doors for us all over the country but not enough for the outside of it. We managed to reach some fans spread across Europe, Japan and Brazil, but not to the point that we’re achieving with “Aurora”. We have been investing a lot in social communication and digital media to make our work reach everywhere. Fortunately we have had a great reception and we have already managed to reach many corners of the world! We are very happy and, obviously, thankful for all the support that has been given to us!

In 2020, COVID-19 completely kept the world in its grip, but it gave you an opportunity to work on your debut album “Aurora”. Can you tell us something about the writing and recording process?

In fact, the confinement came to help us finish some themes and we also composed others during this time. The composition and writing process is always a long thing, at least for us. Unfortunately, music is not our full time job and therefore sometimes things are not always as fast as they should be, but with determination, everything is done! As soon as travels in Portugal was possible (until then it was forbidden), we started the recording process at Golden Jack Studios in our beautiful city of Coimbra, in September of 2020. We had several hypotheses on the table for the studio but, the fact of that we already worked with João Dourado, the fact that he already knows how we work and vice versa, the fact that the studio is close to the residence of each member of the band and, obviously, the fact that he’s an excellent professional, ended up influencing us to choose to work with him again. We started the recordings with the all the instrumental parts, then the voices, including Miguel Inglês’ voices, and, last but not least, the recording of the Coro Misto Lousanense and we ended at the beginning of January this year. Everything went super great and without any problems, which was great. 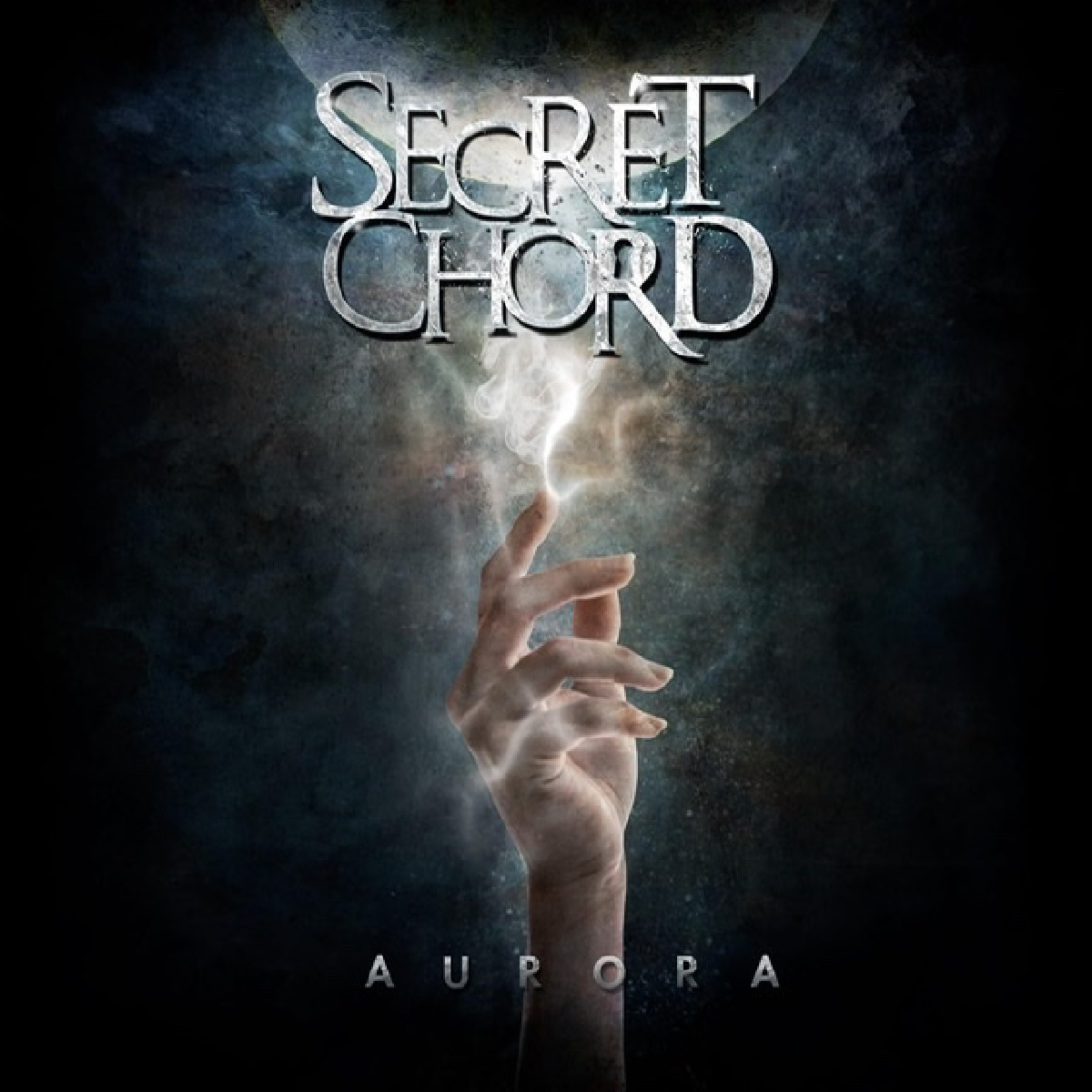 You wrote most of the lyrics for “Aurora”, except for “Empowerment” and “Egocentric Lust”, those came from guitarist João Conceição. Where does your motivation and inspiration for the lyrics come from?

I think that is the world and everything that surrounds me (us)… “Aurora” talks a lot about the inner problems of each one of us, which ended up fitting (almost perfectly) in the times we live in now, but deep down, they’re problems that have always existed and will always exist, unfortunately. Basically, what we want to transmit is also a message of hope and the name “Aurora” it’s related to this message: “find your inner light; run from the darkness” – it’s a sentence that you can find in our digipack.

Axia’s Miguel Inglês did the guest vocals on “Empowerment”. As a matter of fact, it looks like the whole album is an all-Portuguese matter, from the recording studio to the cover art and all people involved in between. Was that important for you and the band?

The album design was actually made by the Argentine Rodrigo Gudiña, haha! But, I understand the question and yes, I think it’s good to have so many opportunities and offers in our market that is so small and we think it’s important to be able to support what is “ours”.

So far, two videos have been released from “Aurora”, for “Everything Repeats” and for “Sickness”. Can we expect a third video as well?

Right now, the internet is in fact the easiest way for us to get everywhere, the easiest way to spread our music all over the world. We’re looking for the best solutions so that we can achieve this goal. Another goal that we really want to try to achieve is, without a doubt, concerts, obviously within the measures that the Portuguese government allows us.

In the video for “Sickness”, we see the band all dressed up in impeccable white, whereas you are dressed in red. Symbolic? What is the song about?

“Sickness” is an inner conversation. It’s the bipolarism that we often encounter, without knowing it; it’s the inner struggle over what’s bad and what’s good; it’s the inner struggle over whether to follow my heart or what people tell me to do… White represents light and, on the other hand, red represents hell, darkness, our fears, our anxieties and everything that makes us break in times of despair… In the most majority of “Aurora” themes, the listener’s interpretation is important because for you, “Sickness” can represent something else that, for sure, will also make sense. We’re all different, we all have our own way of interpreting music and its lyrics.

Basically, what we want to transmit is also a message of hope and the name “Aurora” it’s related to this message: “find your inner light; run from the darkness”.

“Aurora” was released by Sleaszy Rider Records. How did you get in touch with them and how many albums did you sign for?

Fortunately, we had some opportunities from other labels, but Sleaszy Rider was the one that seemed the most able to help us in this first work that we released and also because it had already been interested in us in the past, for our EP. It’s all a new experience for us and we’re still analyzing how things are going and, therefore, we signed only for “Aurora”.

While listening to the album, it has a rather dark sound, partly due to the vocal battles between yourself and guitarist Carlos Pereira. Except for on “Egocentric Lust”, which sounds rather a bit more cheerful between the rest. What was your intention to create your own sound?

“Egocentric Lust” is a song that has been promoted for about 2 years in concerts. Although the song was instrumentally modified, I decided not to change the vocal part, because it’s a song that, for many fans, was already a favorite one. The whole album allowed me to explore all of my vocal abilities and this one was no exception, as it reminds me of a slightly different record. “Egocentric Lust”’s message is quite dark, although the instrumental doesn’t show it, but that’s what the music is also made of: contrasts! 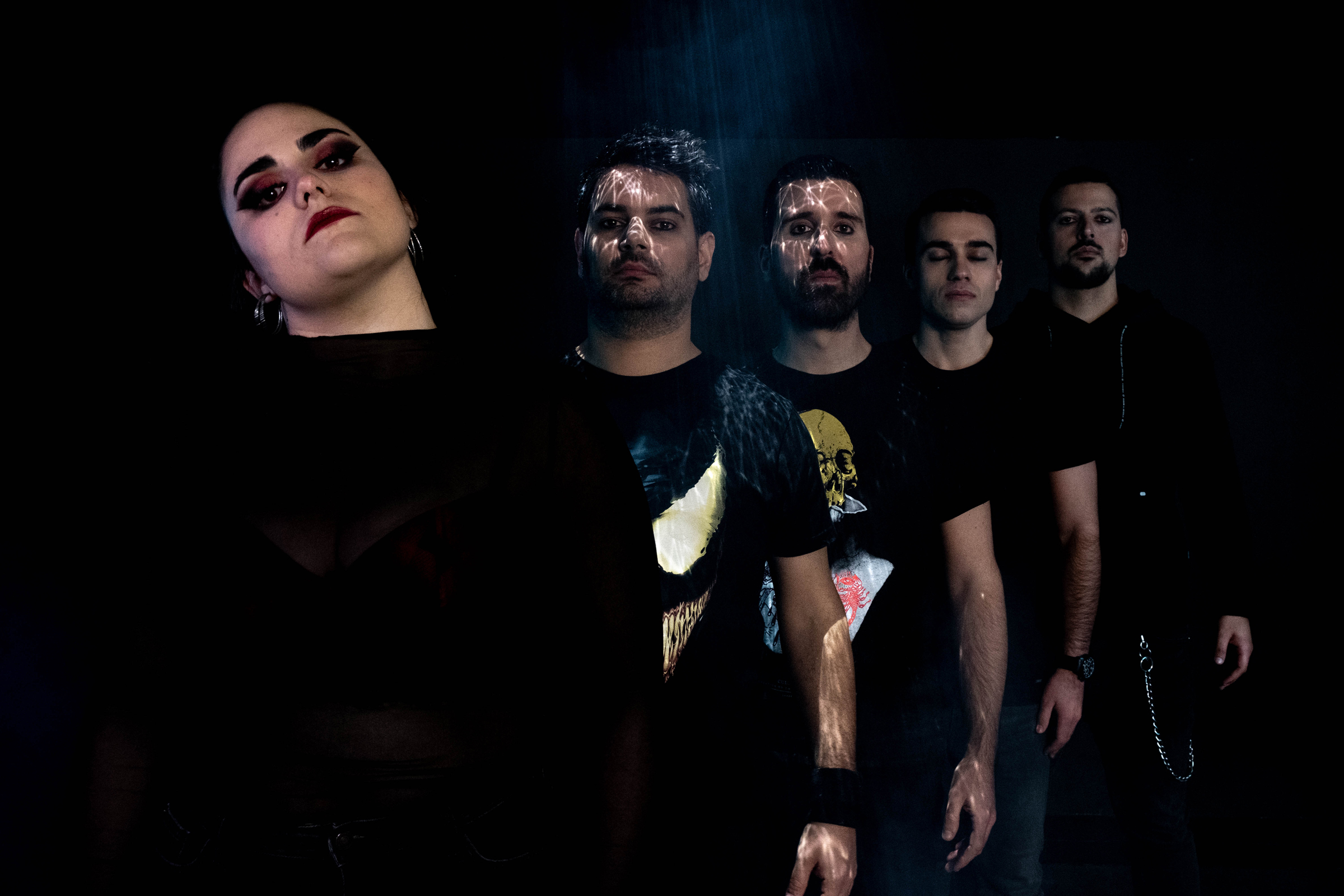 The titles of the tracks on “Aurora” also hardly inspire confidence, to name a few: “Everything Repeats”, “Lack Of  Contact”, “Never Again” and “Sickness”. Is there still hope for mankind, you think?

Of course! We can never stop believing in a greater good. Despite that, practically all the titles show this lack of confidence but, deep down, their messages also transmit a little faith and hope: two things that we can never lose. As I said, “Aurora” is darkness but it is also light. I think it also depends on the mood of the listener…

All in all, you’ve created a very good album that can compete with other albums released this year in your genre. But how are you going to bring the new songs live to the fans and those interested?

We’re trying to plan, as far as possible, concerts, but for now, there are measures that will have to be followed. It has not been easy to arrange concert halls with the conditions required by our government. Covid forced some halls to close and the (small) circle we have in Portugal is getting even smaller… but we have to help in the best possible way and we have to be solidary with each other. Together we will overcome this and bring back the concerts with everything that we all deserve!