Doom metal… you either love it or leave it. Fact is, there are lots of very good to excellent doom metal bands out there that just deserve to be heard. Just because they are dead serious about their music and… just because they are damn good! Norwegian psychedelic doom metal band SUPERLYNX is one of those bands. Formed in 2013 and about to release their already third album “Electric Temple” through Dark Essence Records on April 16th. An interview with Pia Isaksen… 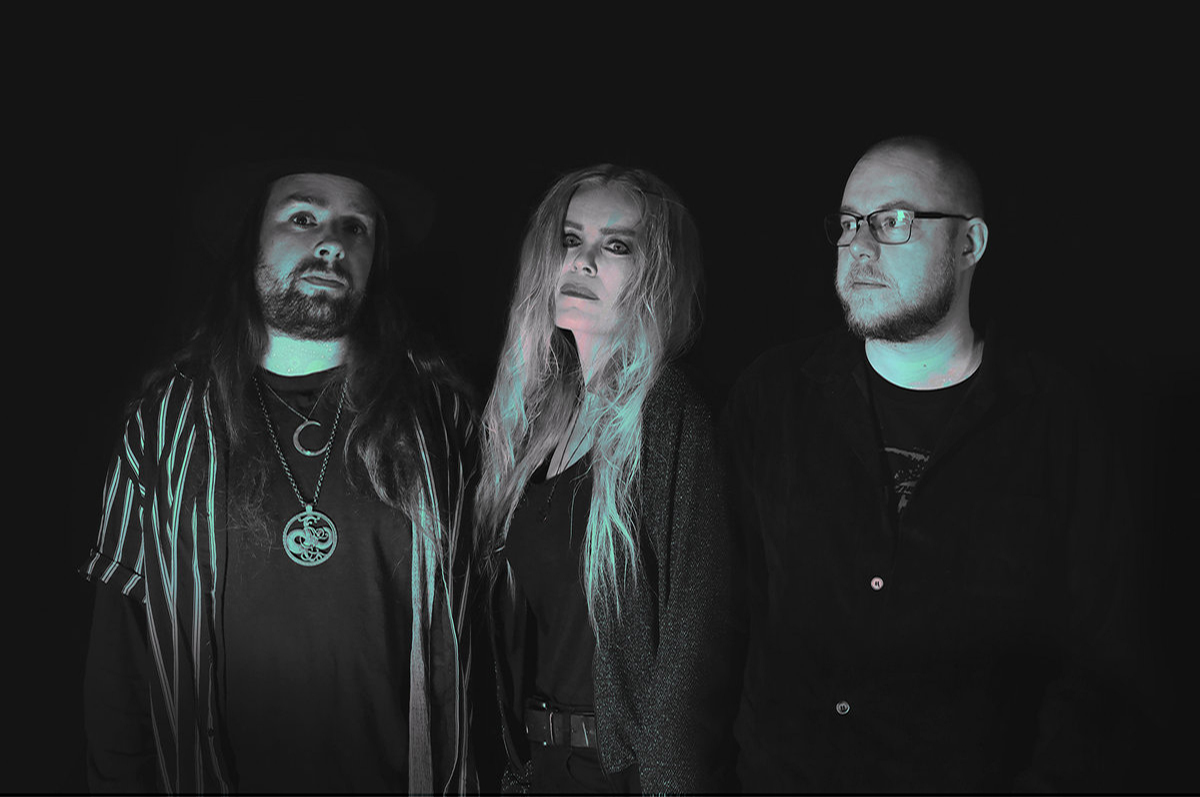 Let’s start with a little history of the band, as many readers may not have heard of SUPERLYNX before. You, Pia Isaksen (bass/vocals) formed the band in 2013 with Daniel Bakken (guitar) and Ole Teigen (drums). How did you guys get together?

Me and Ole first met at a concert in 2007 and have pretty much been together since. We also played in a band called Loveplanet together until around 2012 before starting SUPERLYNX in 2013. We had only met Daniel a couple of times before at the time, but one day when me and Ole came out of the rehearsal space after one of the very first SUPERLYNX rehearsals we met him on the street right outside and stopped and said hi. He told us he had seen a gig with our former band and loved it and we mentioned the new project and ended up inviting him for a jam. It really became clear right away during that jam that we all wanted to continue this together as a band. 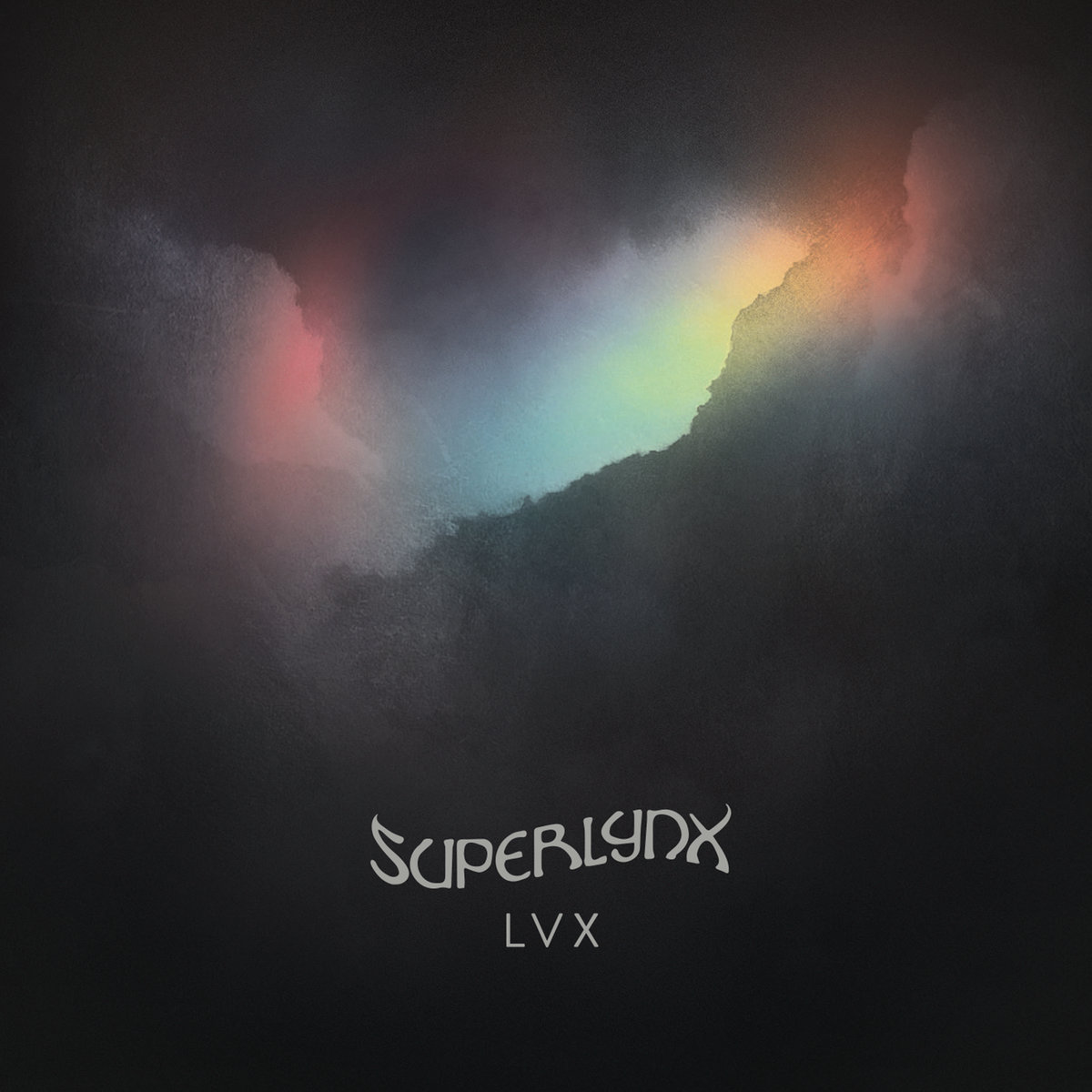 You’ve probably been asked this before a lot of times… but why SUPERLYNX?

We chose the name SUPERLYNX because we wanted a link to nature in our band name. The lynx both beautiful, big, wild and fierce, but also very shy and rare. And it has it’s name from the latin word for light, ‘lvx’, because of it’s super luminous eyes. We felt these were very suitable references to both our music and lyrical themes. Although we process some darkness in our music, we are always headed for the light.

In 2014 you released your first 3-track demo simply called “Demo 2014”. What were your expectations back then and was the sound of SUPERLYNX already determined with that demo?

We didn’t have huge expectations recording it, but we felt we were onto something and were quite eager to put some music out and start playing live. We recorded the demo songs both to have something to send to bookers and to get a feeling of how we wanted our first album to sound and how to record it. I don’t think the sound was determined, but maybe a vision about it. And from there on we feel it has been evolving naturally from album to album.

In 2016 SUPERLYNX released their debut album “LVX”, followed by “New Moon” in 2019. Both albums have as major theme ‘light & darkness’, something that is also reflected on the cover art of both albums. Did you make both covers and what more can you tell us about “LVX” and “New Moon”? 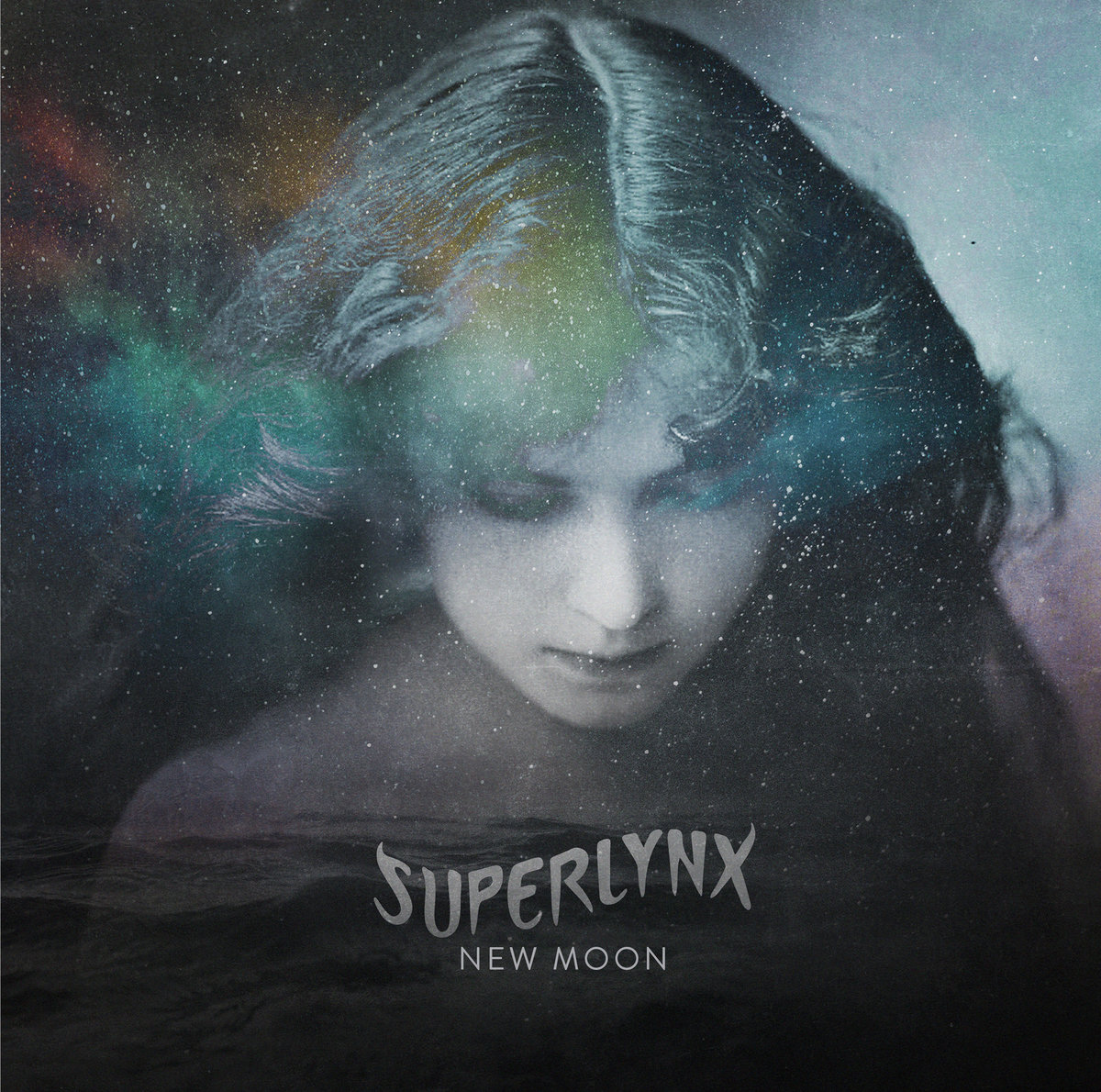 Yes, I am a graphic designer and have done all our covers so far. Absolutely, light and darkess is a recurring underlying theme in our music, on the new album too. To me it is important that the cover art represents the content of the album, both the atmosphere of the music and the lyrical themes. I had tons of sketches for all three albums and I find it harder to make artwork for one’s own music than for someone elses, because you are so inside it and don’t have the same external perspective. It may sound a bit crazy, but I remember feeling that the final “LVX” cover really looked like what the inside of my mind felt like at the time. On the “New Moon” cover I also struggled a while to find just the right mood, but it felt right in the end. Other than that making the two first albums were very cool and intense creative experiences. “LVX” was recorded in less than 24 hours, so that was pretty crazy. It was released on Duplicate Records in 2016, and “New Moon” on Dark Essence Records in 2019.

A lot of other bands in the psychedelic doom metal genre easily lift songs up into the 8-10 minutes border, but SUPERLYNX songs are a lot shorter and more compact. Why is that?

We never think about stuff like that or what is expected in a genre when we create music. We don’t really relate to genres at all. We like to have patience and ongoing riffs in our music but we also think that when a song feels ready or like it doesn’t need anything more it is done. Some end up longer and some shorter.

We never intentionally try to sound like anyone else, and I think that all the different music the three of us listen to is more of a subconscious than direct influence.

Another striking difference is that some other bands make the vocals and lyrics subordinate to the music, but your role as a singer in SUPERLYNX is much more important. Besides that, you’re also the bass player. How do you combine all this?

I don’t know, I think all the instruments are equally important in our music. I haven’t really thought about how I combine it. I have just been playing, singing and writing songs since I was about thirteen or fourteen years old, and I pretty much always did all of it simultaneously. So I am used to it. And I don’t have the most technically complicated playing or singing style, so I guess that leaves more room to focus on both in a way, which I like. 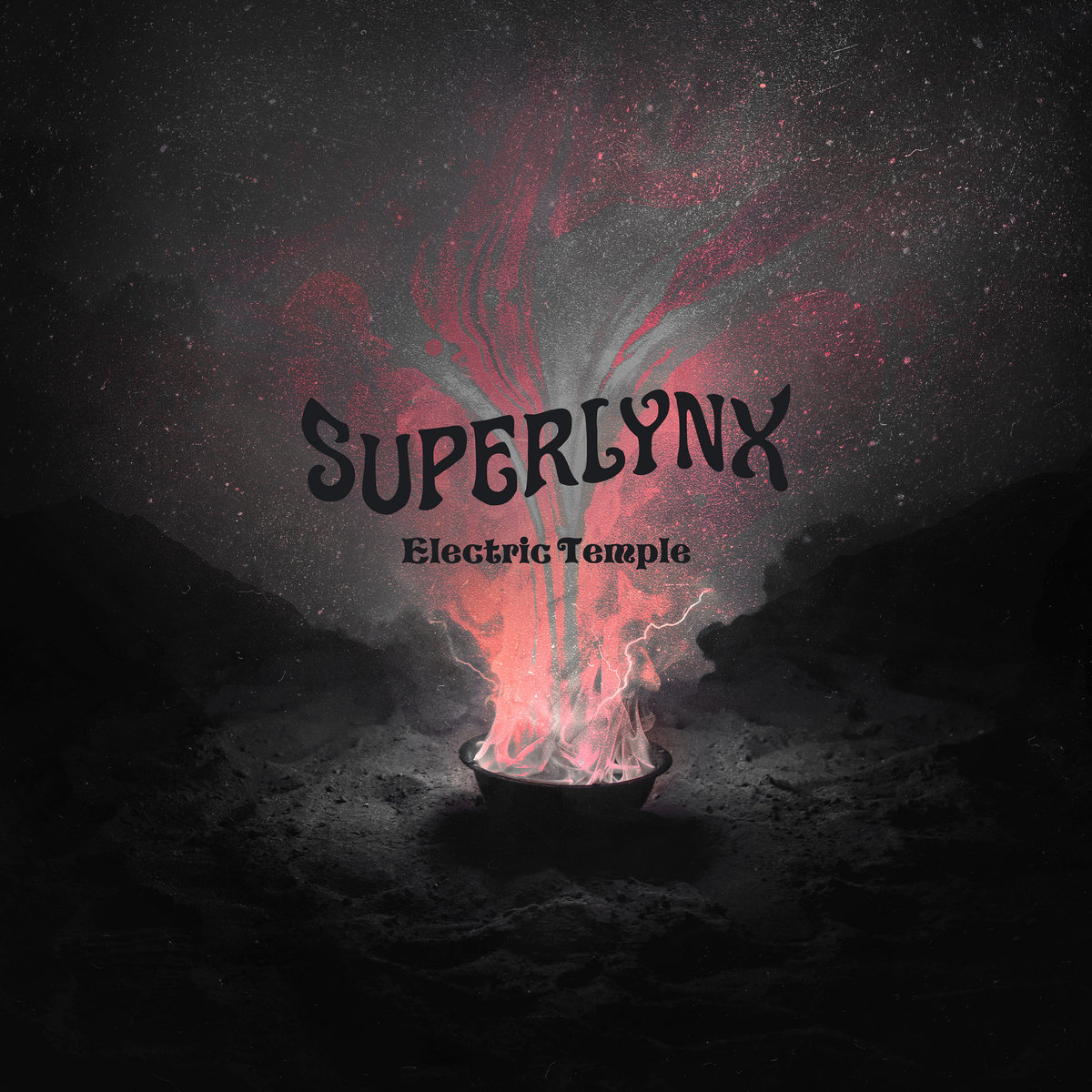 Let’s talk about SUPERLYNX new album “Electric Temple”, that will be out on April 16th through Dark Essence Records. The title refers to Jimi Hendrix’ saying “We call our music ‘electric church music’. Because it’s like a religion to us”. Music is also your temple. Hence: “Electric Temple”. Do we hear some Hendrix influences back on the album or is it just what he said that you wanted to use for the title?

You would not be wrong if you hear some Hendrix influences in the music. We never intentionally try to sound like anyone else, and I think that all the different music the three of us listen to is more of a subconscious than direct influence. Melted together through our playing. But we have all listened a lot to Jimi Hendrix – he is a big musical hero to us and I am sure traces of that comes through in our music in one way or another.

Again, the cover art has the same colors as the two previous albums. The music is also a continuation of “LVX” and “New Moon”, but more developed. In what way have the moods evolved on “Electric Temple”?

To me the colours are quite different, but you can absolutely find similar use of them in the three covers. When it comes to how the moods in the music have developed I find it a bit hard to describe. But we had an intention of trying to make this album a bit more focused outwards and work with music even more as a connector between people, compared to the two previous ones which were more internally faced. But the new album is still very personal too and comes from our most inner selves. I think more of the new songs consist of fewer different riffs and are dwelling more on the different parts, and we also had an even bigger focus on dynamics and feeling than before.

For the mix, you have snared Marc Urselli (Lou Reed, The Black Crowes). Has he had any influence on the SUPERLYNX sound or did you give him enough indications on what you had in mind?

It really came together very naturally. We didn’t want to give him very concrete pointers of how we wanted him to mix it. We talked more in general terms before he started working on it and we quickly felt that he understood what we are about and our intentions. We were very open to his outside view on it and how we would approach it. We are very happy with the result and he was a real pleasure to work with.

So far, I’ve only been able to hear two songs from the new album, “Electric Temple” and “Apocalypse”. But both sound very promising. Besides, the official music video for the title track brings everything that one might expect from a psychedelic doom metal band like SUPERLYNX with images that remind a lot of the roaring seventies. If you could go back in time, with what band from the 1970s would you have liked to be on stage or do a tour with as support act?

Thank you! I think I have to say Black Sabbath. It would have been so awesome to see them live back then.

I don’t think our music really fits in a specific genre. To us it is just music and we’ll keep going where the music takes us.

Doom metal is not the most beloved genre in metal, but has a loyal fan crowd. If there’s a future for doom metal, where would SUPERLYNX stand in that future five years from now?

We don’t really relate to the genre boxes at all. I think when we started out we put doom as one of the words in our descriptions because we were quite heavy and slow and felt we needed some sort of descriptive words like that to explain our music. But it is a mix of many things and doom or metal are just two of many influences. I don’t think our music really fits in a specific genre. To us it is just music and we’ll keep going where the music takes us. Following our inspiration is one of the most important things in our music making.

Final question. The only way to promote a new album nowadays, with COVID-19 still ruling the world, seems to be an online concert. Do you already have made plans for something like that or are you waiting for this pandemic to blow over first?

We haven’t done any online gigs, because playing live to us is so much about the connection with people and the energy that is created together with the audience. But we have seen some great streaming or online gigs by other bands. We have talked a bit about it and we’ll see, if it still takes a long time before we can play live we might do something. We really want to play the songs from the new album live, but most of all we hope to do it in real life before too long.