If there would be an oeuvre price for ‘the best female metal singer’, then Marcela Bovio would definitely get a nomination… and probably win it as well. She has been more than a decade the face and voice of Stream Of Passion and sung with bands like Ayreon, The Gentle Storm and Epica, to name just three. And now she’s back with a whole new project called DARK HORSE | WHITE HORSE, a sympho-tech metal trio that will release its self-titled debut EP on April 16th. Time for an interview with this remarkable and strong woman, we thought. 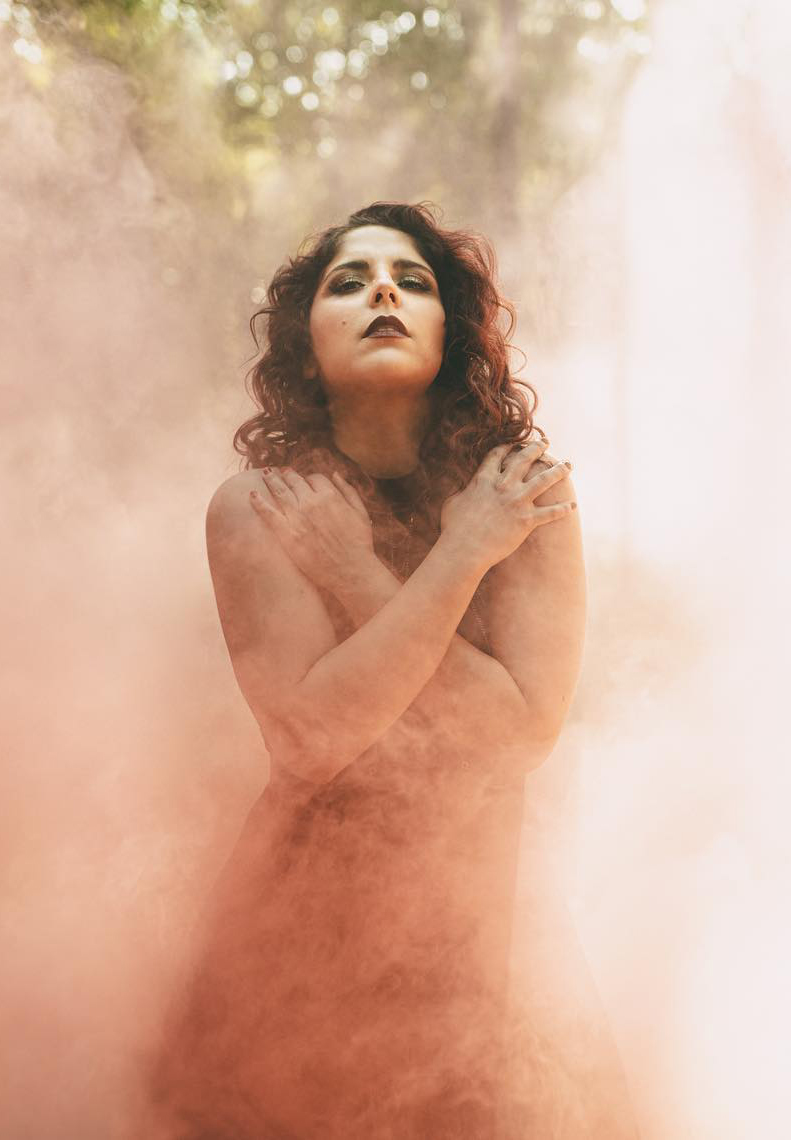 Okay Marcela, before we start, I’ve got to ask you this. What happened to those beautiful red curls you used to have?

In September 2019 I was diagnosed with cervical cancer. I had to undergo some heavy treatment, including chemotherapy that caused most of my hair to fall. That’s why the new hairdo.

Let’s have a look at your impressive career before we come to your new project. A brief retrospective: a long career with Stream Of Passion (2005-2016) in which you produced four albums, you’re one of the many singers in Mayan with whom you recorded the fantastic album “Dhyana”, you did live/guest sessions with The Gentle Storm, Epica and Ayreon… None of them aren’t even close to the ‘next best bands’ and I didn’t even mention all of them! And then you also have your own solo career with, so far, three albums… If you had to summarize your career briefly in maximum 3 words, what would those words be and why those 3 words? 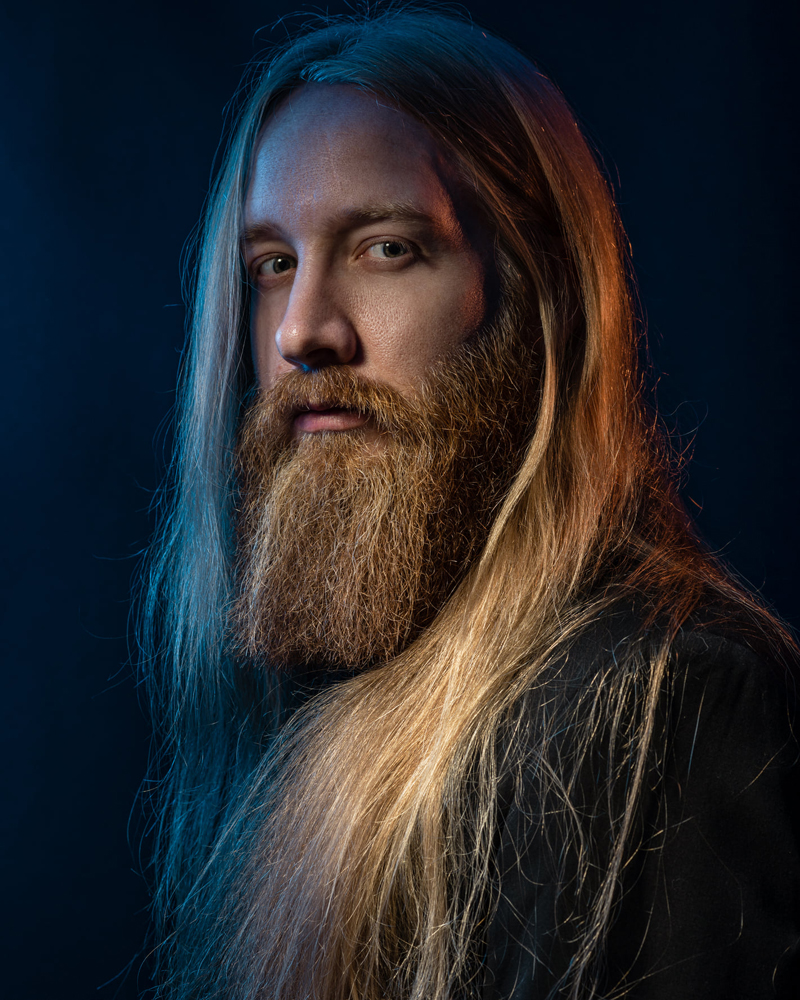 And to tap it all off, you started a new project called DARK HORSE | WHITE HORSE in 2019 with ex-ReVamp/ex-VUUR guitarist Jord Otto and ex-ReVamp/Blackbriar keyboardist Ruben Wijga. First thing that came to my mind: why is WHITE HORSE written in italic and DARK HORSE not?

Just a logo style decision. It’s meant to signify the contrast of two opposite poles, the two driving forces behind our music: a more technical side and a more passionate side.

Then I wondered: why forming a trio and not a complete band? You had, and again I say they are not just anybody, session musicians Siebe Sol Sijpkens (ex-Phantom Elite) on bass and Ariën van Weesenbeek (Epica/Mayan) on drums to help you on the upcoming EP, whereas you could have had, with yours, Jord’s and Ruben’s status, almost anyone in Holland to play in a band with you. So why a trio? 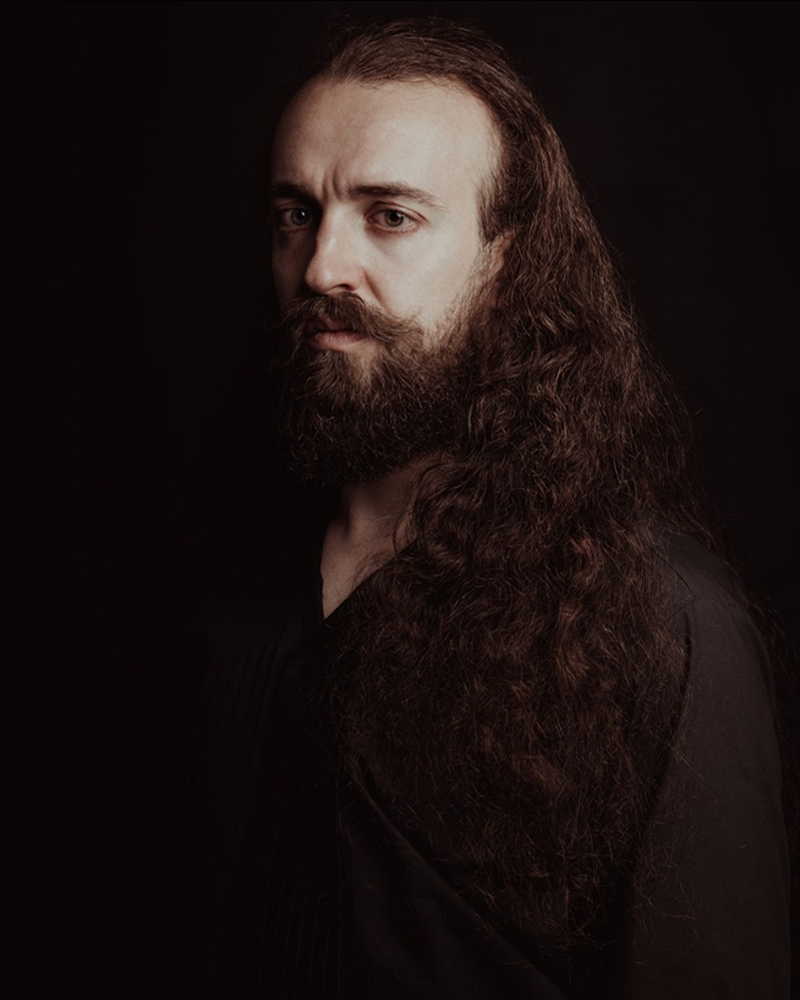 Because it is us three who are behind the whole musical concept and we want to portray it that way. We also feel this would give us more flexibility to perform/record with different musicians. That being said, we’re extremely happy with the work Ariën and Siebe did and would like to keep working with them if we have the chance.

We come to the EP again later on, but first the two singles you released, “Black Hole” and “Judgement Day”, both in 2020. How did the press and especially your fans react to these singles, as it is quite a different genre (sympho-tech metal) you’re doing with DARK HORSE | WHITE HORSE?

The reactions were great, we are thrilled about that. It’s a difficult combination of very loud, technical music with very melodic vocals. I think most people are used to hearing screams/grunts with this style of music and that’s why I think the way we’re doing it is so unique. 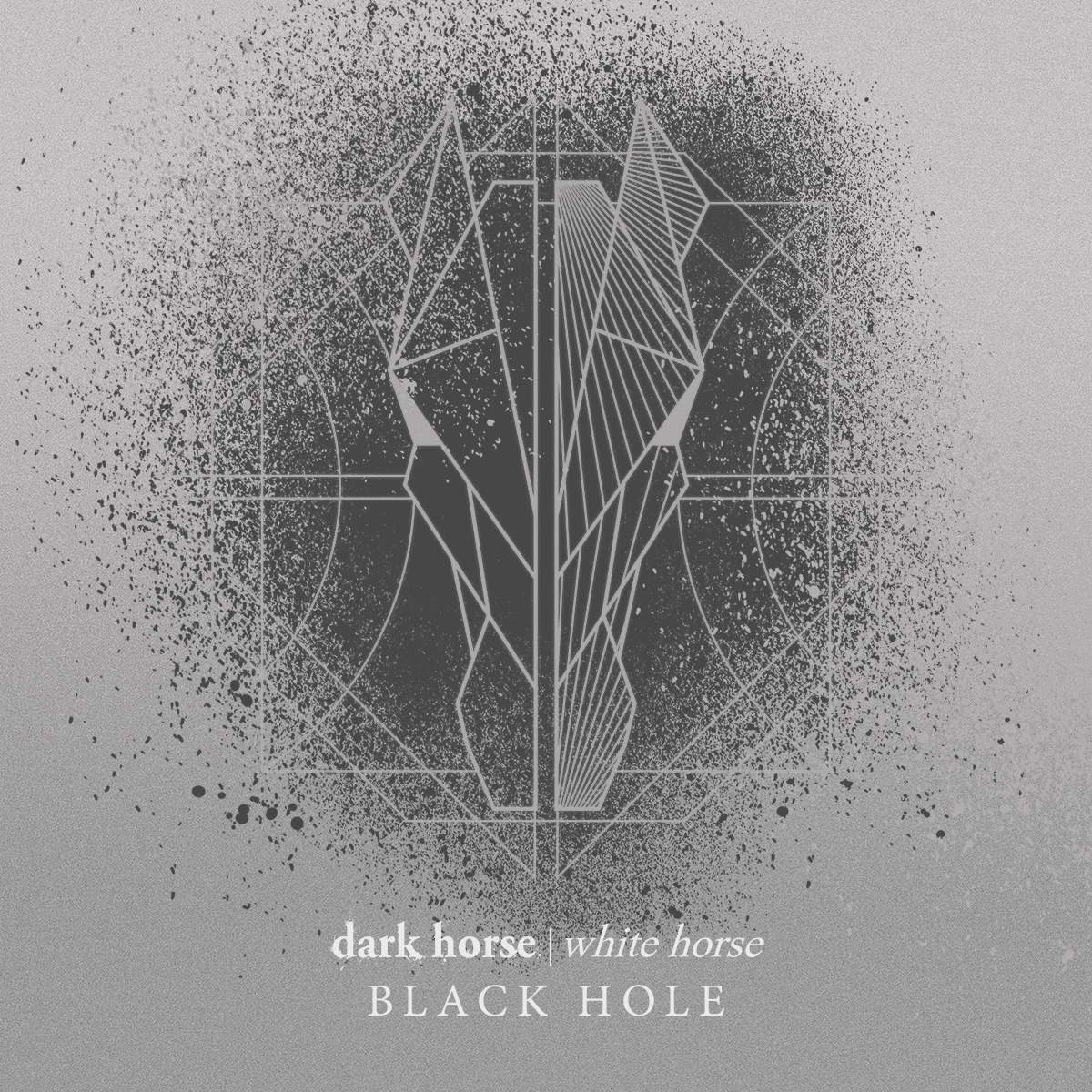 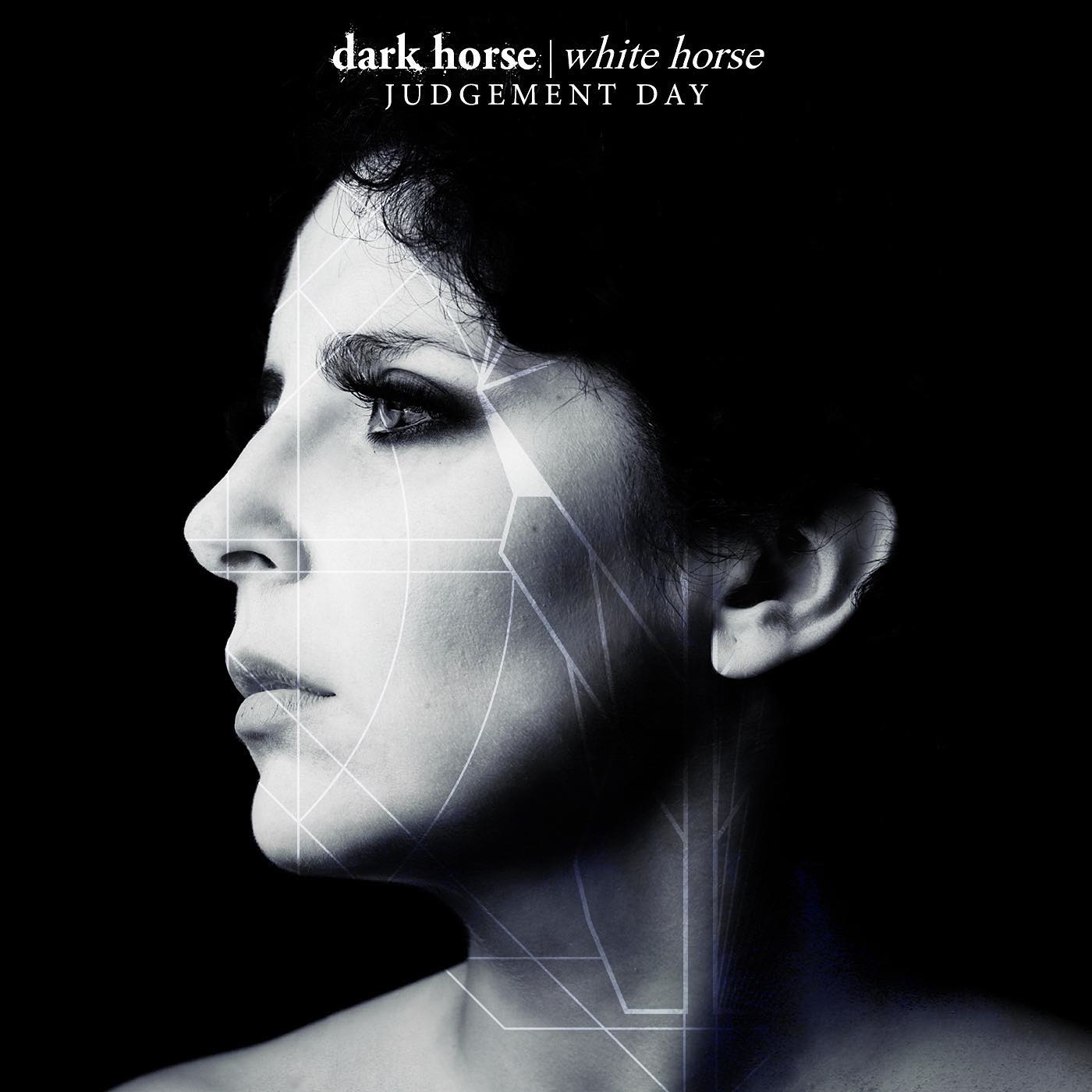 The EP, simply called “Dark Horse | White Horse”, was funded through a very successful crowdfunding project. You even managed to reach a stretch goal, the symphonic version of one of the EP songs that will go to all the contributors. Have you decided yet which one that will be or even recorded it?

Yes, we’re currently working on it! It will be a surprise. 🙂 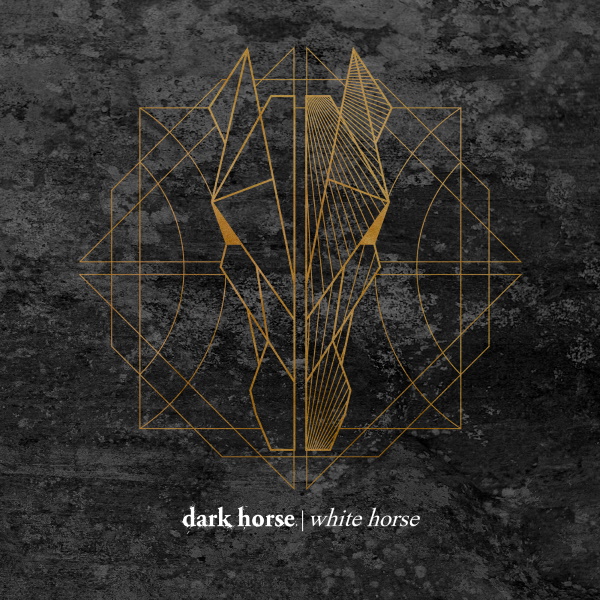 Who wrote the music and the lyrics for the 5 tracks on the EP and what are they all about?

The music was written by Jord and Ruben and I wrote the vocal melodies and lyrics. The songs are all about a very dark, depressive period in my life; so the lyrics are all quite dark and heavy.

Okay, an interview with Marcela Bovio is not complete without talking about her solo career. So one question: do you already have plans for another solo album, as your last one, “Through Your Eyes”, dates back to 2018. Will it be more easy listening, piano related music again?

I do have plans for a new solo album, but I’m not sure exactly how it will sound like yet. I think I would like to incorporate more instruments… It’s definitely going to be less heavy than DARK HORSE | WHITE HORSE, but I would like to keep experimenting. So, it’s probably going to be a bit proggier than my previous works. We’ll see!

And how about Mayan, “Dhyana” is from the same year as your last solo album. Are there new songs written for Mayan as well at the moment? There are tour dates set for October 2021, so that would be a good occasion for a new release, an EP or album.

These dates are actually shows meant to be played last year, but had to be postponed due to COVID-19. We don’t have any new music at the moment. Well, at least that I know of! The composition lies at first by Frank (Schiphorst) and Mark (Jansen), and Mark has been quite busy with the new Epica album. But we’ll see what the future brings.

Final question: you’ve lived in Holland for quite a long time now. Do you miss your home country Mexico and hometown Monterrey much and do you go back there often?

I most definitely miss Monterrey! I can’t wait till I can go back and see my family and friends again. Unfortunately, it will have to wait until the pandemic is under control; I’m keeping my fingers crossed I can maybe go visit them at the end of the year. We’ll see!