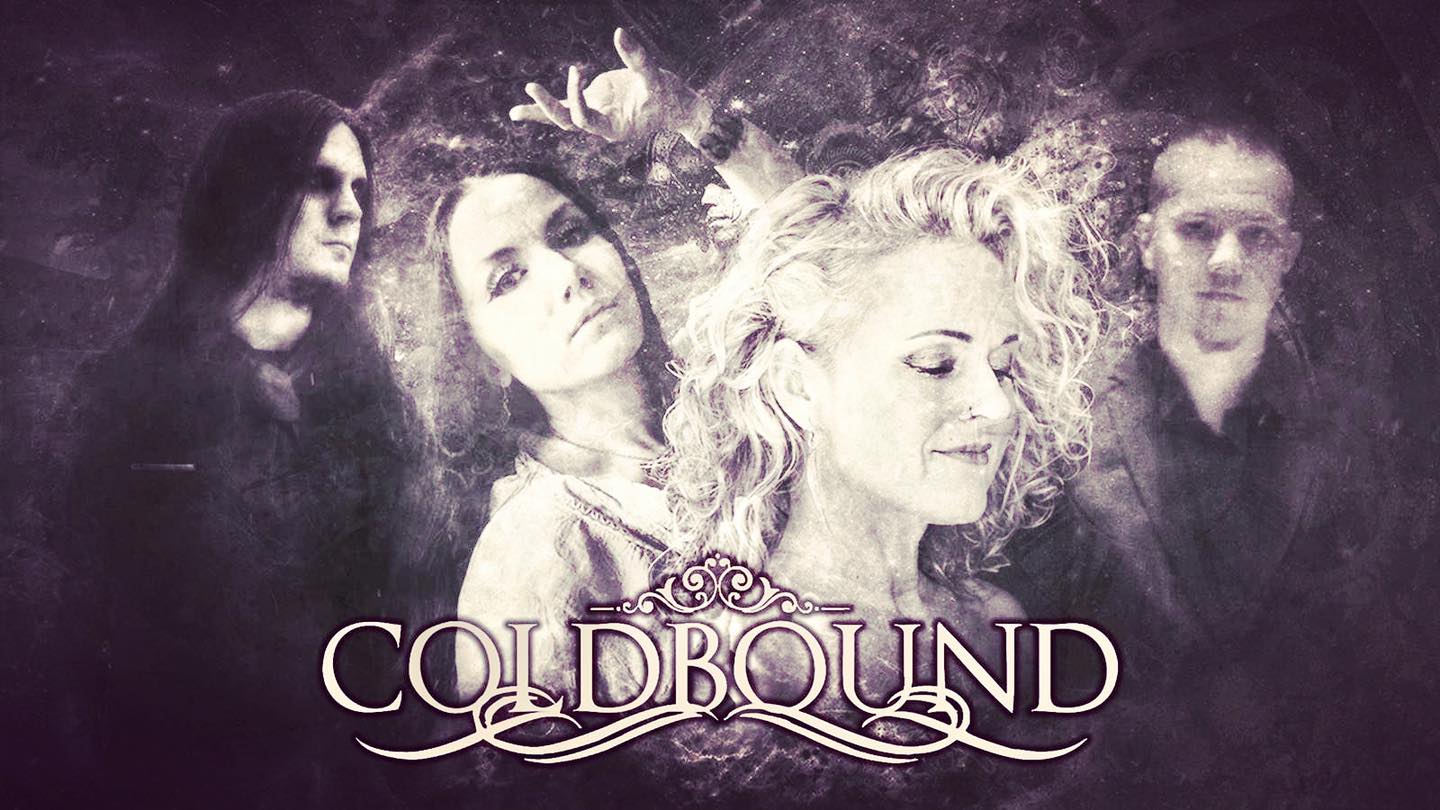 BACK TO THE FUTURE

LIV KRISTINE, WHO CELEBRATED BIG SUCCESSES WITH THEATRE OF TRAGEDY (1993-2003) AND LEAVES’ EYES (2003-2016) IN A SYMPHONIC/PROGRESSIVE DEATH METAL BAND IS HARDLY CONCEIVABLE IN 2021. BUT STILL, THE FIRST COLDBOUND SINGLE AND OFFICIAL VIDEO FOR ‘SLUMBER OF DECAY‘ WITH LIV ON VOCALS IS A FACT AND A FULL-LENGTH DOUBLE (!) ALBUM IS ON ITS WAY. FEMALE FRONTED POWER HAD AN INTERVIEW WITH THE NORWEGIAN BLONDE, WHO LIVES IN GERMANY WITH HER FINANCÉ AND SON NOWADAYS. FOUNDER PAULI SOUKA PICKS UP ON SOME QUESTIONS HERE AND THERE. 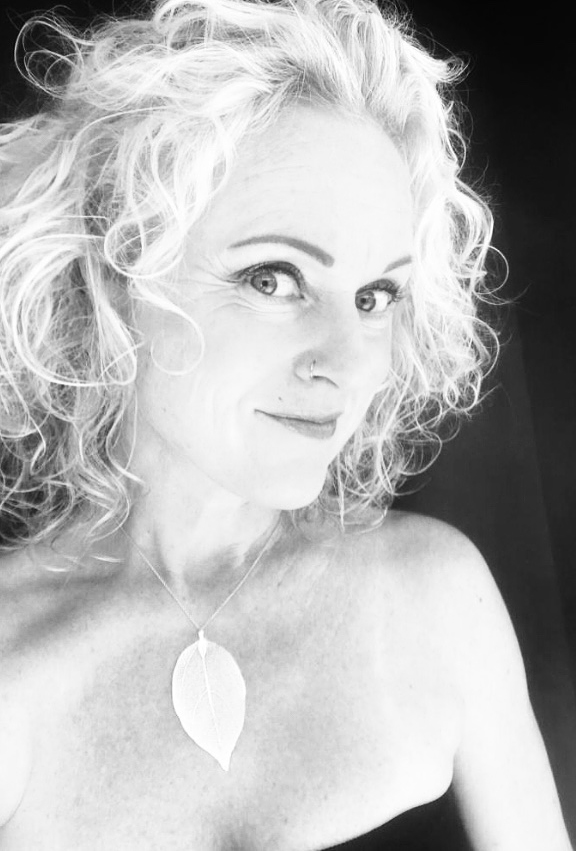 Welcome Liv, please tell us first, how did you get through the COVID-19 year 2020?

LIV: During these weird times most of us have had to rethink our daily and financial situations. Due to the lockdown my gigs and live guest appearances couldn’t happen. Then again, I have used the time to consider how I can expand and progress on my true authentic way, on my creative goals and growth. I also saw the necessity to separate from toxic surroundings and situations. It has been a liberating year for me and my family. I see things and relations more clearly now. I feel more grounded now at the end of the year, moreover, 2020, I have to say, has been a really special, I’ve never been as creative as in the latest months, but at times the whole situation has felt weird and draining.

Apart from some guest appearances (Eluveitie, Savn and The Sabbathian to name a few), it has been pretty quiet around Liv Kristine since your last solo album ‘Vervain’ (2014) and your sudden departure from Leaves’ Eyes. What have you been up to all these years?

LIV: In January 2016 my whole life changed. Everything that used to be “my life” dissolved. I had absolutely no income anymore so I got myself 3-4 jobs, then I finally found a home for my son and myself, and continued from there. I have a handful of really good friends and a lovely family in Norway who helped me to get back on track again. At some point in 2018 I felt free and safe but really exhausted. I really needed to slow down that daily tempo and to rethink my situation. What do I really want to do in my life? Then a lot of wonderful things happened on my path of personal growth. Especially when meeting my future husband, Michael. We speak not only the same languages, but also that of the heart. I would say I have been growing with my voice – or, my voice has grown with my personal development. I have also grown with my bands and projects. I would say, and maybe my followers and fans, too, there is one essence to my creativity and that is the light, the colours, the brightness and uplifting energy of my work. It’s in my stamina, in my source, anchored deep within me that my talents were given to me for

I don’t need a bunch of people around me to keep my career alive, moreover, by telling me what to do when, how, with whom and why!

a purpose, namely to light up this universe. I am absolutely in alignment with my purpose linked to music, vocality and guidance to other people on their creative paths. Whatever bands which became my ex-bands, whoever or whatever narcissistic management tried to fuck it up NEVER even got close to crushing my dignity and authentic purpose. It took about 20 years for me to come to this point realizing that I don’t need a bunch of people around me to keep my career alive, moreover, by telling me what to do when, how, with whom and why. Today I feel absolutely in alignment with the artistic work I am doing, the artist I am and what I am giving to my audience. I feel much safer and stronger today and my career is all in my hands. I seek advice with just a few people and the responsibility is in my hands. My fiancé and his label Allegro Talent Music is my backup and best advisor. I feel so blessed with my family, my son and Michael and our two dogs, with our lovely home, my daily job with autistic children, my vocal coaching teaching, my pairings, my upcoming releases with COLDBOUND and LIV KRISTINE. I feel truly blessed. 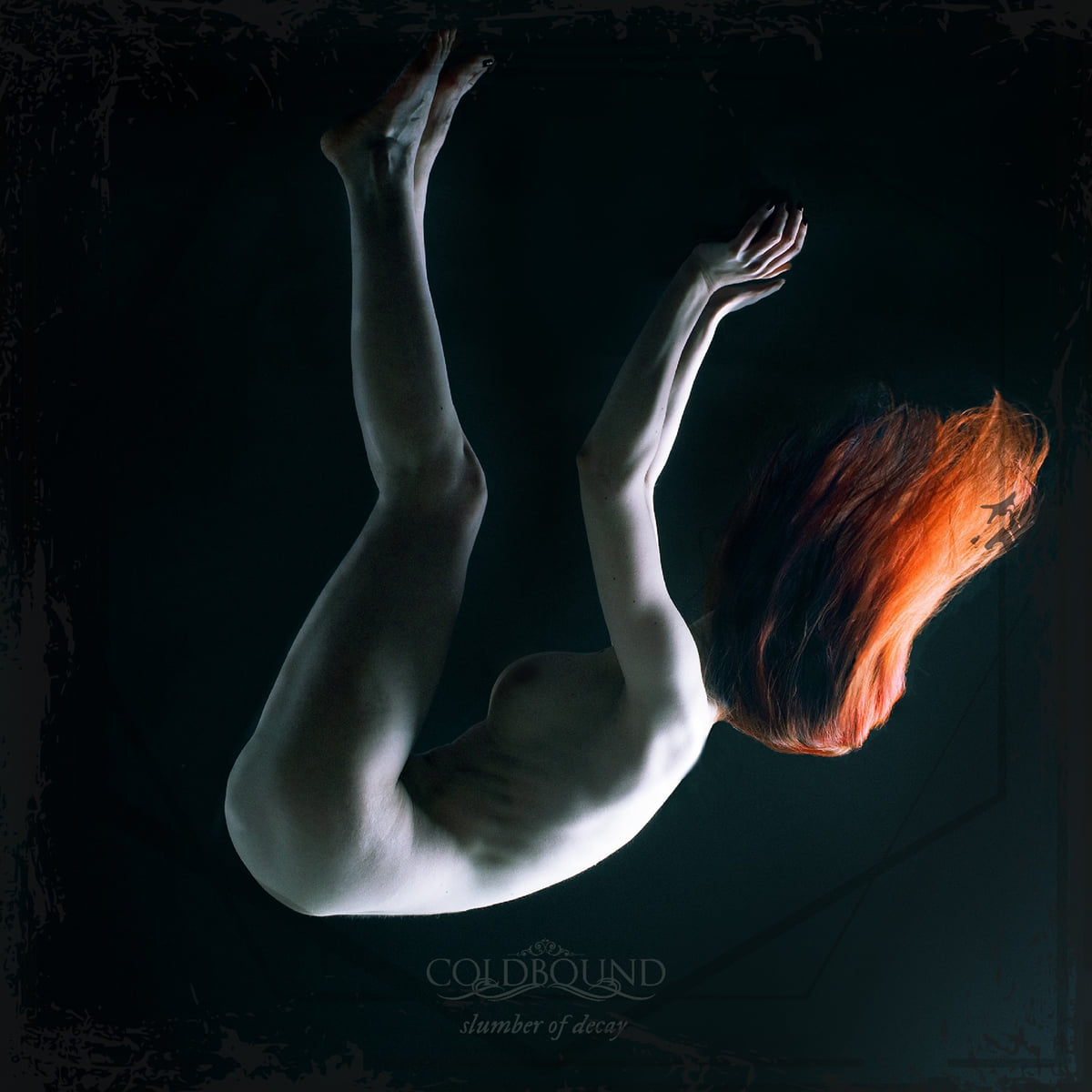 Now you mentioned COLDBOUND… It started as a one man project by Pauli Souka, but their Facebook page states now Liv Kristine (vocals), Pauli Souka (all instruments/ vocals) and Meiju Enho (keyboards/orchestrations/vocals) as members and it seems that Markus Riihimäki (kantele) was also added. Does that mean COLDBOUND is a full band now?

LIV: We see ourselves as a full band, however, for live situations we will need to gather more musicians. I am feeling blessed at this moment. COLDBOUND is a blessing, I have to say. Pauli and Meiju are wonderful, like a soul family, there’s a deep understanding and passion between us. Our first single ‘Slumber Of Decay’ will be out 5th February and this is a special day for Meiju, Pauli and me…maybe especially important for me. (Note: this interview was compiled before the release of the single – ed.)

COLDBOUND claims to be a symphonic/progressive death metal band. Ehm… Liv Kristine and death metal? How did you end up in this project in the first place and is it for you more a ‘back to the Theatre Of Tragedy days’ thing?

LIV: I got involved with COLDBOUND in 2020, about a years ago. Pauli, who is a really good friend of my fiancé, Michael (Allegro Talent Music), sent him that one track, asking if I might consider being a duet part of it. I have to say that I was impressed, instantly. I felt like travelling back in the times of Theatre Of Tragedy. Pauli let me re-write the lyrics to fit my melody lines and as my vocals were finished in the studio, I told Michael and Pauli that it feels like singing on a song that was made for me. It’s such a beautiful and powerful composition and I kept thinking “what if Pauli’s got more of that brilliant music“…Pauli must have sensed it as he asked me to join COLDBOUND later that year, which I did, feeling really safe and free with my decision. 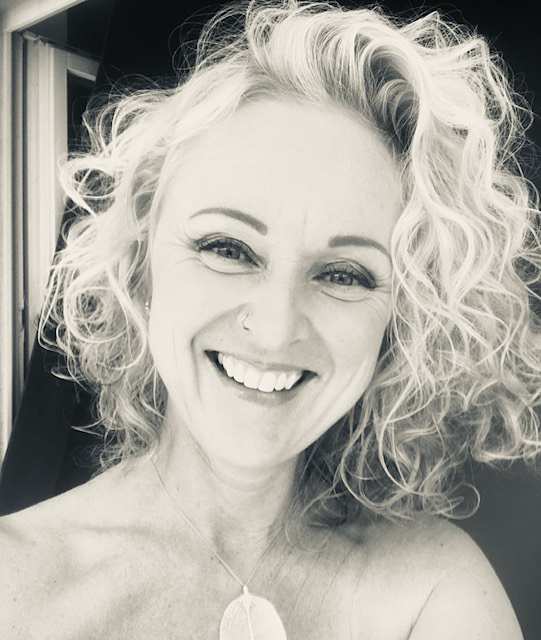 The new COLDBOUND album (their 5th already) is called ‘Slumber Of Decay’ and in an earlier interview, Pauli said he’s “concentrating on a double album” now. Is that still on? Can you tell us something about the title, what is meant by that phrase?

PAULI: It’s true. We have a double album at the moment and we are working very intensively on balancing everything and create a beautiful story to be told while listening to the songs. There are couple of titles alternatives at the moment as well as the albums being divided with chapters. It won’t be of much use to analyze only the title of the double album without including the chapters, so the best would be to take this again when all names and titles are set :).

There will also be an official music video out for the title track on February 5th, featuring you. What can we expect from that?

PAULI: As seen from the previews, our video clip is all about Autumn. We decided to film this movie during the Autumn season, as nature prepares itself for a deep slumber. During this time, the nature’s c is just magical, worth of capturing the moment, which this is our goal with our music, to capture the moment. For sure one can expect vast Swedish wilderness and Swiss tranquil fairylands with the input of a siren (our Liv Kristine) :-). Our music video tries to create an interactive vibe between the audience, which means that everyone is recommended to make own assumptions while watching the movie and try to become part of it; mentally.

Besides your voice, Pauli has gathered a miscellany of other female singers for the album. To name a few: Madeleine Eleine Liljestam (Eleine), Lindsay Schoolcraft (Antiqva), Laura Guldemond (Burning Witches), Cecilia Kamf (Lómënár), Nicole Willerton (Blood Crush), Nienke Verboom (Ayreon) and Nele Messerschmidt (Elvellon). And that’s not even the complete list of all (male and female) singers. What is the reason behind this and have you met (some of) them in the studio or even heard of them before?

PAULI: The composing of the album started way back in 2018, already before we became a three-piece musical project. To incorporate such voices into the music is done based on the needs of the storyline. You see; each person creates also a figurative character into this story.

I have always felt inspired by Norse mythology, our language(s), Nature and tradition. I am through and through Norwegian…

One of the songs on ‘Slumber Of Decay’ with your voice on it you also composed some Norwegian poetry (lyrics) for. How important is Norse mythology, history and tradition for you?

LIV: I have always felt inspired by Norse mythology, our language(s), Nature and tradition. I am through and through Norwegian and my son also speaks fluent Norwegian although he was born in Germany. We visit Norway as often as we can.

The artwork and photography for the album was done by Balsara Inc from Xeniya Balsara Photography. Who is the naked red hair girl and don’t you take a risk of being banned in the puritanical United States Of America or at least get a sticker pasted over the naked breast?

PAULI: The person portrayed in this artwork is Xeniya Balsara herself, a very skilled and talented professional photographer and also a great friend, based in Helsinki, Finland. The amount of risks that we have taken so far and still keep on taking is just impossible to put down in words. This artwork is the least risky move we have done. Truth been told, this artwork is portrayed in the most artistic perspective possible. No questions asked about this, neither doubts to be made. Now, we can’t be stressed by the fact that some people might consider it extravagant or inappropriate (laughs). In other words, this is not our concern. After six million years of mankind presence upon this earth, if such topics are considered forbidden, then all we can comment on this is that this whole thing is Darwinism at its finest form and shape. 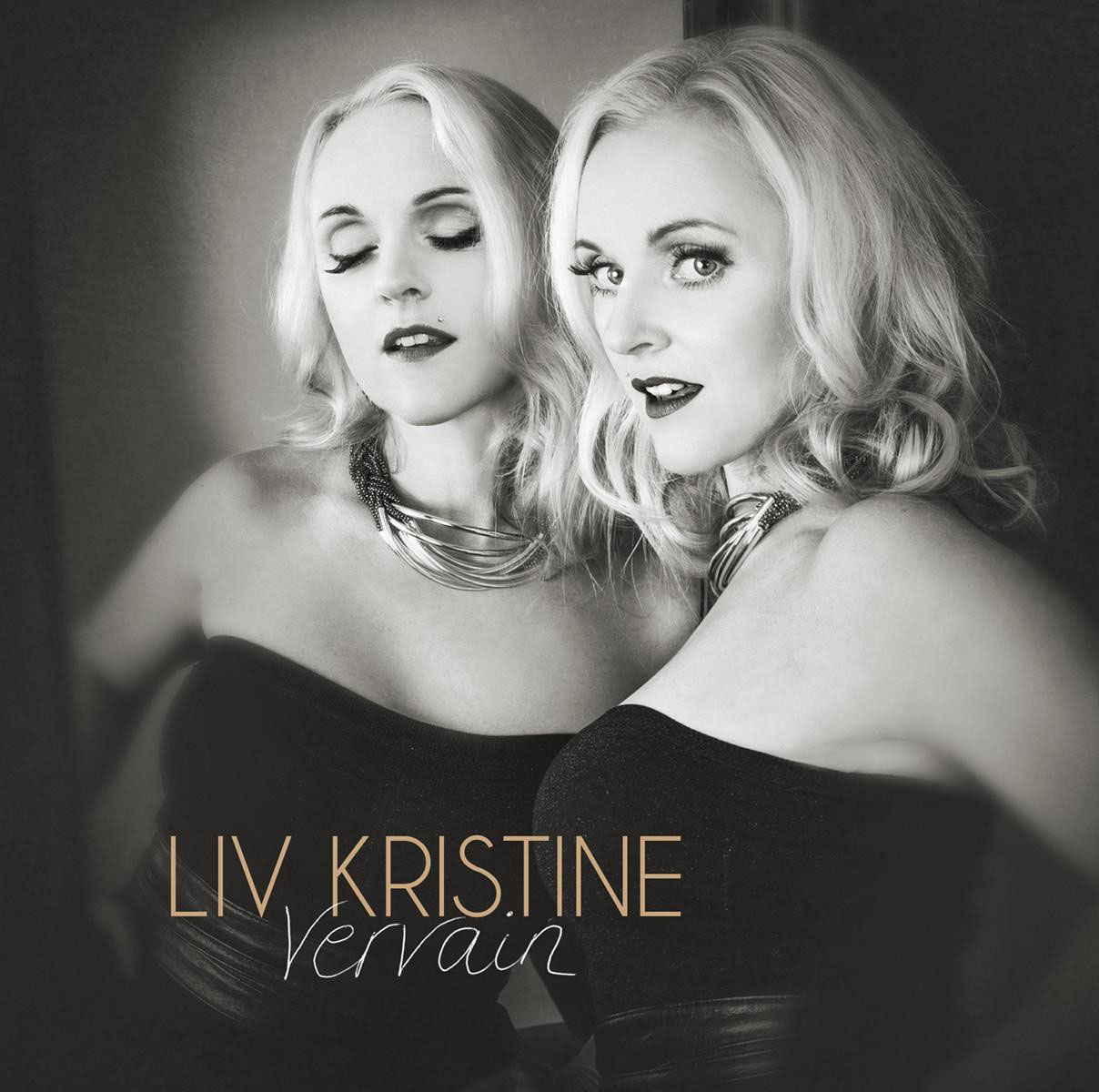 Finally 2 more questions about yourself, Liv. First your solo career. In a video you said that you are working on a new solo album. How far has this plan evolved and can you tell us some more about it?

LIV: My next EP will be released in April and the promotion will kick off these days. It contains 5 new songs and 5 live recordings. My full-length album is done 2/3rd. I couldn’t visit my composer Tommy Olsson (Theatre of Tragedy ‘Aegis’) last year due to the situation we are currently in so the circumstances slowed down the whole production. However, we have a good plan. First the EP!

You were going to do some concerts with Valkyre and Ann My Guard, but very likely these dates will be postponed to a later time this year or the next one. What was the idea about this collaboration and how did it come into being?

LIV: We collaborated on 4 songs back in 2017 and met in the studio for vocal recordings. Valkyre is a lovely band and the guys are, too. The gigs where I’m supposed to perform as a guest singer have been postponed numerous times, I am so sorry.

Thank you Liv for this interview. We wish you all the best with COLDBOUND and hope to see you ‘on the road’ again real soon.

LIV: I thank YOU from the heart and all the best for you, all my blessings for your family.