FRUITS OF THE TREE

One of the genres in female fronted rock and metal that is being increasingly applauded is stoner rock, whether or not in combination with doom metal and 70s rock. Bands like Alunah, Devil Electric, King Witch, Lucifer, Windhand… they’ve all produced some excellent albums. And you can easily add German band DEMON INCARNATE to that list as well. Their third album “Leaves Of Zaqqum” will be launched on June 18th through Metalville Records and we can already reveal you it’s a killer! We had an interview with the band’s singer, the lovely Lisa Healy, about Black Sabbath, the new album and the similarities with Lucifer. 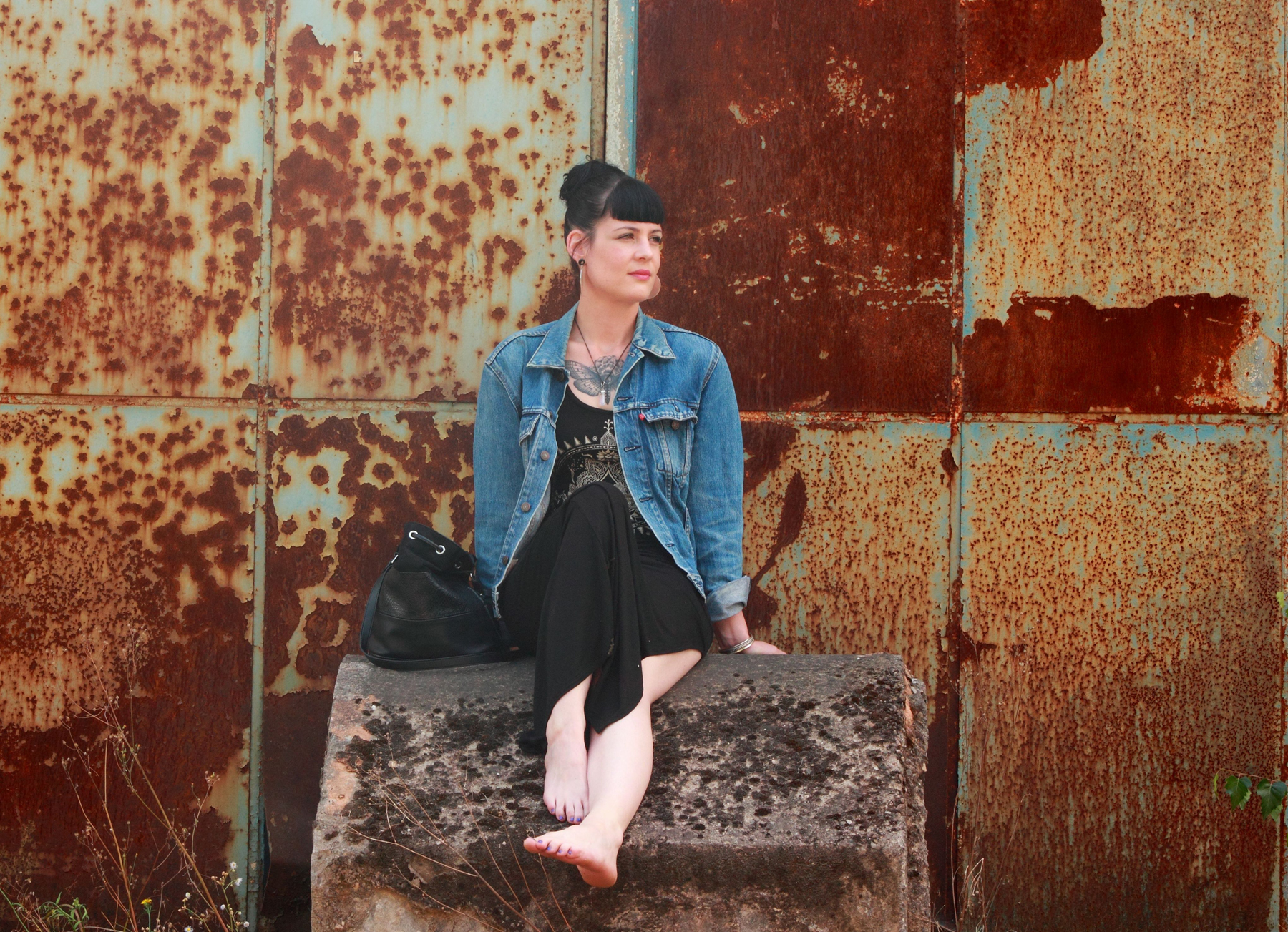 FOR THOSE UNFAMILIAR WITH DEMON INCARNATE, CAN YOU GIVE US A SHORT BIOGRAPHY AND TELL US SOMETHING ABOUT YOUR FIRST TWO ALBUMS, “DEMON INCARNATE” AND “KEY OF SOLOMON”?

DEMON INCARNATE are a five-piece band from south-western Germany and we have been around here for about 10 years. Our first two records, “Demon Incarnate” and “Key Of Solomon” as well as the “Darvaza” EP came out on FDA Records. Now we are signed to Metalville and will release our new record “Leaves Of Zaqqum” on June 18th on CD and digital. A vinyl release will follow in Fall/Winter. So check us out! 😉

THE SOUND OF DEMON INCARNATE IS BASED ON (EARLY) BLACK SABBATH RIFFS. ARE YOU ALL FANS OF OZZY, TONI, GEEZER AND BILL? WHAT’S YOUR FAVOURITE BLACK SABBATH ALBUM?

I think our preference for Black Sabbath is the lowest common denominator in the band. But I wouldn’t just reduce it to the Ozzy-era, although my favorite record is maybe “Vol. 4“. In addition, a multitude of other influences from us complement each other, whereby these are also in the late 60s and early 70s for me and probably also contain some soul. 😉

FOR YOUR THIRD ALBUM, “LEAVES OF ZAQQUM”, YOU SIGNED WITH METALVILLE RECORDS , A GERMAN LABEL. HOW IMPORTANT IS IT FOR A GERMAN BAND LIKE DEMON INCARNATE TO SIGN WITH A LABEL FROM THEIR OWN COUNTRY? DOES IT MAKE THINGS EASIER FOR YOU?

The fact that Metalville is a german label didn’t play a role in our decision. We were in very good contact with them and it just felt right. I think it was a gut feeling decision that we are all still very happy with in retrospect! 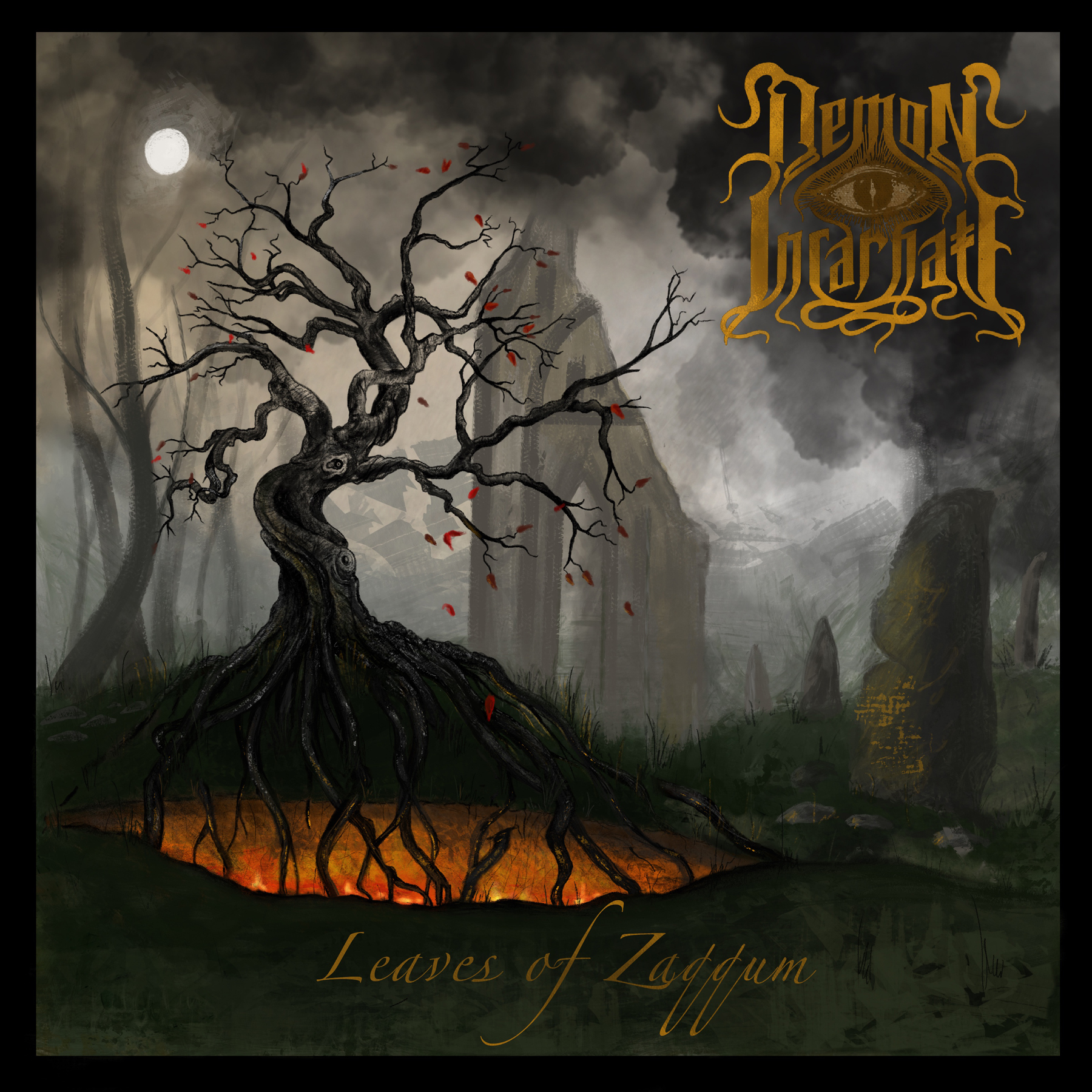 THE SONGS FOR “LEAVES OF ZAQQUM” WERE WRITTEN IN A TIME PERIOD OF ONE AND A HALF YEAR. WHO’S RESPONSIBLE FOR THE MUSIC AND THE LYRICS? HOW DOES A SONG EVOLVE?

The record is more kind of a common band effort, but Jan and Kai are more responsible for the music and Jan also helped me out a little bit with the lyrics. Normally it starts out with some riff-ideas. We put that together, try different things out and build it up until everyone is happy with the result. Then we always look for a song title that tries to capture the mood and the feeling of the song. That’s what the lyrics are based on. The main difference to the last record this time, however, was that we took our time for a detailed pre-production.

THE TITLE OF THE ALBUM REFERS TO THE TREE ZAQQUM, THAT IS MENTIONED IN THE ISLAMIC KORAN. CAN YOU EXPLAIN THAT A LITTLE MORE AND IS IT RELATED TO YOUR SECOND ALBUM “KEY OF SOLOMON”?

The album title refers to the tree Zaqqum, but has no direct reference to the Koran but rather to a poetry book of the same name. There is no religious background. When the first songs were finished with their titles, we looked again for an overarching topic or title that runs like a red thread through the album and connects the songs with one another. So you can see the individual songs as a metaphor for the fruits of the tree. We did the same with “Key Of Solomon”, but there’s no direct connection between the two records. 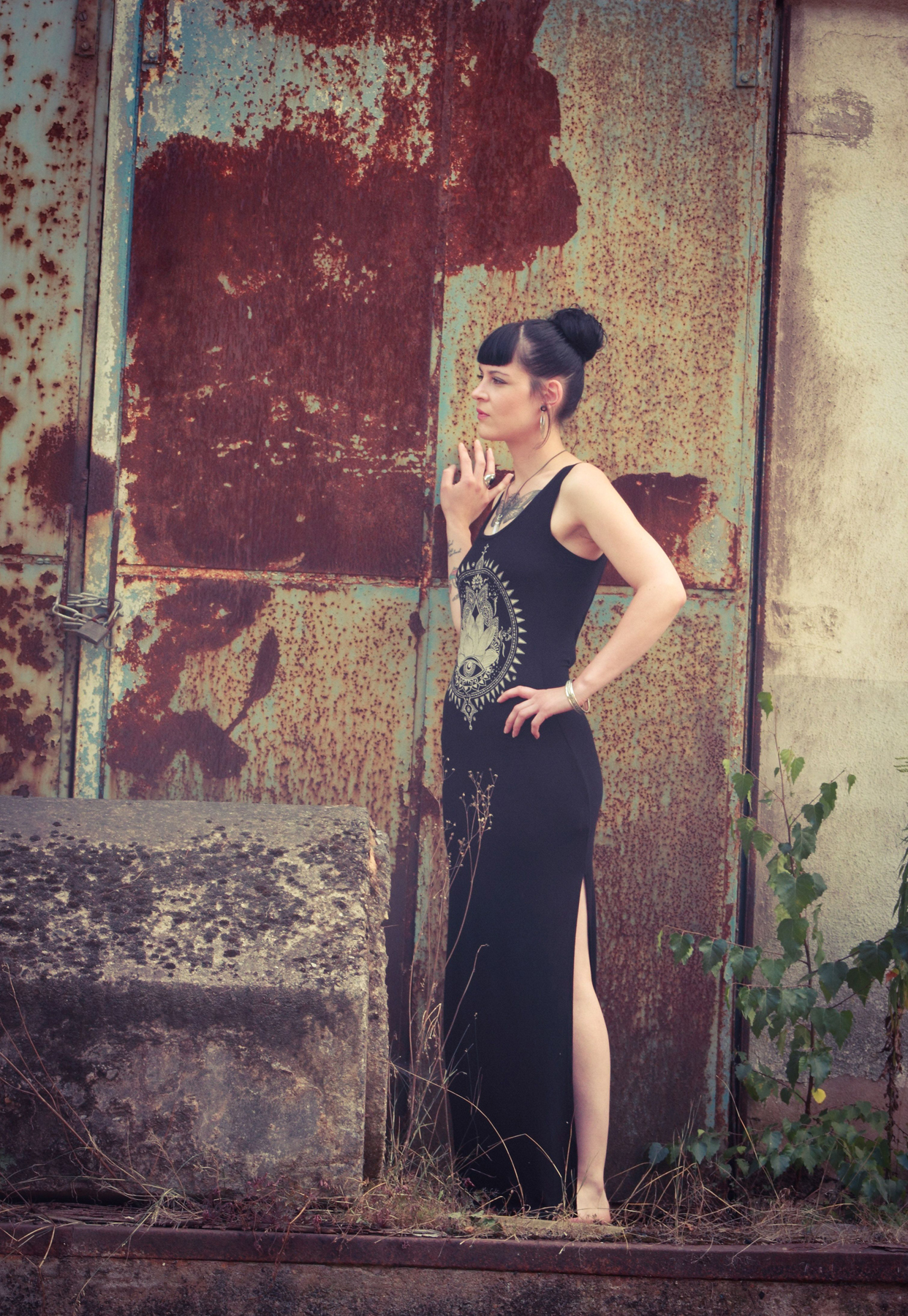 ALL THE SONGS WERE RECORDED BY YOU (VOCALS), JAN PAUL (GUITARIST) AND KAI SCHNEIDER (DRUMS). GUITARIST DONNY DWINANDA PUTRA, BASSIST MATZ NAUMANN AND KEYBOARDIST STEVE BIBER WERE ADDED LATER TO THE LINE-UP, SO THEY ARE NOT ON THE ALBUM?

Yes and no. It was recorded by Kai, Jan, Steve and me. Due to very personal circumstances, our long-time bass player Phil had to leave the band shortly before the recordings. We are all good friends with him and we very much regretted this decision. However, since we know his situation we were able to understand his motives very well and respect his decision. At that point, however, it made no sense for us to add someone new to the recordings and that’s why we recorded the record that way. On the other hand, we are very happy that Donny and Matz joined the band. For Donny, we were thinking for some time to add a second guitarist and with him it worked out right away and very naturally.

YOUR VOCAL LINES ARE VERY SIMILAR TO THOSE OF LUCIFER’S JOHANNA SADONIS. AS A MATTER OF FACT, YOUR WHOLE SOUND AND THAT OF LUCIFER HAVE SOME REAL COMMON GROUND. DO YOU KNOW THIS BAND, WHO USE TO OPERATE FROM BERLIN, AND HAVE YOU HEARD ANYTHING BY THEM?

Yes, for sure I know them and I think they are a great band. I like the voice of Johanna very much and we don’t have to talk about Nicke Andersson! But regarding the sound, I would say that Lucifer are now more into a classic 70s sound, while with us I see some more influences from the 90s from bands like The Obsessed or Trouble along with a slight oriental touch.

WHO CREATED THE ALBUM COVER ART?

The cover was created by Sandra Müller, a friend of ours who is also a tattoo artist. We are very happy with the cover and think it captures the feel, the mood and the songs of the record very well. So we are very grateful to Sandra. She was very focused and it was enjoyable to work with her. We hope to keep her on board for the future.

THE NEW ALBUM “LEAVES OF ZAQQUM” WILL BE OUT ON JUNE 18TH. HOW ARE YOU GOING TO CELEBRATE THE RELEASE WITH THE BAND?

I think we will celebrate with some beer and maybe some wine for me. But no seriously, we would of course like to celebrate and support the release with some live shows. But even if the hard lockdown is over for us in the meantime, unfortunately there are still no live concerts possible. Currently we are preparing to be ready when it will be possible to play live again. Hopefully sooner than later!

ANY CHANCE WE CAN SEE YOU ON TOUR IN THE EUROPEAN CLUB CIRCUIT IN 2022 TO PROMOTE THE ALBUM?

We hope so and would love to do it…; at the moment we are planning some new gigs and hope to reschedule some of the cancelled gigs of 2020. So stay tuned! 😉