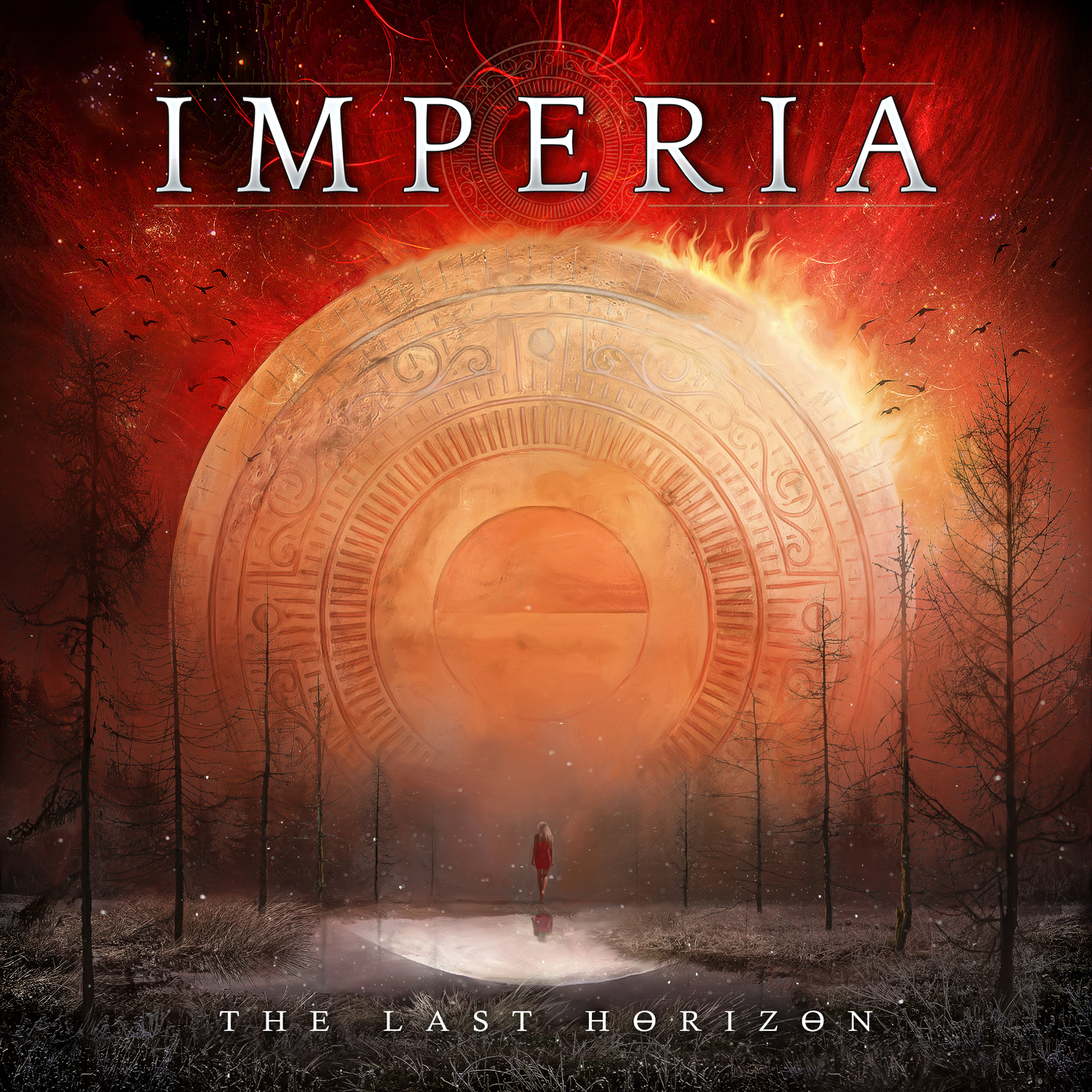 Nearly two months ago, international symphonic metal band IMPERIA released their 6th studio album “The Last Horizon” via Massacre Records. Not merely their number six, but a double-album that shows how the band is growing under the inspiring leadership of the dynamic writer’s duo, guitarist Jan ‘Örkki’ Yrlund and vocalist Helena Iren Michaelsen. With a professional staff, producer Oliver Philipps (Helena’s fiance), mixer and master Jacob Hansen and engineer Samu Oittinen, IMPERIA is working their way up to the top of the symphonic metal world. The finishing touch, the beautiful artwork, comes as always from the hand of Jan Yrlund. Our Greek rock in the sea Dimitris Kazantzis had a face-to-face confrontation with Helena to discuss IMPERIA’s latest album. 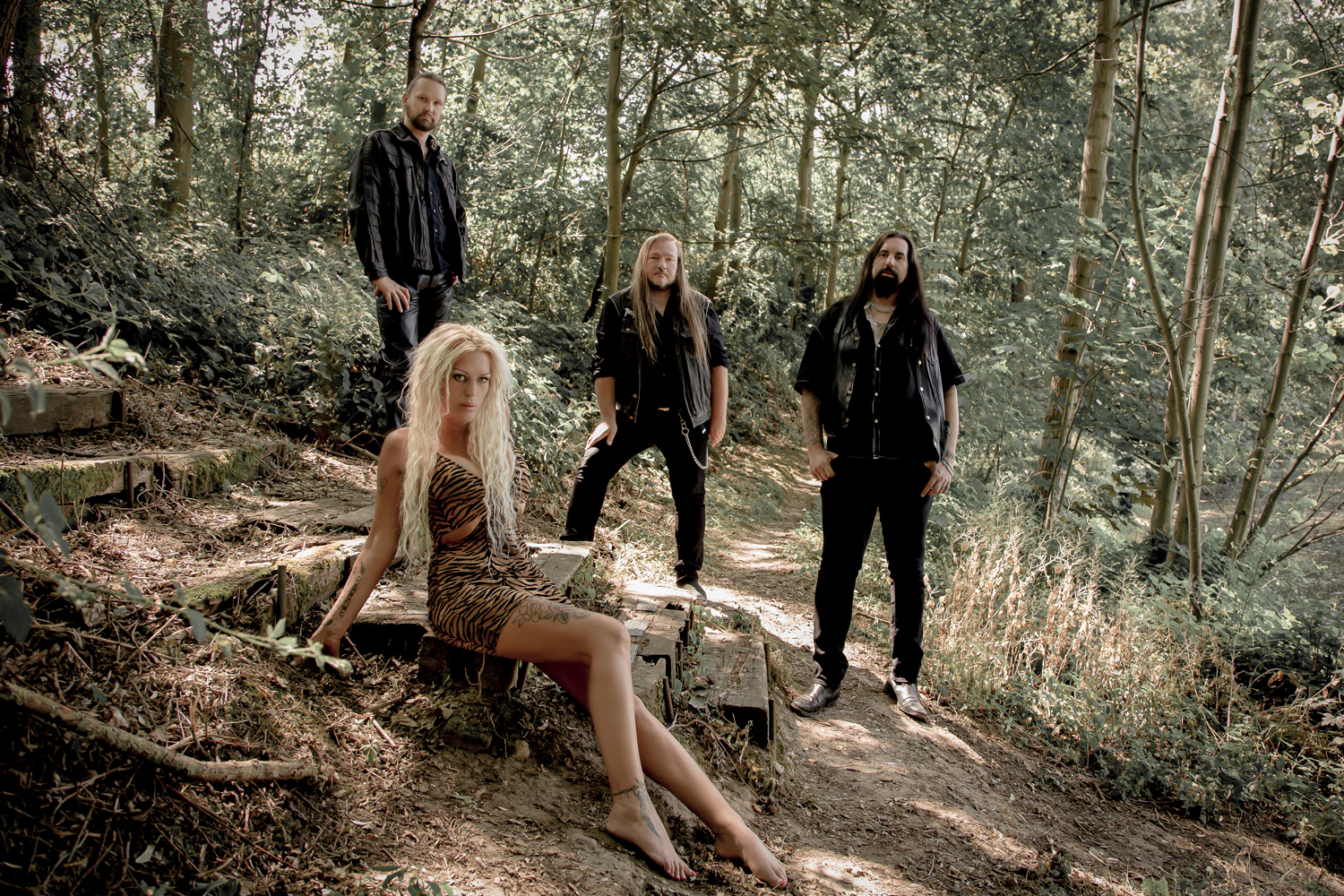 Helena, first of all, please tell us a few words about IMPERIA’s new album “The Last Horizon”.

First of all, we had many things to do because all members are from different countries: our bass player is from Belgium, our guitar player from Finland and our drummer is from Holland. We all met together in Germany and did a video shooting… we got a new video really soon for the song “Flower And The Sea” and for the rest… we had a very good connection you know, we didn’t have to speak so much about things like the artwork, everything came very naturally. Jan is a great composer of the music, he can write catchy songs but at the same time be dark and moody… catchy in the darkness, if you know what I mean. He is also very emotional and he tends to songs like painting pictures or having scenes from a movie or something. But all the band members contributed in the studio and the overall arrangement. We are like family and we were very happy to see each other after the whole pandemic situation. As for the lyrics of the album, I always tend to express my inner emotions and I think that I have written some great lyrics on the album. All in all, I can honestly say that I am really happy with how the album turned out. 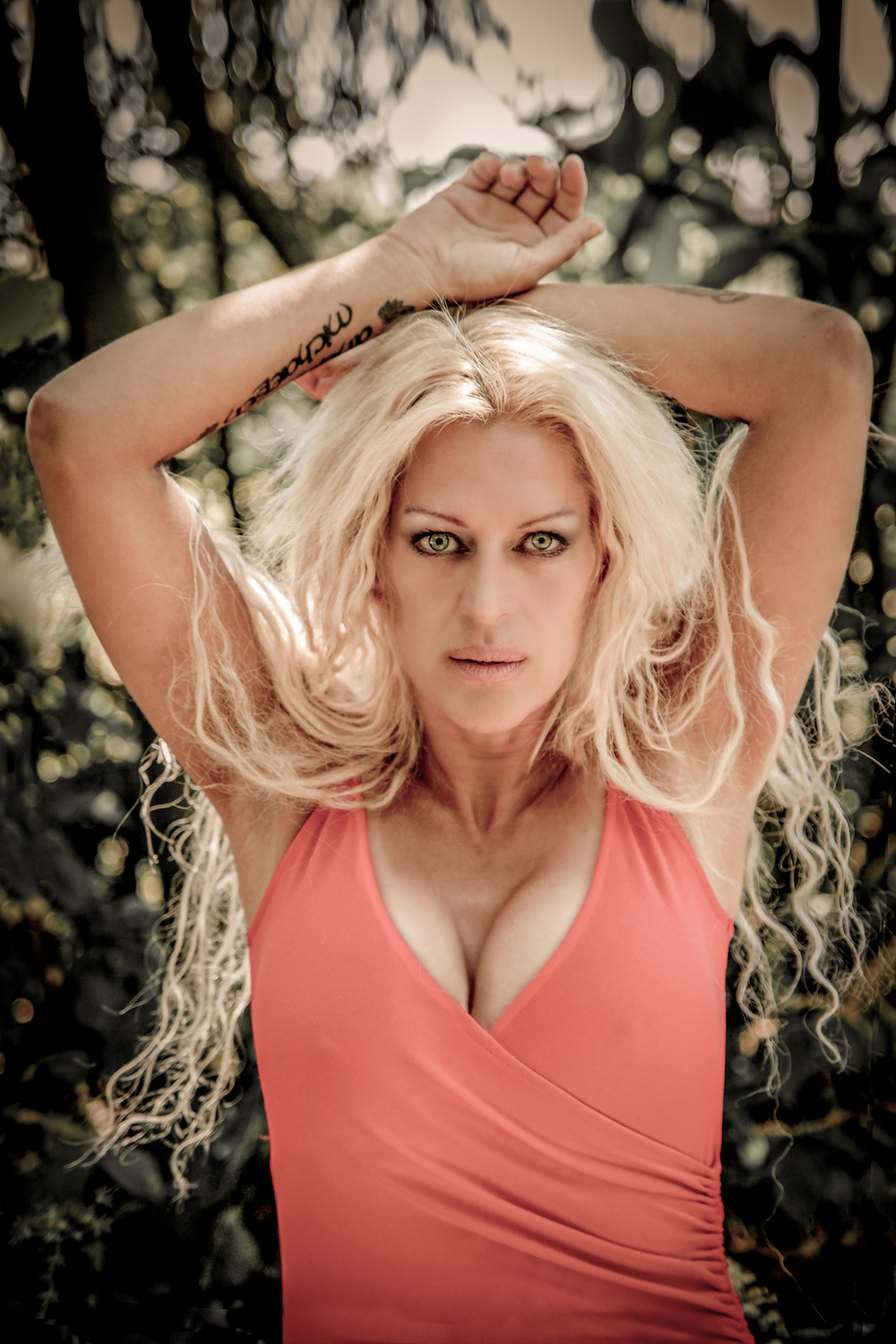 Regarding your last words, in my experience there are two actual opinions about a new album. The first is “this album is exactly what I would like to make”, the other one is “you can always change some things”. What do you think about this?

Definitely, I belong to the first category although I totally understand when an artist says that he wishes to have done a few things differently when the album is done. But I must say that I wouldn’t change a thing on “The Last Horizon”. It came out exactly as we wanted it to be and it captures perfectly the band’s identity and who we are at this moment. We managed to achieve also a great balance between the overall emotion of the songs as we wanted to take the listener on a journey with us. Hopefully, there will be a lot of people that will find the album exciting… so far everybody seems to be really happy with our new album and that is, of course, very good and satisfying for us.

I think you replied partly on my next question… is there any different on the album,  something new compared to the previous ones?

Well, yes and no! We are always trying not to repeat ourselves and present a brand new album with different emotions and different pictures for the fans and the listener. On the other hand, we always have in mind that this is an IMPERIA record and the fans who will buy the album expect certain things from us. So, what we are trying to do is to combine the two things and release an exciting album… exciting for all of us and for the fans. As I said, the feedback from the press and the fans has been overwhelming and we couldn’t be happier.

What are the plans for the promotion of the album?

As everybody knows, right now it’s a very tricky situation regarding gigs and tours due to the Corona virus. But I believe by Autumn things will be better and we will work on a proper tour for the promotion of the album. For the time being, we have the new video clip, we are doing interviews and we are trying to keep our fans up to date on our social media pages.

When we started IMPERIA, I wanted to create a band that will give me a creative freedom to express myself through my lyrics and this can only happen if you have fellow band members that you can trust and rely on.

I was browsing through the band’s official pages and I didn’t see a vinyl edition of the album. Why’s that?

I don’t know. I have no update from the label, probably because it’s expensive.

IMPERIA’s style of music is symphonic metal. Do you see yourselves in the future adding different elements to your music in order to reach out to more fans?

When we started IMPERIA, I wanted to create a band that will give me a creative freedom to express myself through my lyrics and this can only happen if you have fellow band members that you can trust and rely on. We had our problems in the past, but now everything’s different and I am very happy. In regards to your question, I can’t really say much because we will definitely continue to play symphonic metal but also try to reinvent ourselves. As I said earlier in our interview, we will always try to add new elements in order to be fresh and exciting to the fans. But never forget your roots and try to be yourself all the time! 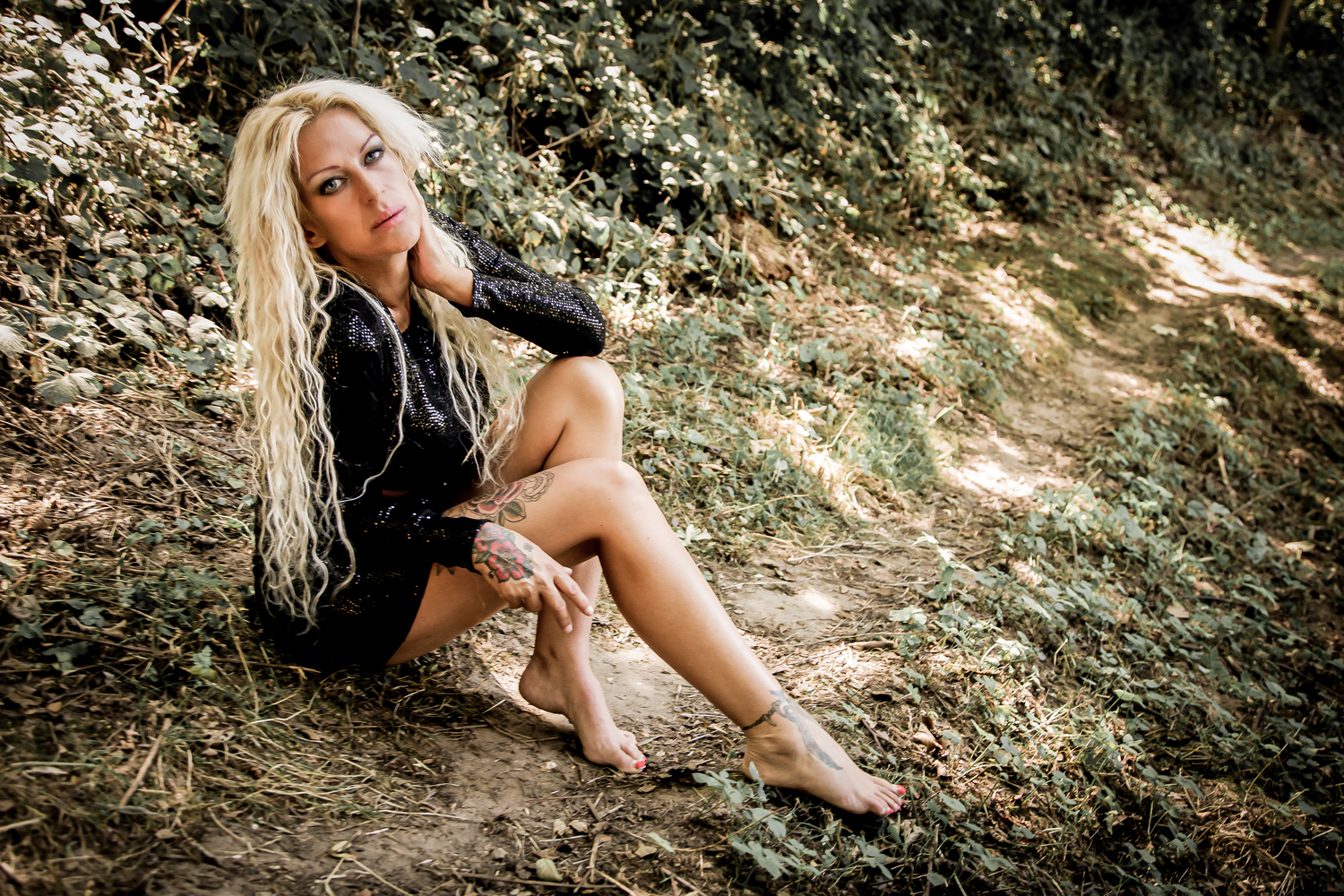 How do you imagine things will be after the pandemic when the borders are open again? Do you think it will be like before or will we face a new situation?

My experience is that after lots of traveling… I’ve been in Norway, I’ve been in Denmark, I’ve been in Belgium, I’ve been in Holland… all over Europe… The thing is, that’s a different situation from country to country and all these restrictions have really affected our lives. Personally, I believe that things will return to the previous situation especially when people will get their vaccines and people start travelling safely again and without having the fear of contracting Covid or spreading the disease. I think that the shows will be spectacular and people will enjoy themselves once again. For the time being everybody should stay safe. How are things in Greece?

So many things have happened here that I could write a book about it.

(laughs) I know what you mean. But it’s really the same thing all over the world. So I can imagine how it feels.

I had the chance of catching your show in Athens as support act to the great Manowar. How was your experience?

We really enjoyed it… as a matter of fact, we couldn’t believe that Manowar had so many fans in Greece. So, it was nice seeing so many people gathered together especially early in the afternoon. As you said, Manowar is a great band and we had a great time. Also, I remember that it was a cool place right beside the sea.

Exactly! So, what are IMPERIA’s future plans?

More shows, more gigs and a tour to promote the album. That’s the most important thing. Of course, when things are normal again we will try to push the album as much as possible in Europe. Hopefully, we will record new music in the near future, too… but we will talk all about it again.