SERBIAN POWER METAL BAND CLAYMOREAN ARE NOT YOUR AVERAGE GROUP OF MUSICIANS THAT LIKE TO COME TO THE FOREGROUND. AND ALTHOUGH THEY HAD TO DEAL WITH A NAME CHANGE AND A WHOLE BUNCH OF LINE-UP CHANGES IN THE PAST, THEY HAVE NO REASON AT ALL TO BE SO MODEST, AS EVIDENCED BY THEIR EXCELLENT LAST TWO ALBUMS “UNBROKEN” (2015) AND “SOUNDS OF A DYING WORLD” (2017). THE NEXT ALBUM, “EULOGY FOR THE GODS“, IS ON ITS WAY AND WILL BE RELEASED BY THEIR LABEL STORMSPELL RECORDS ON SEPTEMBER 1ST. BUT BEFORE THAT HAPPENS, WE ALREADY HAD AN INTERVIEW WITH VOCALIST DEJANA GARČEVIĆ. 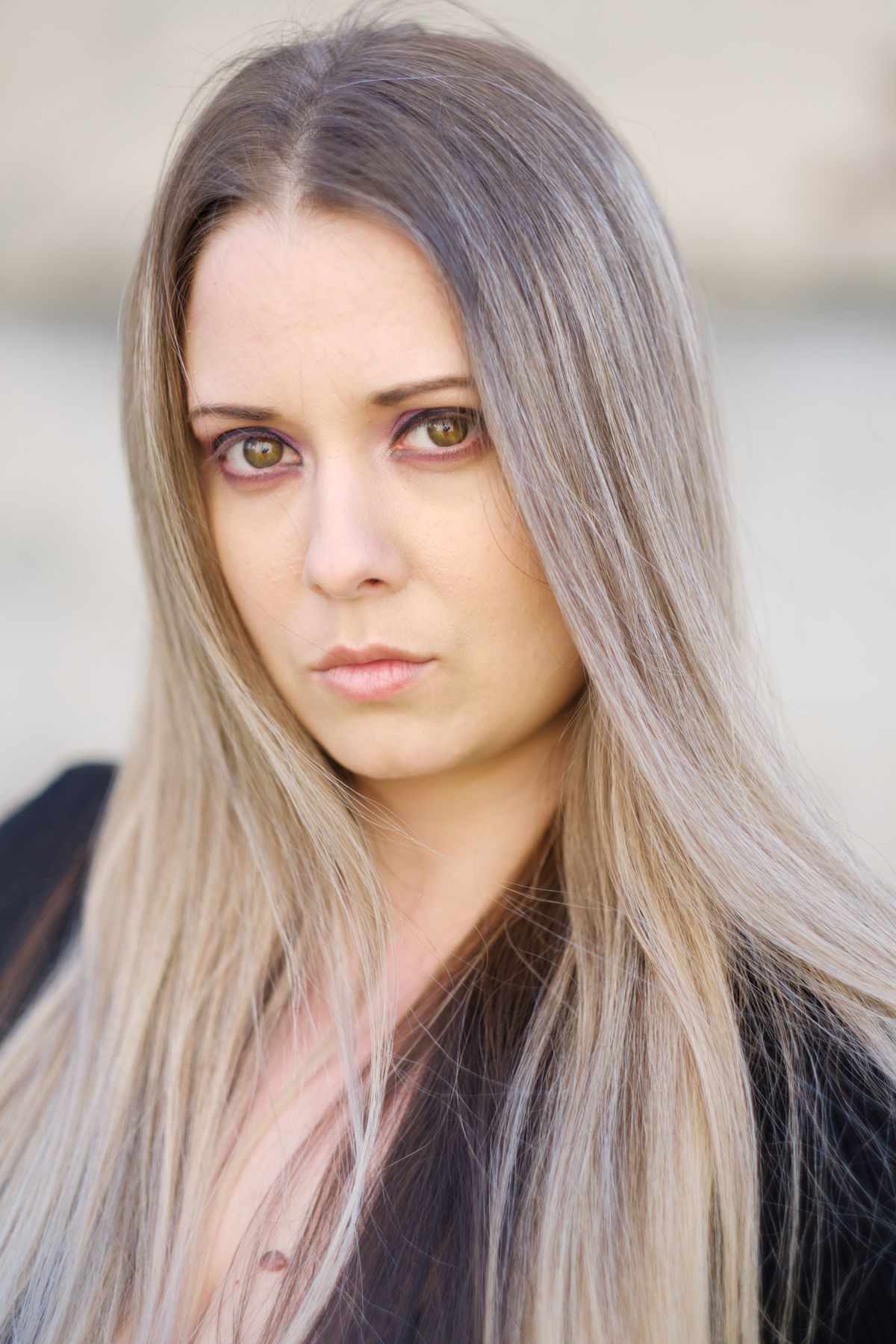 If someone would take the trouble and have a look at the CLAYMOREAN line-up, he/she would see three members with the last name Garčević. In short, can you reveal the family ties between yourself, guitarist Vladimir and bassist Goran Garčević?

Vlad is my husband and Goran is my brother in law, so no big secrets there, haha. But sometimes people think all three of us are siblings, don’t know why… Our guitarist Uroš desperately wants to be related to us, but we consider him as a part of the family too. As for our newest band member Marko, we all want to adopt him, since he’s the youngest one in CLAYMOREAN. However, it turns out he’s really related to Vlad and Goran.

In the past, CLAYMOREAN has worked with male vocalists as well. Miodrag Fodora for example can be heard on your third album “Unbroken”. But it looks like Vlad and Goran have taken over this task now?

Actually, “Unbroken” is our first album under the name CLAYMOREAN and Vlad used to be main vocalist in CLAYMORE. Goran and Vlad nowadays sing backing vocals, but they need to be begged to do it or threatened with a gun, haha. Mićko (Fodora) is a fantastic vocalist and musician and I wish him all the best with his new band Testimony. Check ’em out.

We knew Stormspell Records as this underground cult label that is releasing true metal bands.

Since we’re discussing work assignments, Marko Novaković took over the drumsticks in 2020 from… whom exactly? Last drummers known in the band were Aleksandar Canković (until 2014) and live drummer Vojin Ratković.

He took it from Angelo Sasso, hahaha. Seriously, we were “forced” to work with drums samples since we didn’t have much luck with drummers in our town. Vojin (who is an amazing drummer) helped us play with Ross The Boss live, and if we hadn’t find Marko, we’d probably hang on to Vojin for live shows. Now I can say our lives have meaning with Marko on board. We love the guy. 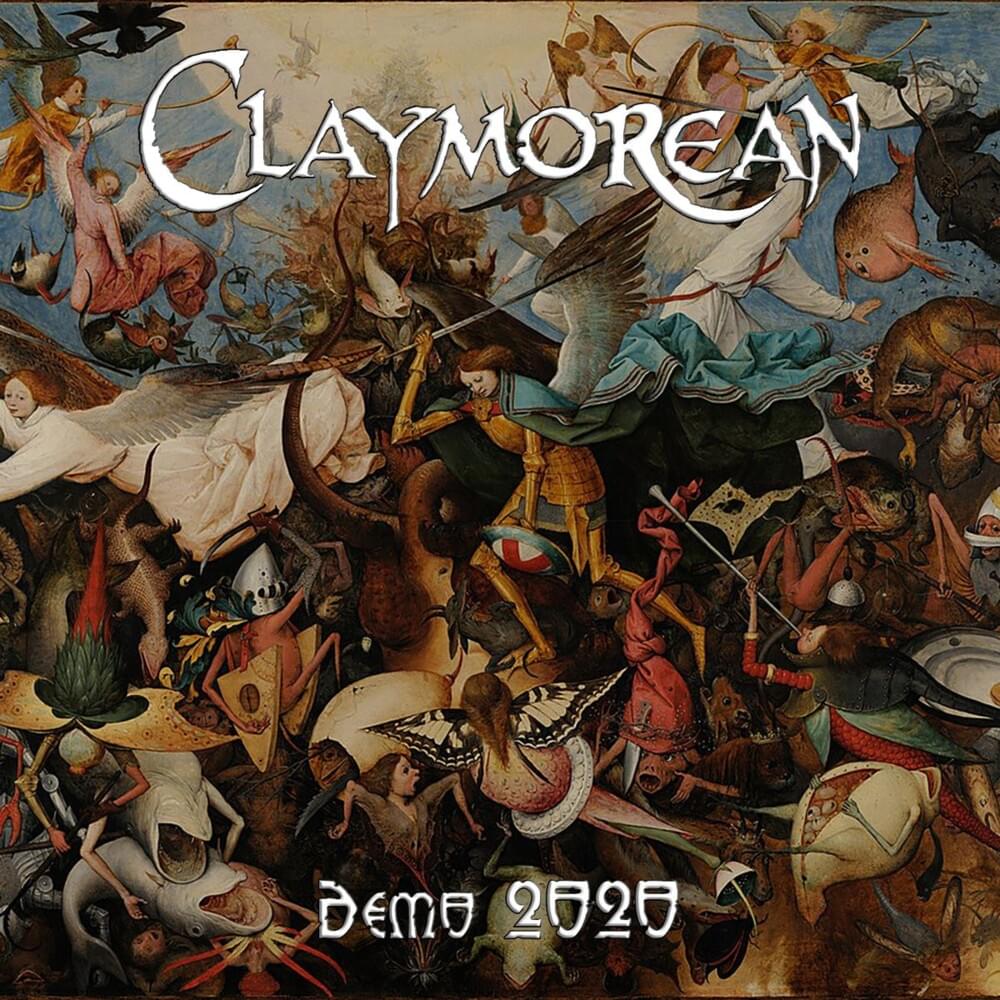 Every time CLAYMOREAN releases a new album, there’s a demo out first with a couple of tracks from that new album. So was “Demo 2020” released on May 6th, 2020 with the first two tracks from the new album “Eulogy For The Gods”. What exactly is the purpose of these demos?

The purpose is simple. We’re pretty much an unknown band for the most part, so we try to draw some attention from the audience by playing these demos as an advance material of the upcoming release (like a test drive). In the 80’s many bands did these demos on cassette tapes, so that was kinda cool. Why not doing it XXI (21st) Century style?

Now that we’ve arrived at the point where we are going to discuss “Eulogy For The Gods”, it’s your third album for Stormspell Records. How did a Serbian metal band end up with an independent Californian label?

I believe it was back in 2015 when we uploaded our song “We Fight Like Lions” on YouTube, and Danny (Stormspell owner) was the first to approach us for the record deal. We knew Stormspell Records as this underground cult label that is releasing true metal bands. And we knew he’d be picky, so we must’ve done something good because he liked us, haha. Also there’s some kind of a Balkan connection between us, lol.

Napalm and Nuclear Blast are not my personal choices, though. Too many poppy bands on their roster, with distorted guitars that pretend to play metal.

CLAYMOREAN can be described as an epic power metal band that brings heroic stories. In that context, the title “Eulogy For The Gods” can be easily explained. But what is your explanation of the title?

A lot of themes on this album are connected to the context of religion and all the good and the bad stuff people do in the name of their gods and deities. I had a personal tragedy before this album was recorded, and it dealt with religion in oh so many ways (bad and dark ways). Also, lyrics deal with the misogyny and how religion treated women through the course of history, whether real or fictional. And then we have a song dedicated to our deity, Mark Shelton of Manilla Road, and it is called “Lords Of Light“.

Remarkably enough, almost all the lyrics come from the hand of Vlad and not one from you (although you did co-write some of the music). Writing lyrics is not your thing? 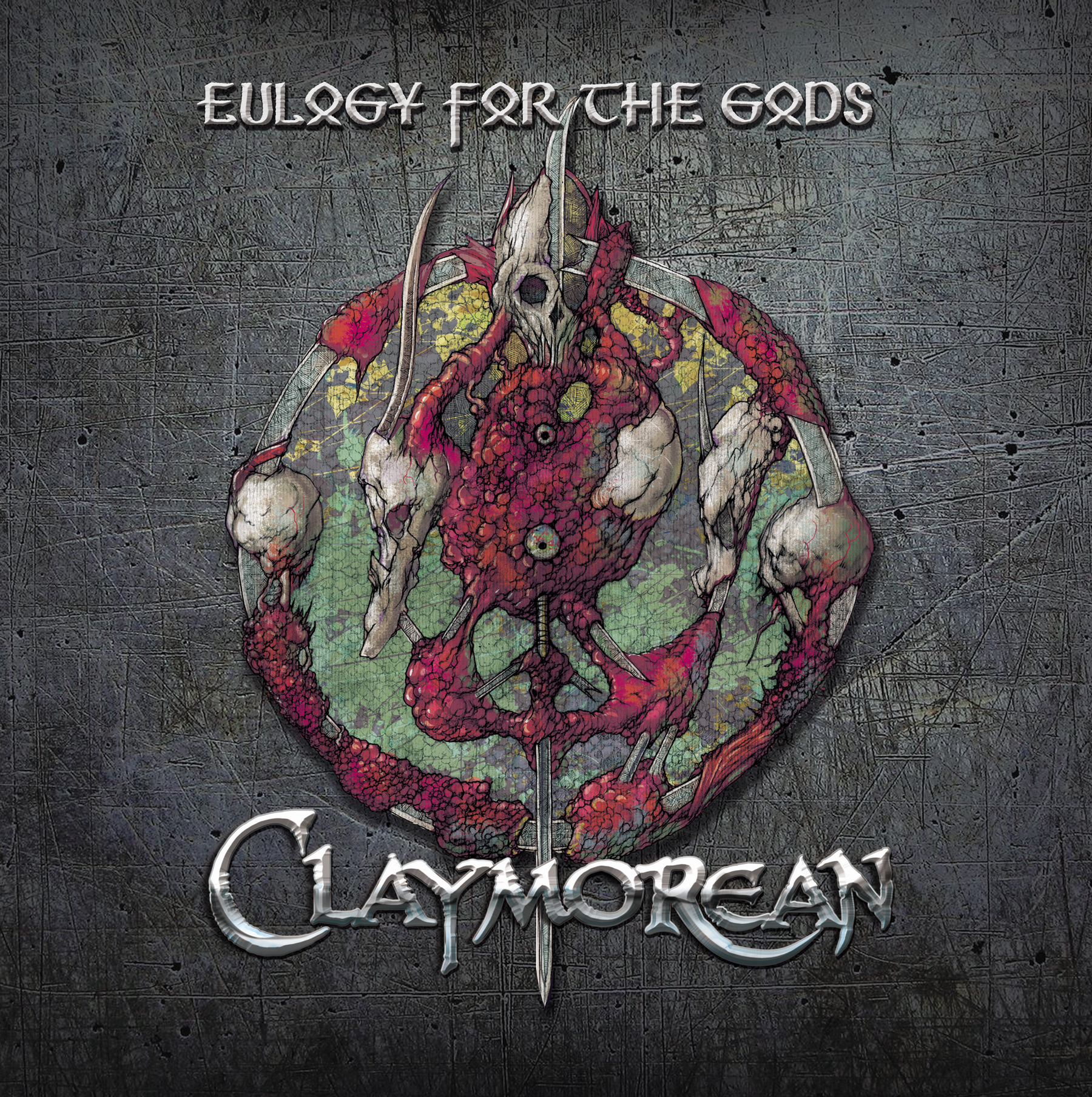 I come up with melodies, mostly vocal melodies which inspire Vlad to write lyrics based on the metrics of those melodies or riffs. Each member contributed a lot on this album, musically, but who knows, maybe on the next album Vlad won’t be a sole lyric writer…

Traditionally, there’s also a cover track again (although normally kept for the closer). This time, you’ve chosen for Virgin Steele’s “The Burning Of Rome (Cry For Pompeii)”. Why this one and how is the choice for recording a cover track being made in CLAYMOREAN?

When Vlad first heard me singing (with my old band) 10 years ago, he told me my singing style reminded him of David DeFeis, haha. We all love Virgin Steele, so the choice wasn’t too difficult for us. However, since we pretty much covered our favorite bands (although not all of them, because we’d need 30-40 more), I don’t think we’ll be recording cover songs anymore on our next albums. But, never say never.

The bonus track on “Eulogy For The Gods” is called “Blood Of The Dragon”, completely written by Cederick Forsberg. Who is he and how did this come about?

He’s a genius! Many people know his bands Rocka Rollas and Blazon Stone (check them out, of course), but nowadays he became a full time drummer for Crystal Viper. We’re label colleagues, so we’re often in touch. He reached out to Vlad one day and said something like: “Hey, I wrote a song a decade ago and I think it would be perfect for Dejana‘s voice and CLAYMOREAN.” And it is! 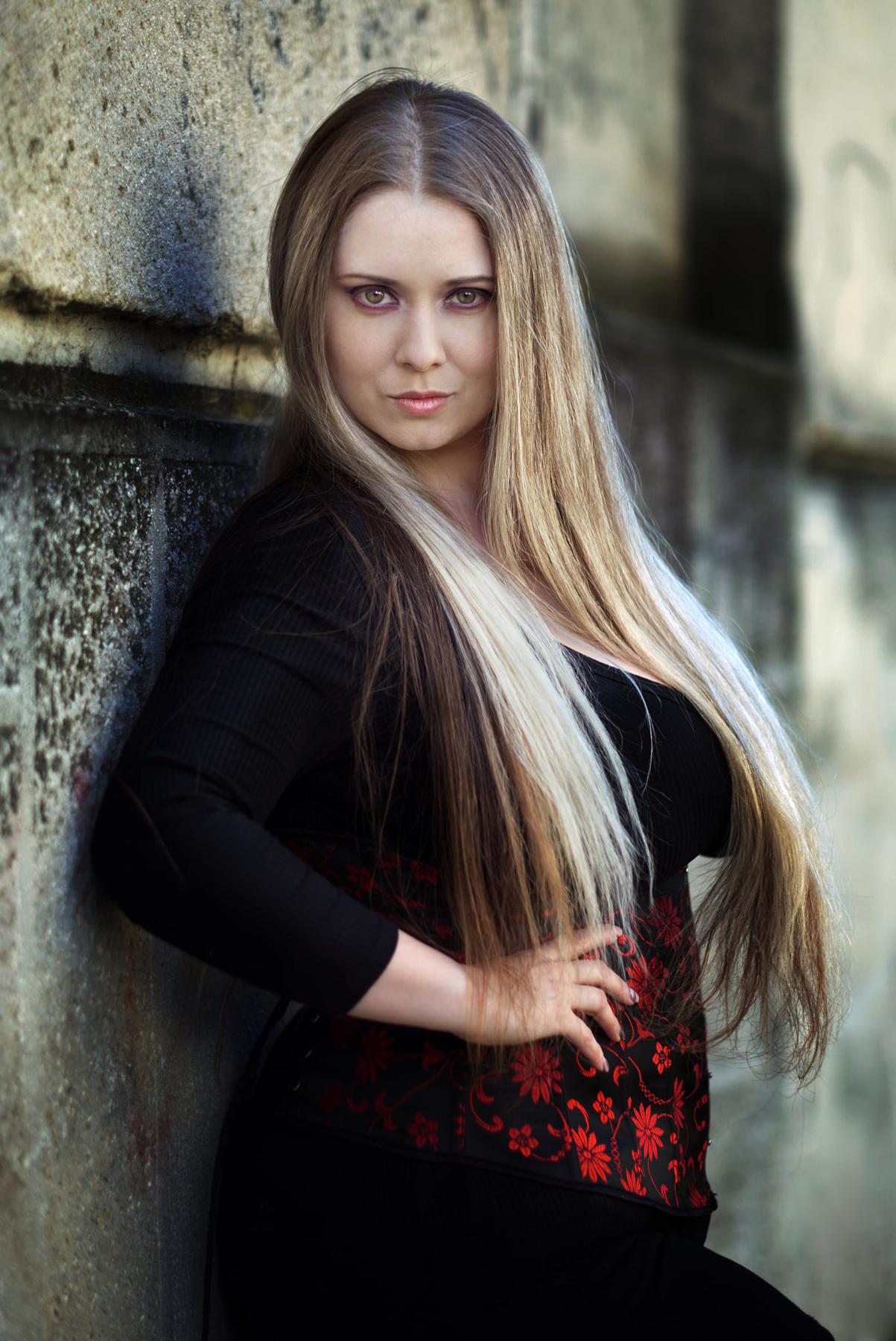 The cover art was done by Igor Stanić. Can you tell us a little more of what we see when we look at it?

If you’d ask our guitarist Uroš, he would say: “I see a Technodrome and Krang”, hahaha… But for the rest of us it simply represents a sigil of death and a symbolic monument to the frailty of mankind and their beliefs. Igor truly did an amazing job and outdone himself with this fantastic artwork.

So far, one single (“Hunter Of The Damned”, accompanied by an official B&W video) has been taken off the album. Will there be more?

Wheels are in motion. We’ll have to wait and see. We’re very happy with the reception of our first music video.

While conducting this interview, I was listening to the new album and I can honestly not understand why CLAYMOREAN haven’t been picked up by a major label like Napalm Records or Nuclear Blast yet. Are you secretly hoping that “Eulogy For The Gods“ will be the wake-up call for one of those labels?

I hope it will put us on a world’s metal map. As far as the labels go, we’re currently happy with Stormspell, although we could use some extensive promotion, since we truly believe we made a good thing with this album. Napalm and Nuclear Blast are not my personal choices, though. Too many poppy bands on their roster, with distorted guitars that pretend to play metal.

Last one, Dejana: CLAYMOREAN is not a band that has been touring a lot through Europe. Are you going to change that, when this virus ’thing’ has finally blown over and concerts/festival are allowed again (hopefully in 2022)? It could be a perfect way to promote the new album.

Honestly, we never had a true opportunity to be invited to tour outside Serbia (without being forced to pay a ridiculous amount of money). We’re hoping it will change as we have a full and functioning band now. We’d love to play some festivals, like Keep It True, Up The Hammers and more. So, we hope you’ll spam your promoters to bring us to your town, haha.