CREATING INSPIRED WORKS FOR THE FANS

We wouldn’t be surprised when EVERDAWN‘s album ‘Cleopatra‘ will score highly when the annual year end lists for best albums of 2021 are being made by magazines and websites. It’s maybe too early to speak of a ‘supergroup’, but with Alina Gavrilenko on vocals and Mike LePond on bass, EVERDAWN has all the potentials to become one. It’s all up to Sensory Records and the press now how things will evolve, but before things really start to explode for them, we had an exclusive interview with Alina Gavrilenko, aka the Snowmaiden, about herself and ‘Cleopatra‘. 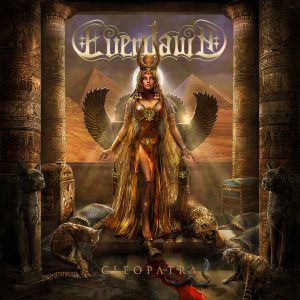 Alina, first some personal info. You were born in Russia, but you currently reside in Hamilton, Ontario, Canada. How did you end up there?

ALINA: I immigrated from Russia back in 2011 with my family. Shortly after I got my dual citizenship in Canada and we settled into a home in the green belt of Ontario with many scenic places and natural beauty. As a very outdoorsy person who loves hiking and camping, it’s incredible living in the “Waterfall Capital of the World”. Here in Hamilton we have 156 waterfalls, the most to be counted and recorded to date by any individual city in the world. A perfect place to get inspired.

You’re a trained operatic soprano. Where did you get your education?

As I was born in winter, growing up on the Kamchatka Peninsula in Russia, winter was a major part of my life and a season that awakens my soul and creativity.

Behind your name on your Facebook page it says in Russian “Снегурочка”, which means in English “Snowmaiden”. This is also the name of the other band you are active with. But Snowmaiden is more a cover band with sometimes (a) special guest(s). Is this more a hobby band for you?

ALINA: Many people in the metal scene know me as a Snowmaiden, as it is a moniker under which I perform as a solo artist. It is a nickname and persona I’ve embraced. “Снегурочка” is a Russian fairytale character known as the daughter of winter. As I was born in winter, growing up on the Kamchatka Peninsula in Russia, winter was a major part of my life and a season that awakens my soul and creativity. The name is both representative of that and the artwork I’ve created, as a Snowmaiden album is currently in the works. It is both a personal and musical branding that I carry with pride. 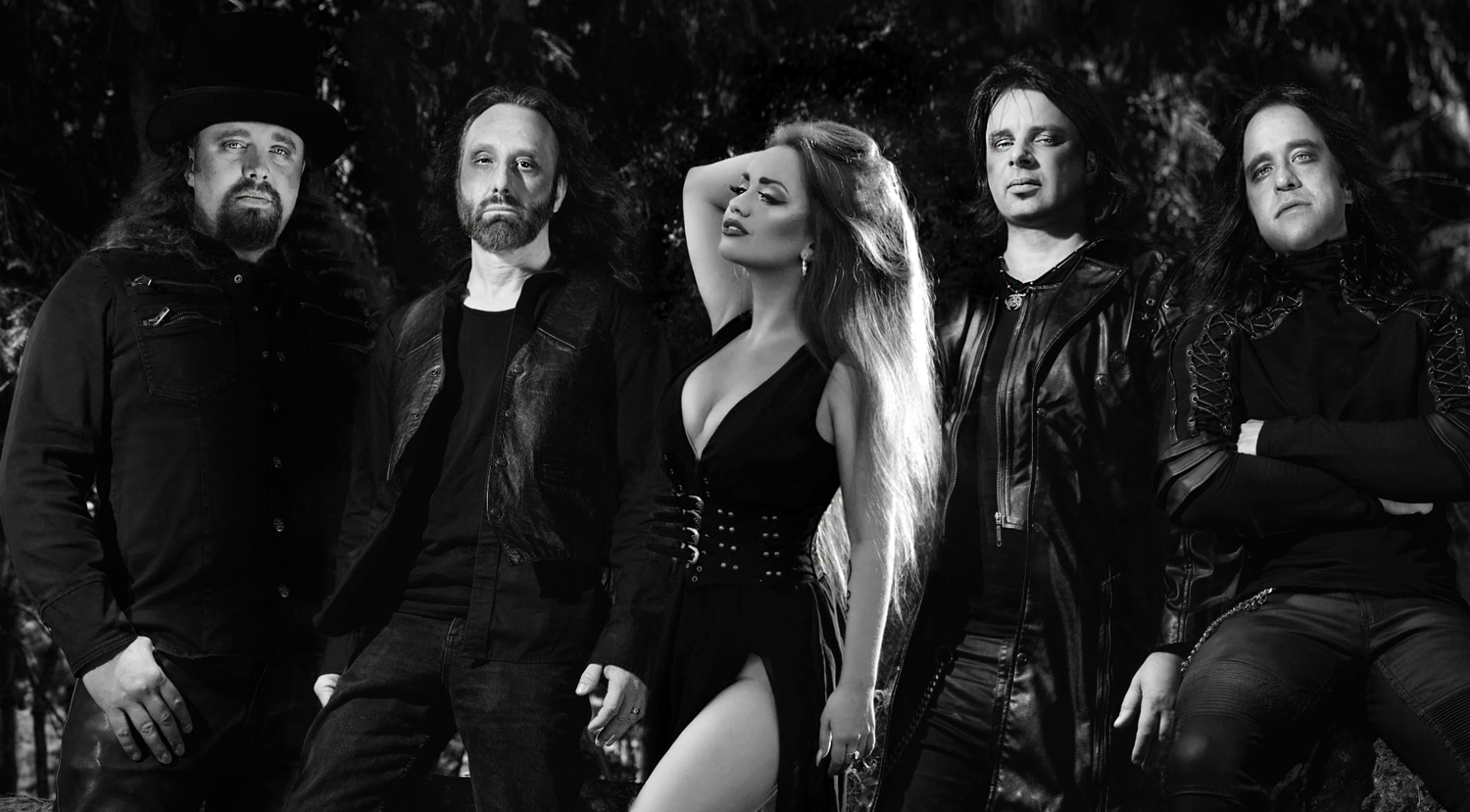 You started as the successor of Raine Hilai in 2019 for Midnight Eternal. How much do you know about the perils between her and the rest of the band?

ALINA: I was aware about the situation from the start and despite the setbacks caused by the former singer resulting in change of the band name, we never looked back and focused on music and future plans.

Midnight Eternal is now called EVERDAWN. The debut album ‘Cleopatra’ will be out on February 7th. How was it to work in the studio with someone like Mike LePond?

ALINA: The instrumentals were written and recorded before I added my vocals in the studio. We only had 3 days to record 11 songs as well as a bonus track with all layers and harmonies. With that hectic schedule, we didn’t have much time for much of anything besides work. I was in the booth for 12 hours a day just to complete the project. For next time, we’ll definitely take more time in the studio in order to hang out, bond and enjoy each other’s company.

The music on ‘Cleopatra’ sounds very full and complete. Who wrote the arrangements and who did the lyrics?

ALINA: It’s a very collaborative process in EVERDAWN, where everyone is responsible for what they do best. Boris typically has main melody theme and song structure through synth and piano to which Rich arranges all the guitar lines. After Dan tracked the drums and Mike did the bass, I stepped in with tracking vocals and writing lyrics for some songs on the album like ‘The Last Eden’, etc., while Boris had also worked on other half of the lyrics.

Is ‘Cleopatra’ a concept album?

ALINA: It’s not quite a concept album. ‘Cleopatra’ is a stand alone track, which the whole band thought represented EVERDAWN best musically. Therefore, we decided to name the album as such, however the songs are not related among each other.

Why did you pick ‘Stranded In Bangalore’ to be the first single off the album?

I am an extremely visual person myself and it was very important to me particularly to get the art work that would fit just perfect.

ALINA: We thought it was a perfect song to ease in any listener including those who may not be yet familiar with metal. It’s a catchy, short and sweet radio friendly banger, with a sing along vibe in the chorus.

How did you get to sing Therion’s Thomas Vickström on ‘Your Majesty Sadness’?

ALINA: The guys actually went on tour with Therion in Europe a few years ago as Midnight Eternal. They have approached Thomas then, to do a collaboration in the future. So here we have a long awaited duet today, which we are incredibly proud of. 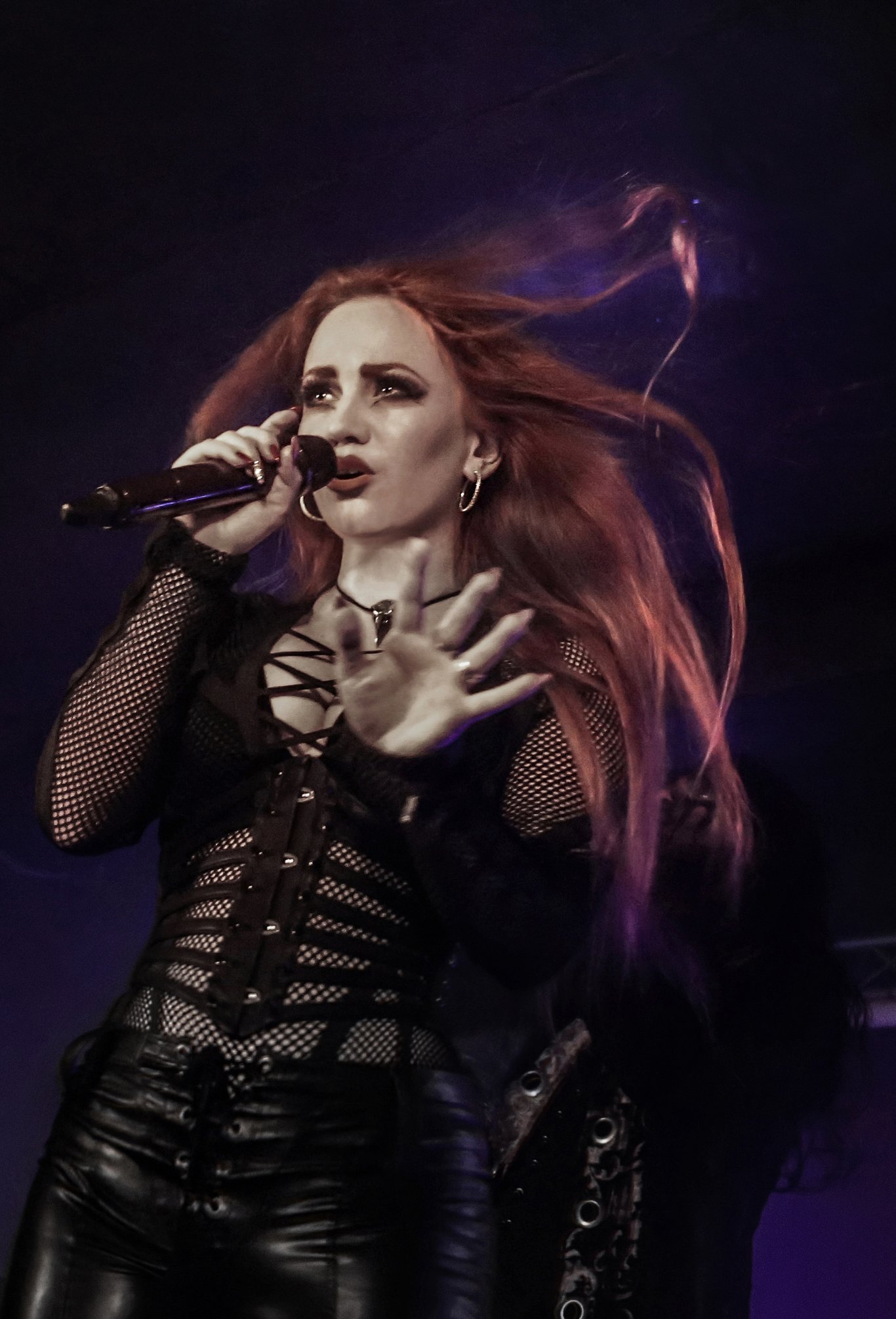 Is guitarist Richard Fischer doing all the other male vocals on ‘Cleopatra’?

ALINA: Aside of being an excellent guitar player, Rich is also doing lots of backing and layering vocals in all the songs aside of our duet with Thomas Vikström from Therion on a song ‘ Your Majesty Sadness’.

First thing the buyers of ‘Cleopatra’ will notice is the incredibly beautiful and detailed cover art by Gyula Havancsák. Where did you find hím?

ALINA: I am an extremely visual person myself and it was very important to me particularly to get the art work that would fit just perfect. After thoroughly researching metal album cover artists, I insisted we go with Gyula. The artwork he produced was above and beyond our expectations and brought our vision into fruition. I am very thankful that the guys allowed me to take a lead role in the visual aspect of album production.

What do you eventually hope to reach with EVERDAWN and do you discuss future plans with the other band members?

ALINA: Working with the band was an incredible experience and I would love to continue to create inspired works together for the fans for a very long time. It would be fantastic to tour and travel playing shows together whenever that is possible!

When this whole COVID-19 drama is over and playing live is possible again, are you going to support the album, supplemented by some Midnight Eternal songs (or perhaps: Snowmaiden)? What do you like more: a club tour or Summer festivals?

ALINA: Once the pandemic is over and done with, it would be great to get back on the road and join fans and performers alike to celebrate the gift of music. We will certainly play some of our older bangers as well as focusing on supporting ‘Cleopatra’. I personally can’t pick festivals over venue tours, they both are equally wonderful in different ways. Playing live is a magical experience, no matter where. I am looking forward for doing both.