HOLY MOSES are a household name within the international metal scene. Their multi-faceted thrash metal, front-woman Sabina Classen’s charismatic voice and their unique mix of traditional attitude and experimental evolvement have been instrumental in establishing the band as a well-known and reliable entity since the beginning of their career in the early 1980s. With classics like „Finished With The Dogs“ (1987), „The New Machine Of Liechtenstein“ (1989), „World Chaos“ (1990) or „Terminal Terror“ (1991), HOLY MOSES wrote metal history. Their latest studio-release „Redefined Mayhem“ from 2014 was a prime example of an album which expertly blends past and present.

That HOLY MOSES don’t show any symptoms of fatigue is mainly due to their perfect balance within their line-ranks, consisting of founding members and musicians who have previously also played in other groups: frontwoman Sabina Classen has been the voice and face of HOLY MOSES since 1981, bassist Thomas Neitsch has been in the band since 2008, drummer Gerd Lücking joined the fold with guitarist Peter Geltat in 2011/2012. This line-up has proved to be ambitious and ready to face the new challenges in a permanently evolving metal genre. 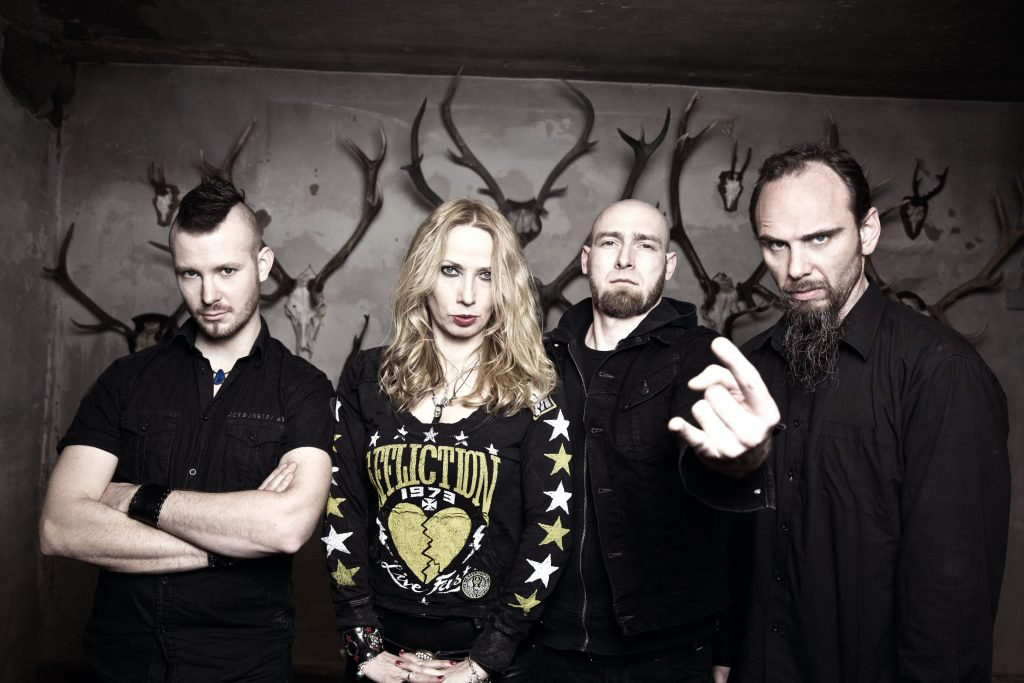 Today, HOLY MOSES annouce the signing with the new founded label Fireflash Records, a sublabel of Atomic Fire Records (Meshuggah, Helloween, Amorphis and others). “This is HOLY MOSES. In 2022/2023 we will define a new chapter of our band history,” explains Sabina Classen. “The band has been growing together as a very strong team for more than 10 years by now. The new album, which is due to come out in 2023, is in the mixing process right now and will show that HOLY MOSES continues to be a force to be reckoned with. We cannot reveal much more right now, but look out for further news coming soon!”.

REVIEWS:
LEATHER – We Are The Chosen
HER ANXIETY – No Land In Sight
CASKET ROBBERY – Rituals Of Death
EPICA – The Alchemy Project
NUMENTO – The Vile Entity

5 QUESTIONS:
TIGERSCLAW
WE ARE TO BLAME
REMINA
GOLGOTHA