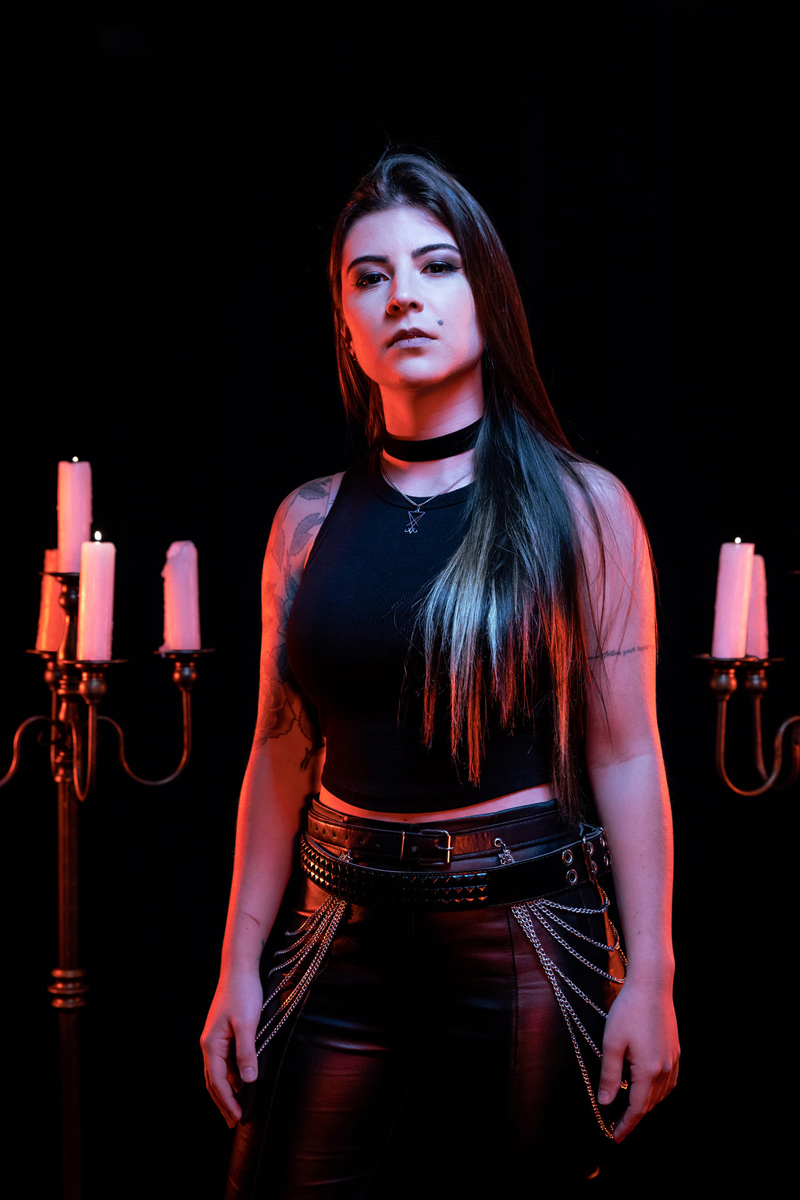 Guitarist Jéssica Di Falchi is the new official guitarist for CRYPTA. In May 2022 she joined the band as a sidewoman, to carry out the “Echoes Over Latin America Tour” and “Echoes Over Europe Summer Tour” replacing Sonia Anubis.

Born in Monte Alto/SP, Jessica studied guitar at the Souza Lima Conservatory in Ribeirão Preto, Brazil and has been working professionally as a guitarist since 2015, having as her main previous projects the Hardwired Metallica Tributo and Iron Ladies – only Female Iron Tribute Maiden of Latin America, with which she performed numerous shows in Brazil.

Now, with the consolidated line-up, CRYPTA will focus on finishing writing their new album (which will be recorded and released in 2023) and also on the upcoming shows already scheduled.

REVIEWS:
LEATHER – We Are The Chosen
HER ANXIETY – No Land In Sight
CASKET ROBBERY – Rituals Of Death
EPICA – The Alchemy Project
NUMENTO – The Vile Entity

5 QUESTIONS:
TIGERSCLAW
WE ARE TO BLAME
REMINA
GOLGOTHA