A dark fantastical air and exploration of folklore emanates from “Rise Forth”, the new album by SIREN’S RAIN (out on October 8th, 2021). Founded in 2014 by William Beritich and Rena Hellzinger, SIREN’S RAIN deliver heavy riffs, haunting vocals and ethereal melodies using a vast array of traditional folk instruments. The new record follows the EPs “Nightmares From The Abyss” (2019) and “Beneath The Narrors” (2016, re-released 2018). 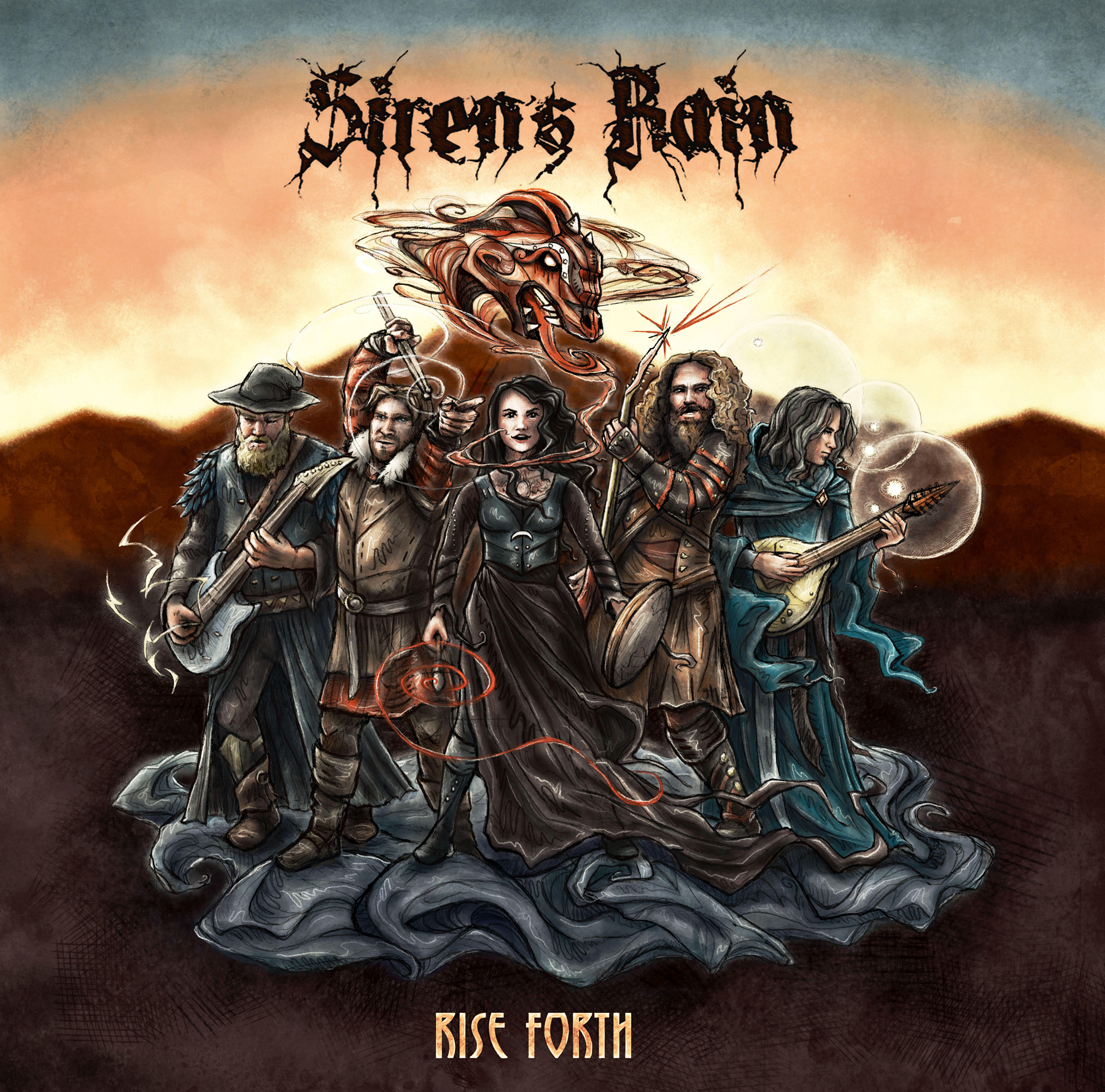 “SIREN’S RAIN is excited to announce the release of our first full-length album, “Rise Forth”. This work revisits the harp and mandolin and introduces the nyckelharpa to the band’s instrumentation. This album delves into the themes of abandonment, betrayal, hope, despair and resilience. Heavier, faster and galloping, this work showcases the band’s musical growth and exploration of the barriers of aggression.”

Drawing musical influences from the likes of Eluveitie, Korpiklaani and Nightwish, SIREN’S RAIN combine deeply emotive and powerful sounds with fascinating lyrics. Exploring a variety of styles sees the title track immerse itself into the realms of Viking metal and “Corporeal Chains” delivers a high energy impact with an ethereal yet catchy chorus hook. Much of their lyrical writing is inspired by mythology of the Pacific Northwest, occasionally venturing further afield with global legends and ghost stories. “Pennies For The Ferryman” draws upon Greek mythology of the ferryman who ferries souls from the world of the living to the world of the dead. Deathly harsh vocals emphasis the dark, morbid mood while soaring cleans bring a comforting tone to the narrative. The atmosphere of each track aptly complements the thematic element.

“Rise Forth” is a powerhouse of heavy, distorted sounds and ornate harmonies. The metal composition creates an epic backdrop for the exquisitely crafted folk instrumentation that explores both the serene and the dark. SIREN’S RAIN have produced an album that is compelling, emotive and transcends the temporal plains.