Sometimes you wonder, after a long time of hardly any activity, whether a band still exists or if they have split up. In recent years, it has been quiet around German/Russian symphonic power metal band TIGERSCLAW. But then, all of a sudden, there’s a new single out, “Titan’s Dawn”, and also a new album with the same title is scheduled for release on November 11th. We asked singer Elena Minina, guitarist/bassist/keyboards player Alexander Baier and drummer Ralf Neumann 5 questions… 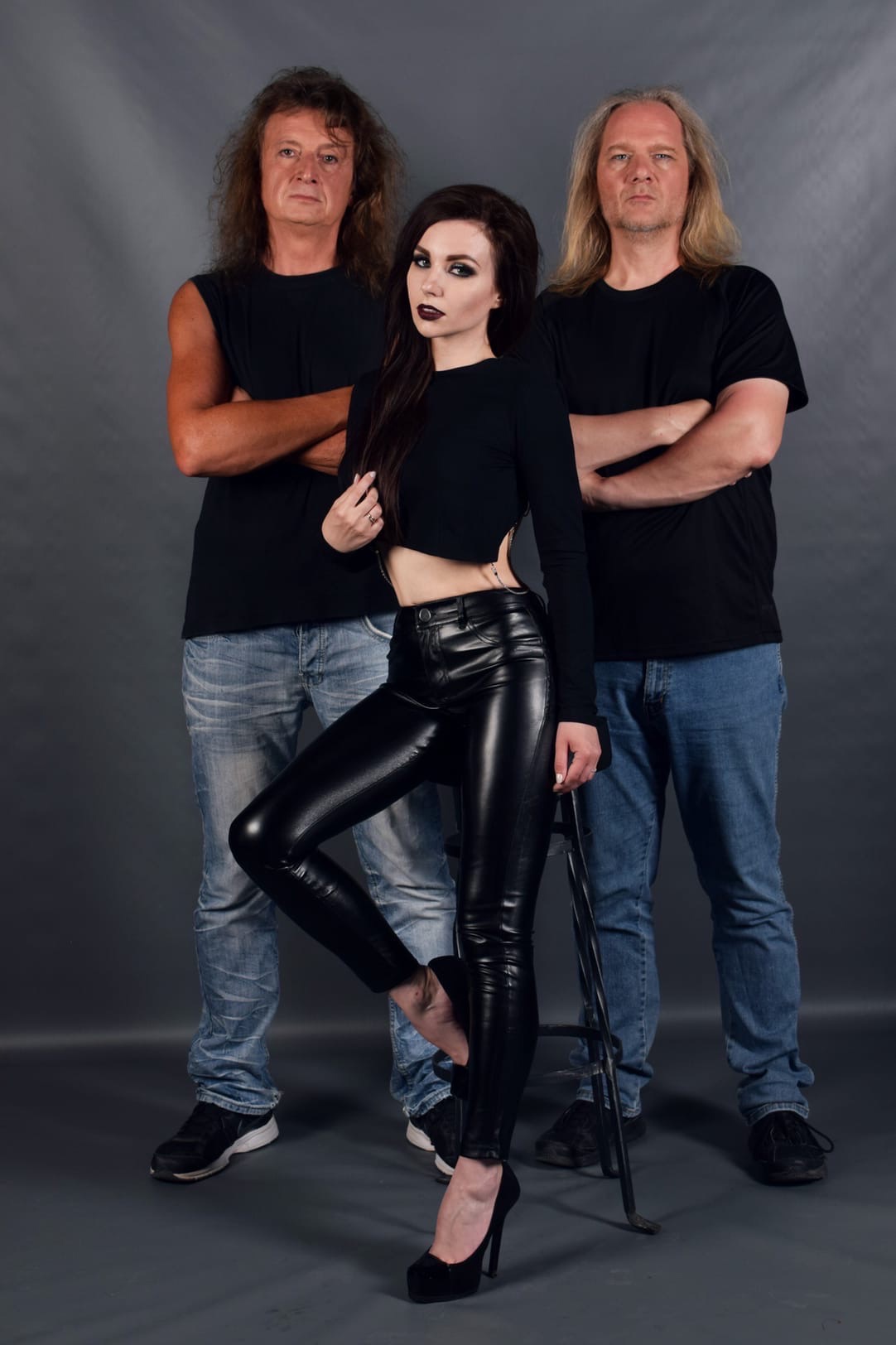 ALEXANDER, TIGERSCLAW RELEASED “PRINCESS OF THE DARK” IN 2017 AND “FORCE OF DESTINY” IN 2019, TWO YEARS LATER. SO THE NEW ALBUM “TITAN’S DAWN” WAS LOGICALLY SCHEDULED FOR 2021?

True, we scheduled the release of “Titan’s Dawn” for 2021. But the whole Covid-19 issue, inclusively the lockdowns, thwarted our planning completely. Additionally, we decided to change our label and searched for a while to find a really reliable and trustworthy one. We found it in our new label Megamix! Simultaneously I composed and wrote new songs. So we had at the end around 20 songs. Much too much for one release. With our label we decided which of the songs will be released on “Titan’s Dawn” and which of them will be spared for the next release. All of them are mastered and completely finished, so our fans can expect that soon more is to come! If only digital or like “Titan’s Dawn” physical too will be seen. We’ll decide that with our label when the time comes.

ELENA, THE FIRST SINGLE RELEASED FROM THE NEW ALBUM WAS ALSO CALLED “TITAN’S DAWN” AND HAD THE SAME COVER ART AS THE NEW ALBUM. WHY DIDN’T YOU HAVE A NEW ONE MADE FOR THE ALBUM?

This is a fairly common situation when the cover of the title track and the cover of the single match. And in our case, we believe that this art reflects not only the essence of the single, but also the epic mood of the entire album as a whole. We were very happy to work this time with the artist – Evgenia Rozhdestvenskaya. Previously, our covers and booklets were mostly photos.

ALEXANDER, THE SECOND SINGLE “ANGUISHED CRY” WAS ACCOMPANIED BY A LYRIC VIDEO. WHAT IS THIS SONG ABOUT AND WILL THERE BE A NEW OFFICIAL VIDEO OUT ON THE RELEASE DATE OF THE ALBUM?

“Anguished Cry” lyrics are about when you are not sure if you are experiencing a dream, nightmare or reality… the feelings, the fear, are they real or not? Just a dream? You want someone to pinch you to wake you up so that everything bad that you feel and sense will end. But nobody pinches you and your torture continues. That’s what the song is basically about. Depending an additional video: I am seriously thinking about that. At the moment i have a lot of work, interviews (like this one^^), promotion, supporting the release of “Titan`s Dawn”, reviews from magazines, etc. It`s hard to find free time right now. And I need to clear my head to come up with a brilliant idea for a new video. Additionally, of course, the implementation takes a while, programming all this is not  a child’s game that you make alongside. I would say it this way: another video will come for sure, but I don’t know if it will be ready in time and at the same time as the release of “Titan`s Dawn”. 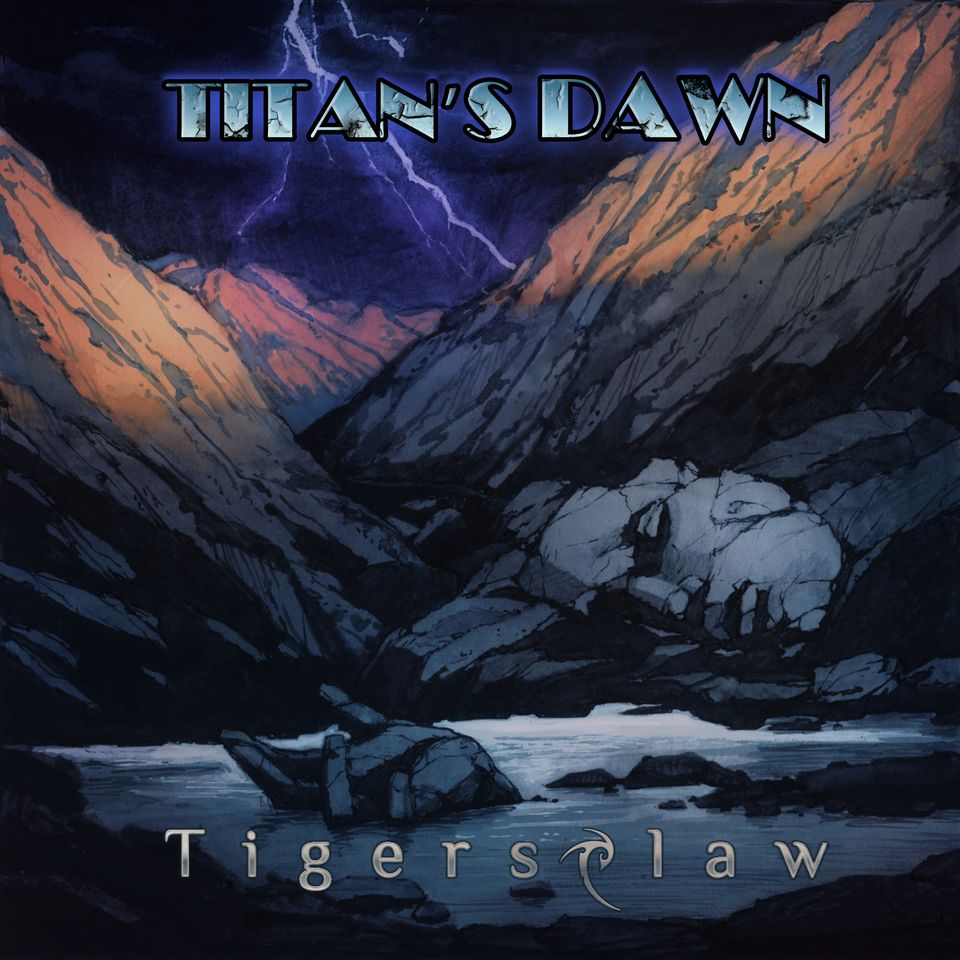 RALF, TIGERSCLAW IS OFFICIALLY A TRIO: ELENA, ALEXANDER AND YOU RALF. YOUR PART (DRUMS) AND THAT OF ELENA (VOCALS) ARE CLEAR, BUT HOW DO YOU FILL IN THE BLANKS ON BASS AND KEYBOARDS WHEN TIGERSCLAW PLAYS LIVE AND ALEXANDER IS ON GUITAR?

We primarily focused on recording “Titan’s Dawn”, our third album. We recorded all these fine songs and we fell in love! First target of our work was that others could enjoy this epic kind of music. And of course we wanted to share it worldwide, best way for that is first to release a fine album with strong partners, a great label who believes in us and that is reliable. This all we found in our new label Megamix, they made all that happen, “Titan’s Dawn” is released worldwide. The future will tell if we engage additional musicians to complete a band or if we play live in momentary line-up and let bass and keyboards be played from a DAW (Digital Audio Workstation). Right now this is the way how we do rehearsals and how we did our recordings.

ELENA, YOU STILL LIVE IN RUSSIA. WITH THE CURRENT SITUATION, IS IT DIFFICULT FOR YOU TO OBTAIN A VISA IF TIGERSCLAW WANT TO TOUR IN EUROPE?

I have a Bulgarian visa right now. For example, if the tour starts tomorrow, I will definitely prepare my documents. And in general our visa centres are working. If I am needed by listeners in Europe, I will definitely come! What can we do, politics is politics and music is music. I love the audience no matter where in the world, and in Russia. And I have been on tour in Europe and Asia many times and I can say – if people love music, the rest goes by the wayside.