According to The Metal Archives, there are numerous metal bands in several genres that are named GOLGOTHA and they hail from all over the world. However, this band with the name GOLGOTHA have their residence on the Balearic Islands in Spain and doom / death metal is their business. They have been around since 1992 and “Mors Diligentis” is already their fifth full-length studio album, released on October 25th through Xtreem Music. We asked María J. Lladó (clean vocals), Miriam Vallés (guttural vocals), Vicente J. Payá (guitar), Andrew Espinosa (bass) and Tomeu Crespí (drums) 5 questions… 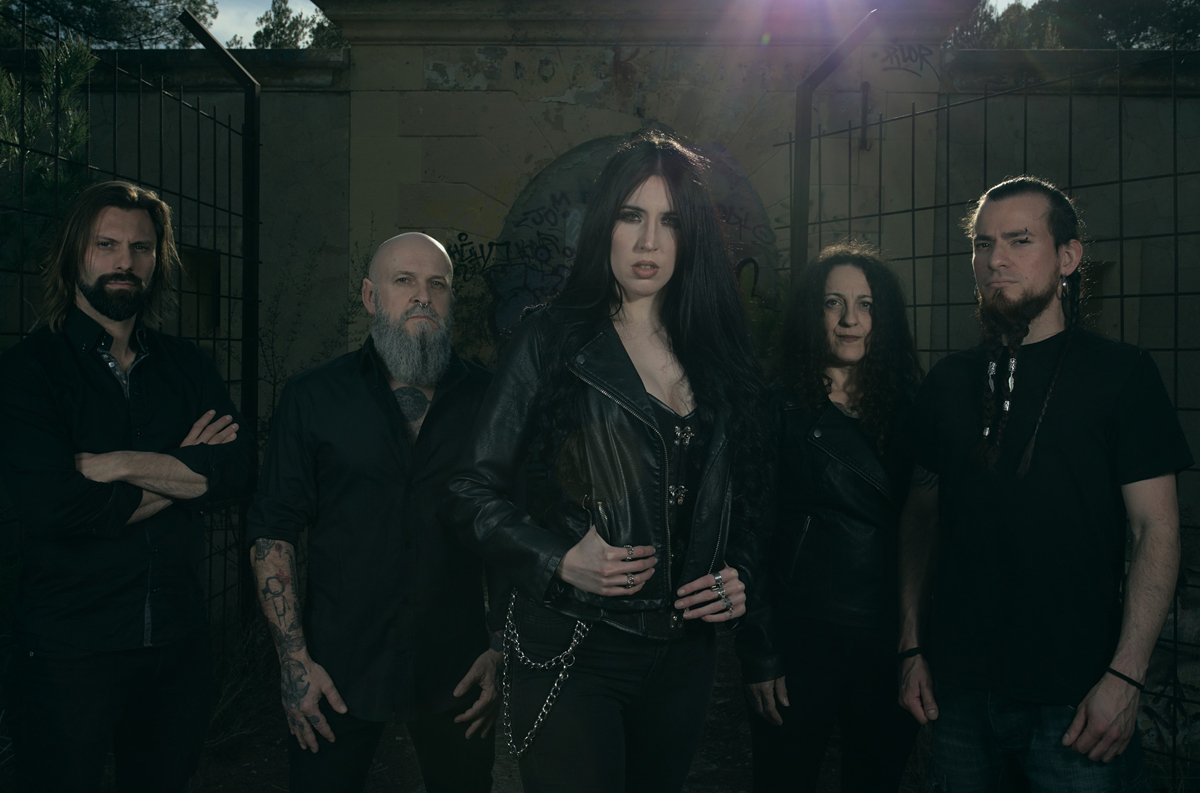 MIRIAM, WHY DID YOU DECIDE TO JOIN A DOOM / DEATH METAL BAND?

I’ve liked this kind of music for years and I really liked singing, but I hadn’t thought about it seriously since I had to study, work, etc… I usually go to all the metal concerts that take place in my city. Last year I went to a GOLGOTHA concert and although I knew the band, I hadn’t had the chance to see them live. I really liked seeing the show, the songs and the truth is that I fell in love! Later they broke the news that the singer was sadly leaving. Sometime later I went to a concert and Vicente asked me if I could sing guttural. I said yes and he asked me if I wanted to do an audition for one of his projects, without telling me what it was about. I took the test and passed it… The surprise came when they told me that it was not a project, that it was for GOLGOTHA! And as you can imagine, I said ‘yes’ without hesitation. I am very happy to be with them.

VICENTE, TO WHAT EXTENT HAS THE ADDITION OF TWO FEMALE VOCALISTS IN 2021 CHANGED THE SOUND OF GOLGOTHA?

The first thing I have to say is that GOLGOTHA has not changed its sound, since from the beginning I have been the only composer of all the songs and they have always had my essence. And it will always be that way. The issue that there are now two women doing the voices is for several reasons that I am going to tell you. Maria was already with the band since she collaborated on the previous album and she entered as an official member on the EP that contains the single “Don’t Waste Your Life“. As our previous vocalist decided to leave the band to be able to dedicate himself to his project that he has with me (Amon The Sign), we had to look for a guttural singer and I contacted a guy who initially said yes, but when it came to recording we did not like it. That’s when I was looking for a guttural singer, Miriam appeared and I liked her a lot, and I thought ahead, since her voice is perfect for GOLGOTHA. It was a series of coincidences that luckily went well and we hope GOLGOTHA listeners like them.

TOMEU, CAN YOU DESCRIBE GOLGOTHA’S NEW ALBUM “MORS DILIGENTIS” IN JUST ONE SENTENCE AND WHY WE SHOULD BUY IT?

For the band we want this new album to be a turning point. A new stage to advance in the growth of the band, since for reasons there are three new members and we want them to walk together to be much better, in the opportunity to play in concert halls as well as in festivals, etc… I could give you 1.000 reasons why you should buy this album, but only one reason why you should not stop doing it: it is an album full of happy and sad feelings, but with a musicality that will enter your soul!!

ANDREW, GOLGOTHA HAVE RELEASED 3 SINGLES FROM THE NEW ALBUM SO FAR, “MY BURDEN”, “OUR TRUST BETRAYED” AND “WAITING FOR MY DEATH”. WILL THERE BE A 4TH ONE ON THE RELEASE DATE?

Yes, in fact we plan to release a video clip and a lyric clip to further promote the album as it has a stronger atmosphere. Which we hope you like a lot and encourage people to buy the album as it is something that no one can miss!

MARÍA, WHAT OTHER SPANISH BAND FROM XTREEM MUSIC WOULD YOU LIKE TO GO ON TOUR WITH AND WHY: BIS•NTE (WITH TWO MEMBERS FROM GOLGOTHA: VICENTE AND YOURSELF), FAMISHGOD OR SÖNAMBULA?

Well, what we all want is to go on tour and play live. We don’t care who we share the stage with because, as I’ve already told you, the important thing is to play. An Xtreem Music Festival would be great since there are many bands with which we can be related in style, Famishgod, Sönambula and of course Bis·nte! Although perhaps the same GOLGOTHA and Bis·nte concert could be exhausting for me… but I would love it!!!